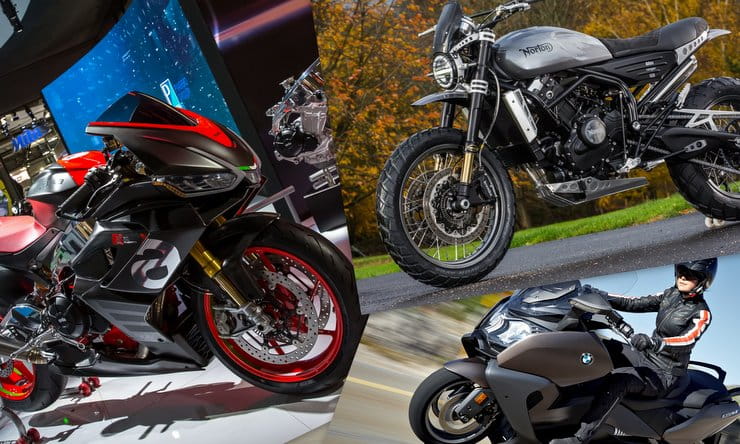 Donald Trump’s US administration is set to propose new tariffs on $11 billion of EU-made products and motorcycles feature on the preliminary list of goods to be targeted.

The latest skirmish in the trade battles that have raged under Trump’s presidency, the new proposed duties are a response to EU support for European aircraft aerospace firm Airbus. The US has long had a beef with EU subsidies to Airbus, which it believes give the European firm an advantage over its main American rival, Boeing. Last May, the World Trade Organization ruled that the EU’s financial assistance to Airbus’ A380 and A350 projects was illegal, adversely affecting Boeing sales. The timing of the US tariff proposal also coincides with crisis at Boeing as its 737 Max models are grounded around the world after two fatal airline crashes.

Where to motorcycles come into the equation? It seems bikes have become a focus point for both the EU and US during escalating trade tensions over the last year or so. In March 2018, Trump announced plans to place taxes on imported steel and aluminium from the EU, saying “Trade wars are good, and easy to win.” When discussions to prevent the tariffs came to nought, the EU retaliated in June 2018 with additional taxes on a $3 billion of US-made goods, notably including bourbon and motorcycles over 500cc – firmly intended to impact iconic brands like Jack Daniel’s and Harley-Davidson. That put an extra 25% tax onto US-made bikes, over and above the existing 6% duty imposed on motorcycles imported into the EU.

The exact level of the proposed tariffs remains to be set, but the US list – which includes a massive range of goods from swordfish steaks to oscilloscopes – particularly picks out motorcycles between 500cc and 700cc, as well as motorcycle parts and accessories.

The capacity boundaries will be a relief to firms like Ducati and Triumph, which currently offer no models falling into that bracket. The main areas of other major European manufacturers including BMW will also dodge the taxes.

However, Norton – which recently revealed the 650cc parallel twin range that is intended to form a mass-market mainstay to its future – could be hit. Triumph is also developing new mid-sized models that might fall into the same trap, and Aprilia’s highly-anticipated RS660 twin, due in production next year, is another potential victim.

Whether Brexit will impact the tariffs isn’t clear, but given the UK’s deep involvement with Airbus (the proposed US tariffs also include additional ones for aircraft parts from the Airbus-involved nations; the UK, France, Germany and Spain), our decision to leave the EU may not be an escape route.

Speaking about the Airbus issue that’s being blamed for the proposed tariffs, U.S. Trade Representative Robert Lighthizer said: “This case has been in litigation for 14 years, and the time has come for action. The Administration is preparing to respond immediately when the WTO issues its finding on the value of U.S. countermeasures. Our ultimate goal is to reach an agreement with the EU to end all WTO-inconsistent subsidies to large civil aircraft.  When the EU ends these harmful subsidies, the additional U.S. duties imposed in response can be lifted.”