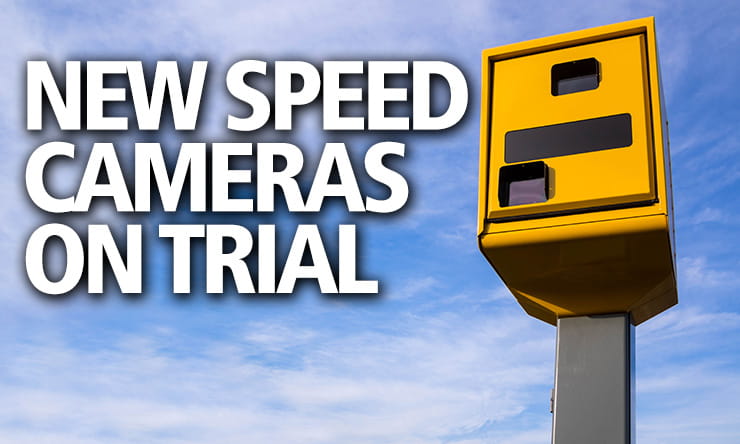 New, more discreet speed cameras known as ‘Yellow Vultures’ are being tested by the Devon and Cornwall Speed Camera Partnership on the A38 and other dual carriageways near Plymouth.

Number plate reading technology uses high-definition imagery from cameras that work in both daylight and at night, thanks to infra-red illuminators that also help in extreme weather. The cameras – which work in pairs – are synchronised to record the exact time that each vehicle passes, capturing any speeding or bad riding / driving behaviour.

The pairing works in much the same way as the current average speed cameras. This means that along a stretch of road the first and third or second and fourth might be paired, for example, to quickly work out the average speed between them.

The common perception is that – under guidance from the National Police Chiefs Council – a speeding ticket will not be issued if the rider/driver was below the limit by 10% plus 2mph, but several police forces – who will also be trialling the new cameras – have indicated that offenders can expect far less leeway, and could receive a ticket for exceeding the limit by just 1mph.

Interestingly, it’s claimed that the cameras will also be able to spot motorists texting, making calls, not wearing a seat belt and even eating while driving.

Riders could also land themselves an automatic fine on a smart motorway, even when a variable speed limit is not active. Many believe that the cameras are only live when a restriction is in place, and not on all the time, but police officers in Derbyshire confirmed that cameras on the M1 can catch drivers breaching variable speed limits, as well as those exceeding 70mph. And travelling in a closed lane – usually marked with a red ‘X’ to improve traffic flow or to warn of an accident further down the road – can incur a fixed penalty of £100 and three penalty points.

A Freedom of Information request submitted to police revealed that the four cameras on the M1 – between Tibshelf services and junction 29A at Duck Manton – caught 8,382 riders and drivers in 2017.

Jim O’Sullivan, chief executive of Highways England, stated that 40, 50 or 60mph speed limits were being set before congestion mounted on smart motorways, based on predictions about traffic levels across the country. He conceded however that some drivers are frustrated when they have to slow down for expected traffic build-up on deserted roads.

72,348 people were fined on motorways with variable speed limits in the UK in 2017, which is a tenfold rise in five years and almost double compared to a year earlier.

These charges have cost 210,538 motorcyclists and motorists up to £526 million in speeding fines since they were first introduced in 2013.