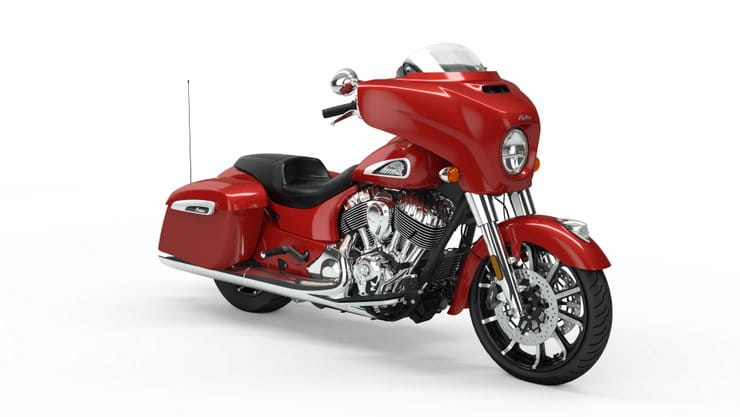 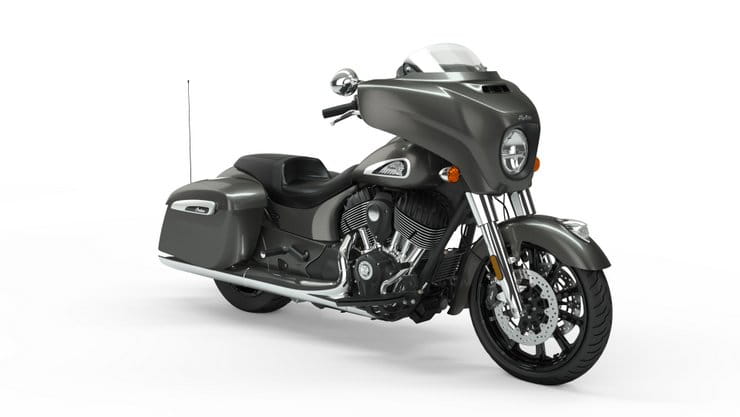 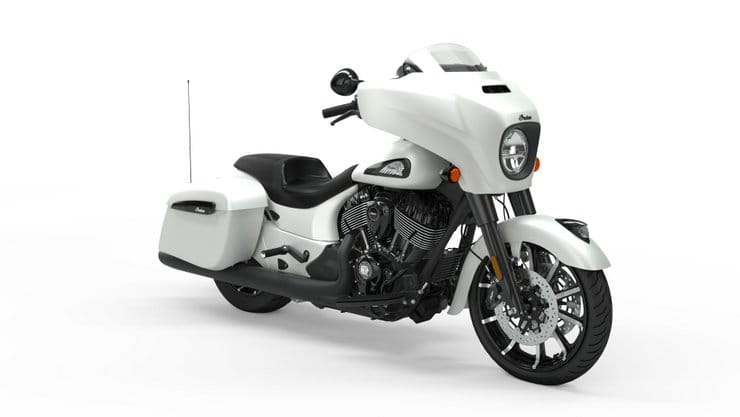 When is a V-twin not a V-twin? In the case of Indian’s 2019 range, the answer is when it’s at tickover. Because the firm has introduced a cylinder deactivation system on all its big, air-cooled ‘Thunderstroke III’ models.

The idea is that when you don’t need power, it saves fuel and reduces emissions to simply cut both the fuel and the spark to one cylinder. In this case, it’s the rear one, which makes sense as that’s the cylinder that gets less airflow and is likely to run hotter as a result.

In fact, you could argue that the 2019 Thunderstroke-powered Indians are actually the world’s first variable-capacity motorcycles. When you’re using the engine’s performance, they’re 1811cc V-twins. At idle, though, they’re 905.5cc singles.

It’s not a new idea; more than a decade ago, in 2006, Honda revealed a prototype Super Blackbird that ran on two cylinders for part of the time, only switching to four when you needed the performance. The VFR1200F was also designed with cylinder deactivation in mind – Honda filed several patents explaining how the bike might be made to run as a parallel twin instead of a V-four – but never made it to production in  that form.

In cars the idea dates back much further. In 1981 Cadillac sold a “V8-6-4” modular displacement engine that could operate as a 6.0 litre V8, a 4.5 litre V6 or a 3.0 litre V4 but shutting down pairs of cylinders. It was terrible and most owners disabled the system. Cadillac ditched the idea a year later.

More recently, the idea has been revived and these days a lot of General Motors V8 engines, from Chevy trucks right the way to Corvettes, use cylinder deactivation to save fuel. 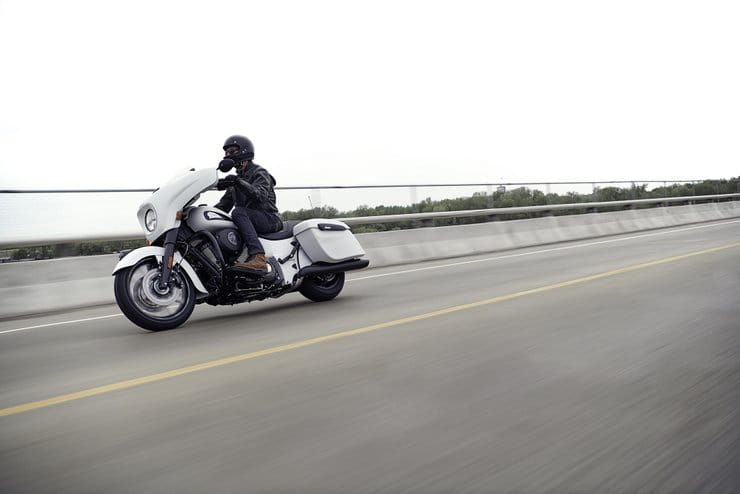 On Indian’s new Thunderstroke machines, the rear cylinder is deactivated only in very specific circumstances.

In particular, it happens only when the bike is stationary, sitting at idle, so you’ll never actually be riding it as a single. As soon as you crack the throttle the rear cylinder leaps back into life. What’s more, it only operates when the ambient air temperature is over 15 degrees C. So in the UK it’s not going to happen at all for much of the year.

What else is new on 2019’s Indians? Well, the firm has added a riding modes as part of its engine revamp, so you can swap between Tour, Standard or Sport, with each getting a remapped throttle response to change the feel of the bike.

It’s pretty standard stuff these days, but a first for Indian’s large V-twins. 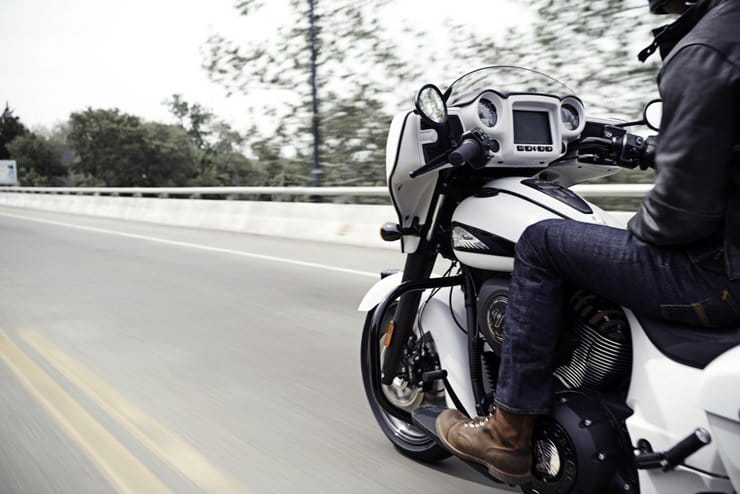 Turning to specific models, the biggest changes for Indian’s 2019 line-up apply to the Chieftain bagger line, which includes the Chieftain, Chieftain Dark Horse and Chieftain Limited.

All three of those bikes get new bodywork with a much sleeker fairing than the old, overly-chromed affair.  And to match, Indian has given them newly-designed panniers that again help clean up their lines.

Perhaps most notably, the bikes all ditch the traditional Indian front mudguard, which encloses much of the wheel, instead adopting a more conventional style. That might be controversial with hard-core fans of the brand, but it should help expand the bikes’ appeal to those who found the original design a bit over-the-top.

If you’re a fan of the previous model, Indian will still be selling a Chieftain Classic, retaining the older fairing and pannier design. 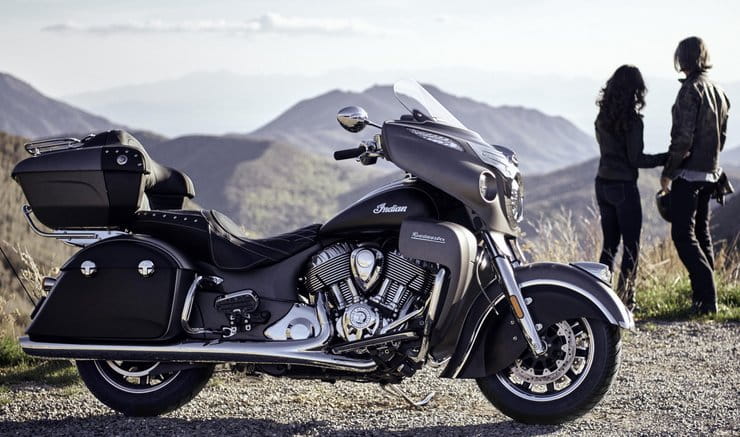 The new bikes also get a ‘Rogue gunfighter’ seat, which is slimmer and lacks the old-fashioned-looking studs of the old model.

Harley-Davidson has made much of the latest stereo and infotainment system on its 2019 touring bikes, and Indian is stepping up its game in that area too. The new Chieftain models get a 100w sound system, which can be upgraded in various ways depending on the depth your pockets. 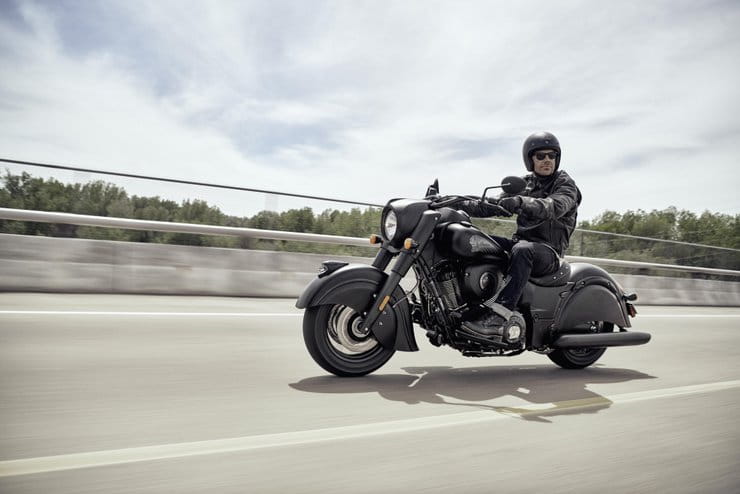 Elsewhere in Indian’s 2019 line-up, the Chief, Springfield and Roadmaster are also updated.

Like the Chieftains, they get selectable riding modes and rear cylinder deactivation, plus the updated 100w audio systems which tailor their equalisation as speeds increase.

Appearance-wise, there’s less to shout about, but the Roadmaster gains reshaped lower fairings that are claimed to improve comfort by directing more airflow to the rider via an adjustable vent that can be opened or closed depending on the weather. Indian will also be offering the same lowers as an aftermarket option for existing owners to upgrade their bikes. 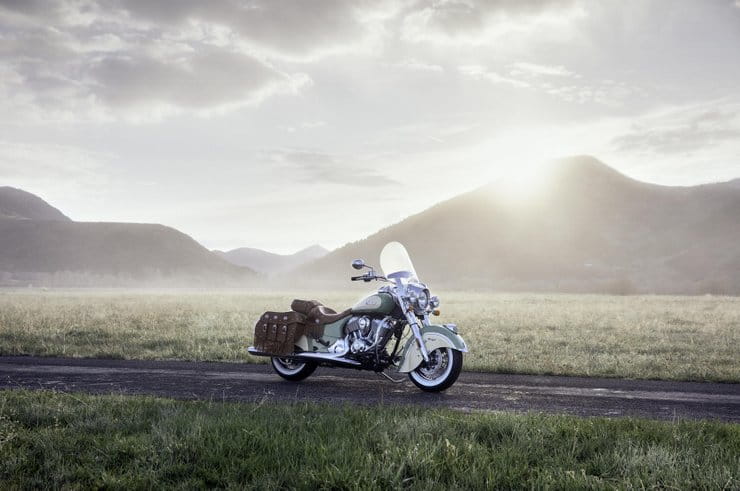