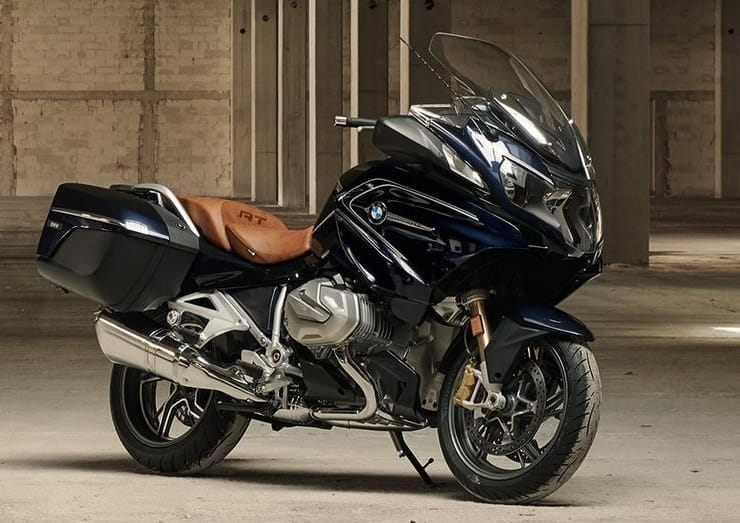 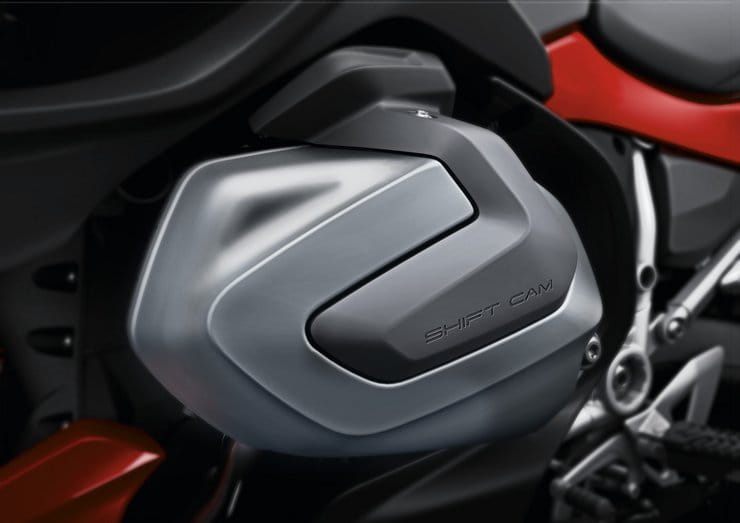 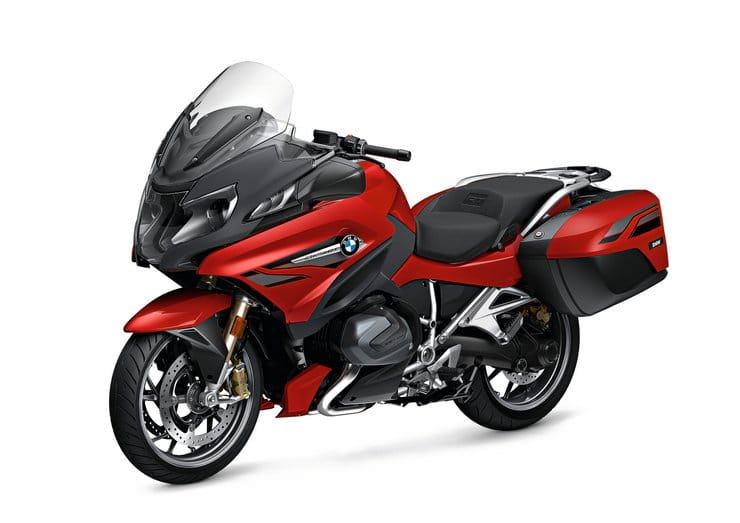 BMW’s new R1250GS might be the big news of the firm’s launch today but the 2019 R1250RT tourer shares the same redesigned engine and gets even more technology.

As with the GS, the headline news of the R1250RT’s unveiling is its new 1254cc boxer engine, which uses variable valve timing and lift to become one of the most high-tech power units on any modern motorcycle. 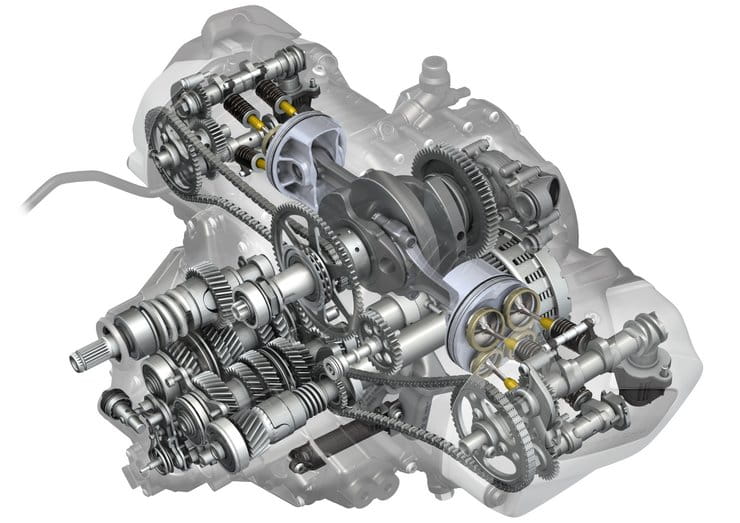 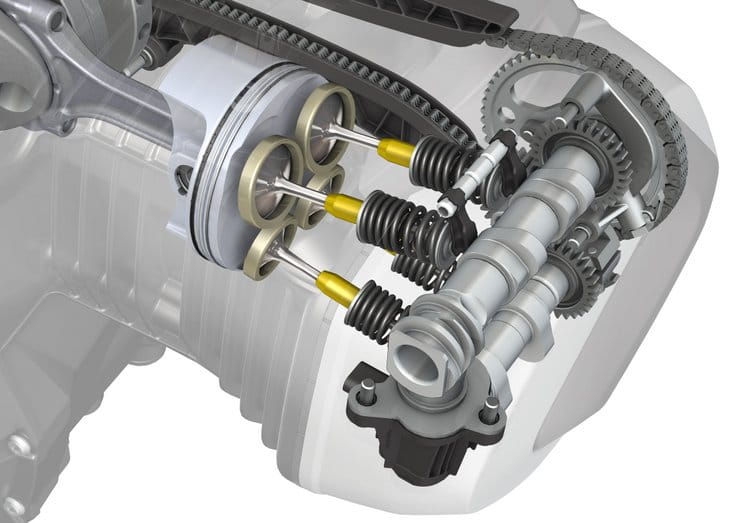 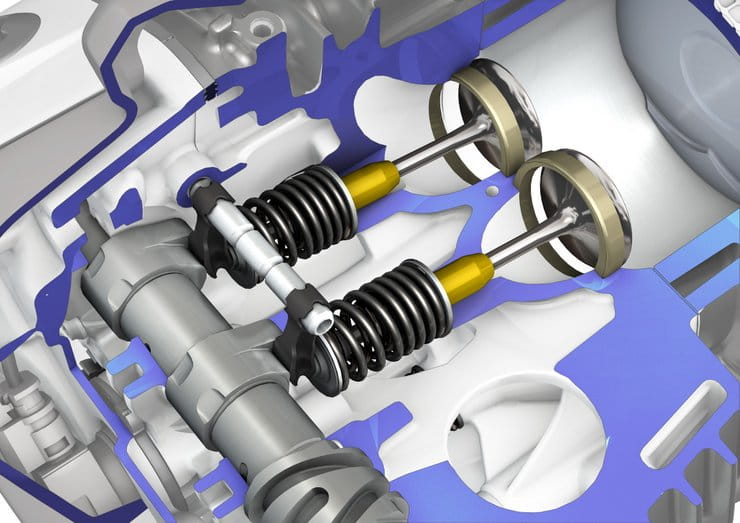 Variable valve timing and lift is the key to the improvement, and BMW’s ShiftCam system does exactly what it says on the tin. It literally shifts the inlet cam forwards and backwards by a few millimetres to engage one of two different cam lobes with the valves.

The partial-load cam lobes are relatively gentle – their timing isn’t very extreme and the lift and duration (how wide the valve opens and how long it stays open for) are moderate. Basically, it’s the sort of cam profile that you’d find in an engine tuned for economy and mid-range grunt rather than one designed for peak power.

In comparison, the full-load lobes, which come into play under larger throttle openings, open the valves wider and hold them open for longer to get more air and fuel into the cylinder, adding up to increased outright performance. It’s a sports bike profile, and you’d normally expect to suffer downsides in the form of worse fuel consumption, more emissions and perhaps less mid-range, part-throttle torque in exchange for the peak performance that it offers.

BMW’s system means you should get the best of both worlds, and on paper it delivers. Not only is there much more peak power and torque than the additional 84cc alone could account for, but there’s a big boost in mid-range torque, with more than 88.5lbft of torque all the way from 3500rpm to 7750rpm, and more than 81.1lbft right from 2000rpm to 8250rpm. To put that in perspective, a BMW S1000RR’s engine peaks at 83.3lbft, and needs to be spinning at 10,500rpm to do it.

As a bonus, the R1250 engine’s emissions are also lower than the old 1170cc boxer managed, and fuel consumption is 4% better than before.

Like the new GS, the 2019 RT also gets a slipper clutch and a host of electronic goodies including hill start control, traction control and ‘road’ and ‘rain’ riding modes as standard. There’s the option of even more elaborate electronics in the Riding Modes Pro pack, too, including cornering ABS and cornering traction control. 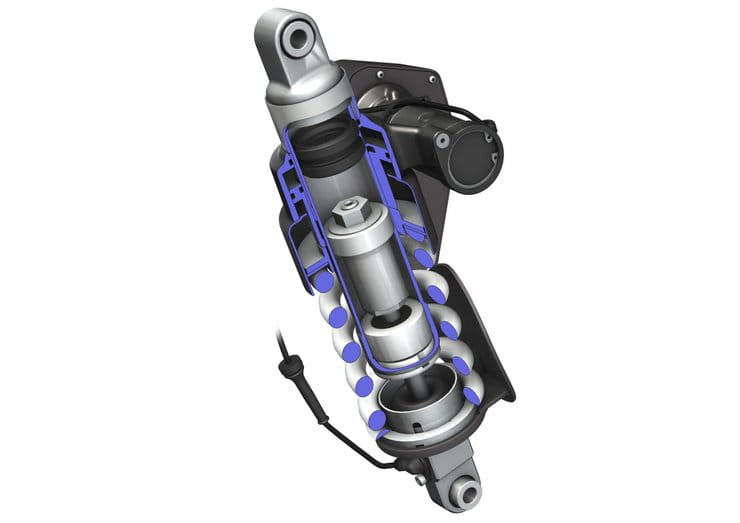 BMW’s ‘Next Generation’ Dynamic ESA electronic suspension is another new feature for the R1250RT, albeit as an optional extra.

Already offered on the R1200GS and carried over to the new R1250GS, the system automatically adapts the damping to suit the riding conditions and specific manoeuvres, taking data from speed sensors and suspension movement to detect what’s happening, and altering the damping to suit. You can also switch it to a tighter ‘Dynamic’ setting.

Particularly useful on a tourer like the R1250RT, the system also automatically compensates when the bike is heavily loaded, so there’s no need to fiddle with the preload when you’ve filled the panniers.

Visually, the R1250RT gains a new bellypan as well as the redesigned cam covers and exhaust system that go with the new ShiftCam engine. BMW is going to offer a basic version, in police-style white with silver wheels. Moving up a notch, you’ll also be able to specify an ‘Option 719’ special finish in either blue or ‘storm’ (brown), with hand-painted pinstriping and gold calipers. There’s also an R1250RT Sport in red and grey, with grey cylinder heads and wheels, or an R1250RT Elegance with black bodywork, a silver drivetrain and wheels. Both of these also get gold calipers.