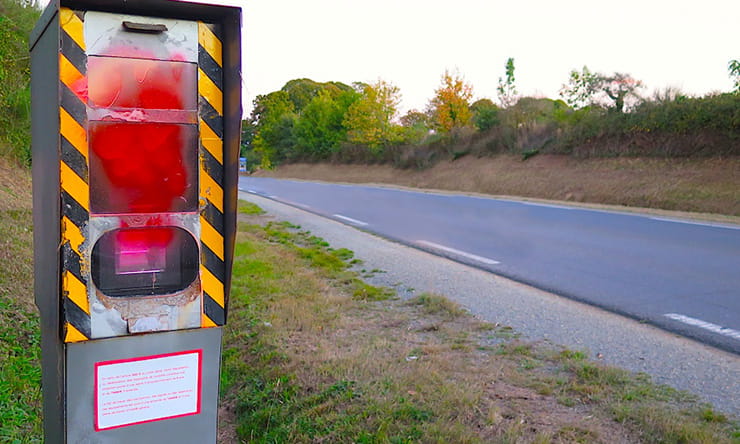 Since the beginning of July, the upper speed limit on France's main road networks (not including motorways and dual carriageways) has dropped from 90km/h (56mph) to 80km/h (50mph), and the French public really aren't happy about it. Predictably, they're not taking it lying down – during July there were over 400 separate cases of speed cameras being vandalised across the country.

The reason for their anger is not specifically the lower speed limit – although critics point out that the blanket rule takes no notice of the difference between the long, straight, wide roads that criss-cross the heart of France, and the twisty, tricky country lanes and mountain roads elsewhere. The main objection is the conviction that despite government claims that this is a safety measure, it's really just designed to raise more revenue from speeding fines.

Speeding is already big business in France – last year fixed speed cameras flashed around 26 million times, leading to 17 million tickets, bringing in around a billion euros in fines. That's set to rise enormously with the new lower limit – in the first month some local authorities were reporting the number of flashes had more than doubled compared with the previous month's figures.

According to Pierre Chasserey of the motorists' rights group 40 Millions d'Automobilistes, “The repression of road users, and in particular the fines and penalties associated with exceeding the speed limit, has reached such a level that the speed camera is nowadays seen as a tool serving more as a revenue-raiser than as a safety measure. It's become a symbol of the abuse of power.”

Daniel Quéro, president of the same association, adds, “The imposition of a law which is rejected by pretty much all French people is completely counter-productive in terms of safety. For such a measure to be effective, it needs to be accepted by everyone. They need to work with us, not against us. When a measure like this, which is so strongly opposed by everyone, is forced through, and the sanctions are so extreme, it's never going to end well.”

Vandalising a speed camera can cost five years in prison

Given the French penchant for ‘action directe’ it's no surprise that anger against the state for imposing such an unpopular law has taken the form of vandalising speed cameras. There has always been a certain amount of sabotage towards cameras, but this has accelerated hugely in the past three months – 400 reported cases in July 2018 is four times more than the same month in 2017. Usually it's simply a case of spraying paint over the lens – often they're sprayed again as soon as they've been cleaned – but others have been smashed and/or burned. This isn't without its risks for the perpetrators as the maximum sentence for damaging a fixed camera installation is a hefty five years in prison and a 75,000 euro fine. Even just painting graffiti on one leaves you open to a 15,000 euro fine and a year's community service. 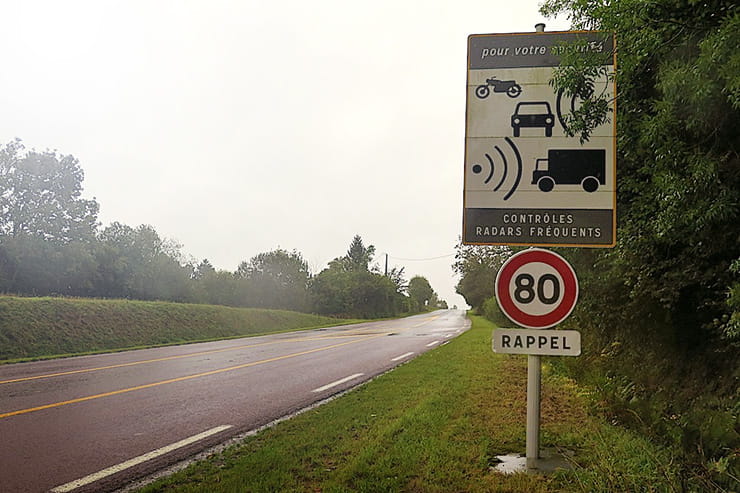 The safest roads have the most speeding fines

This disproportionality is seen as just an extension of the lack of fairness in fines and penalties generally. The vast majority of French speeding tickets up to now have been on autoroutes – already the safest roads to drive, statistically. In fact, all of the top ten ticket-issuing cameras are on autoroutes. Between them, just those ten cameras account for around one million flashes per year – the camera on the A40 between Chamonix and Mâcon is reliably the most active, with over 125,000 tickets to its ‘credit’ in 2017. Sceptics suggest that the lowering of the general speed limit is purely designed to increase revenues on the previously ‘unprofitable’ Route Nationale and Route Departmental networks, where the ten least-busy cameras only managed a paltry 237 flashes between them in 2016. The two least active cameras in France – on the RD534 in the Ardèche, and the RD922 near Clermont Ferrand – tied for last place with just four flashes each over the year...

It doesn't help the government's case that the new law was trialled in a couple of areas over the past couple of years, and that the national adoption of the limit was only supposed to come into force if those trials proved a reduction in accident statistics. In the end, the Government only released selected (and far from conclusive) figures, and even then only under heavy pressure from motoring organisations. Now the same organisations are demanding the release of the first quarterly figures for the whole of France under the new rules – so far without success.

You can be prosecuted for driving too slowly in France

Unless you live in France, you might be wondering how this affects you, but if you ever ride there, it definitely does. last year the French authorities issued over three million speeding tickets for foreign-registered vehicles, and that's only set to rise.

Another related story goes to underline how absurd the new rules really are. In September, a French driver was stopped and fined near Dijon – for driving too slowly. He was doing 60kph in an 80kph limit. French law states that no one should drive, 'At an abnormally slow speed, relative to the driving conditions and the technical capacities of the vehicle in question."

At the very least, the new 80km/h limit is itself in flat contravention of that.