Budget 2018: What it means for motorcyclists 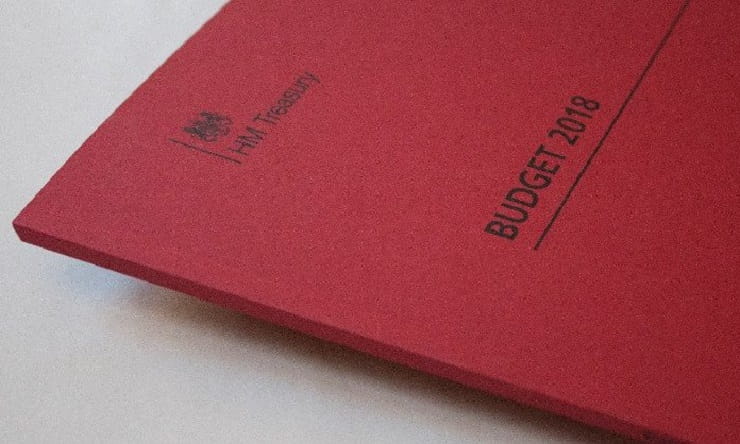 It’s Budget time again and as usual the Government has made decisions that either expressly or obliquely impact motorcycling in its plans for future taxation and spending.

The biggest headline when it comes to motoring is the announcement by the Chancellor, Phillip Hammond, that some £28.8 billion is being earmarked as a National Roads Fund, mainly aimed at improving the Strategic Roads Network made up of motorways, A-roads and trunk roads. They’ll get £25.3 billion, with the remainder being split among local roads projects.

The commitment shows that the Government is coming good on a promise made by former Chancellor George Osbourne in 2015. He promised that from 2020, all money raised from VED would be ring-fenced to be spent on the road network, rather than around 25% of it as in the past.

Fleshed out in more detail in Phillip Hammond’s latest Budget, the £28.8 billion will be spent on the roads between 2020 and 2025. That equates to nearly £6 billion per year – the amount raised by VED.

The Chancellor also announced that he’s allocating an additional £420 million to local authorities, effective immediately, to tackle the problem of potholes and damaged roads and bridges. A further £150 million will be available for small local projects like new roundabouts.

While any funding to repair the fast-deteriorating road network is going to be welcomed by anyone on two wheels, the cash injection has already caught flak from multiple directions. Some have compared it to a commitment to spend £400 million extra on schools, with the National Association of Head Teachers saying: “The government is proposing to spend about the same on schools as it is spending on potholes. For schools and young people, austerity is most certainly not over.”

On the other side of the argument, the Asphalt Industry Alliance has already said that it’s nowhere near enough to end the decline of Britain’s roads, saying that £8 billion is needed to fix the existing pothole problem.

When it comes to the cost of riding next year, fuel duty has been frozen for the ninth consecutive year, although with petrol prices already near record highs that’s little consolation. Vehicle Excise Duty for bikes, cars and vans is set to rise in line with the Retail Price Index from 1 April 2019, although it’s been frozen for HGVs. On a more niche motorcycle-related note, Blood Bikes are set to be exempted from April 2020 to bring them into line with other emergency vehicles.