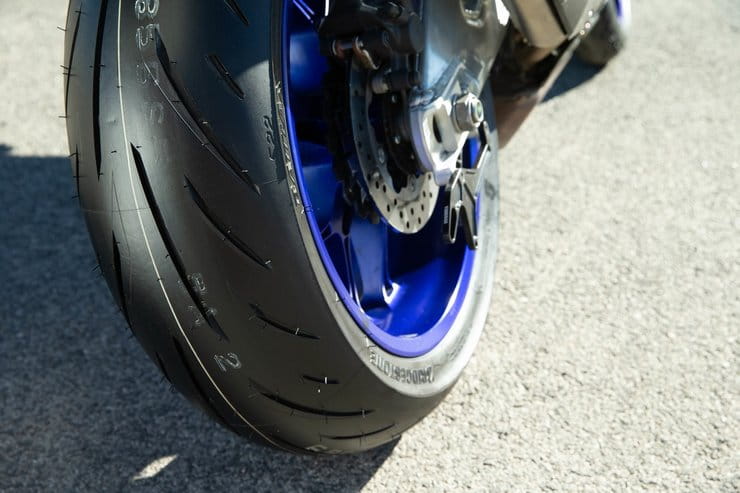 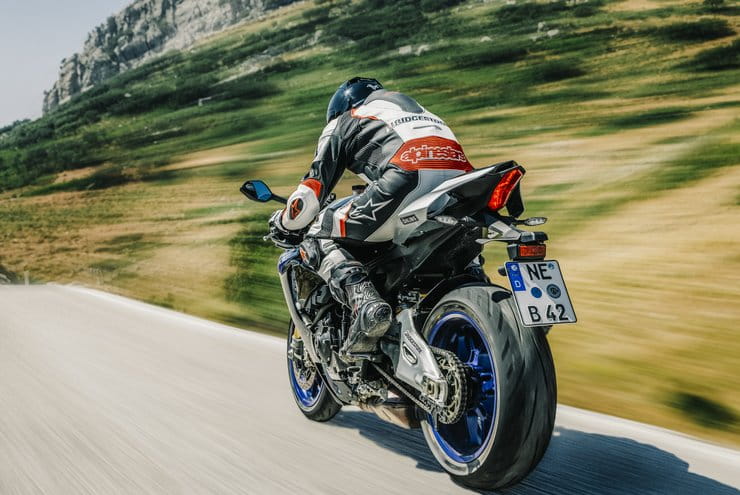 Bridgestone has used the Intermot show in Cologne as a platform to launch no fewer than four new tyres that are coming in 2019 including redesigned sports, adventure, scrambler and enduro rubber.

Bridgestone’s new Hypersports S22 is a replacement for the previous S21, a tyre designed for superbikes that has an eye on the road instead of purely focussing on track use.

Compared to the S21, Bridgestone says the S22 increases cornering speed in the dry by an astounding 15%, improving laptimes by 1.2%, but in the wet it promises a 5% faster laptime – as measured on a BMW S1000RR around Autopolis in Japan, anyway.

It uses three separate compounds, with the hardest in the centre, a softer section as you start to lean and the very softest right on the edge of the tyre. Overall, it promises better grip in every situation compared to the S21, both wet and dry. 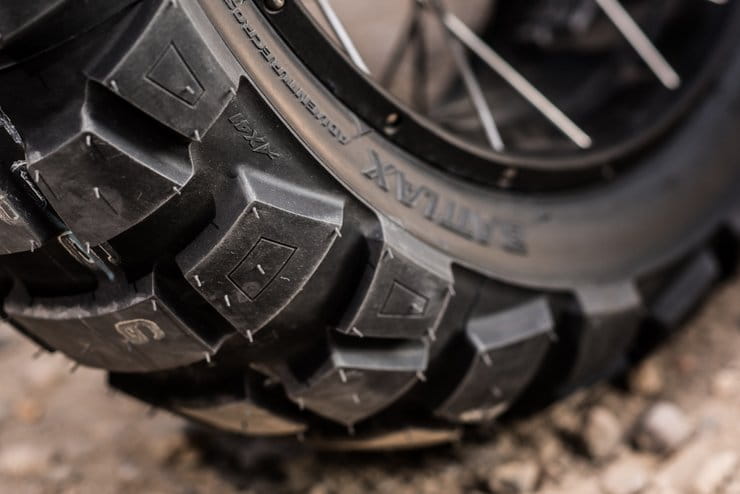 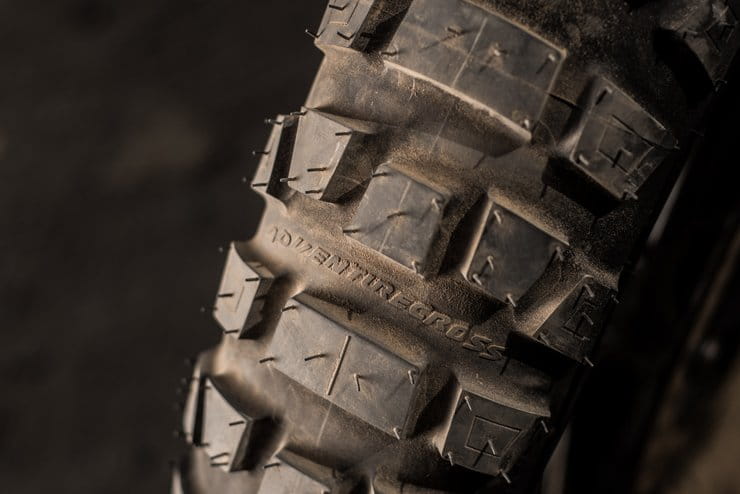 Adventure bikes are the hottest market out there at the moment so it’s no surprise to see companies racing to make a wide range of tyre options for them. Bridgestone’s new Adventurecross AX41 is a more off-road biased alternative to the on-road Battlax Adventure A41.

Compared to that tyre, the AX41 is more rigid and features more tread blocks. Unsurprisingly, the result is better off-road grip and traction, but it loses out in when it comes to on-road grip in both wet and dry conditions compared to the A41. 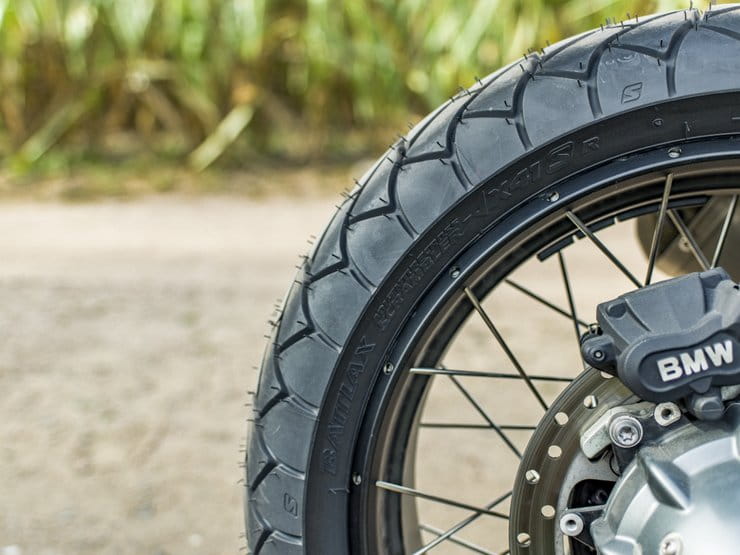 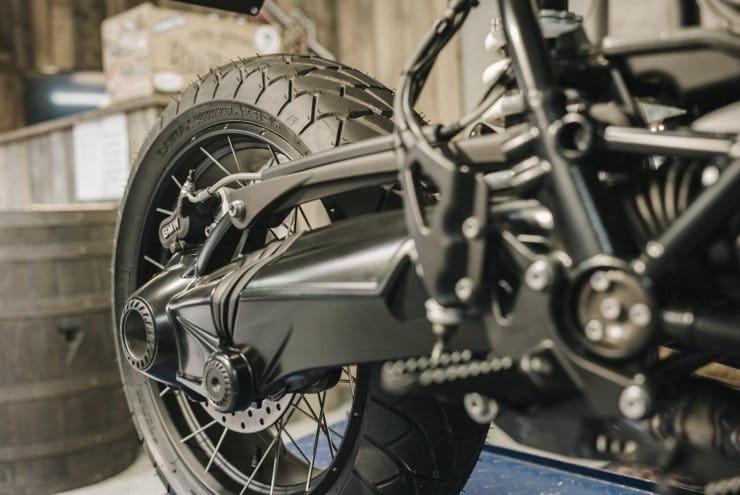 Scrambers are another growing segment of the market and Bridgestone’s Adventurecross Scrambler AX41S is designed to cater to them.

Despite the similar name to the Adventurecross AX41, the AX41S has a completely different tread design, with a blocky look but far less off-road intent. It’s aimed at both scramblers and cafe racers, giving a retro look combined with a sports-touring rubber compound. 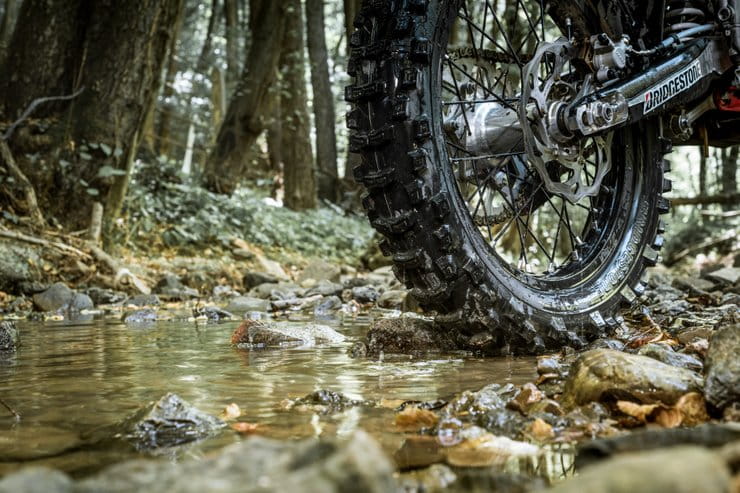 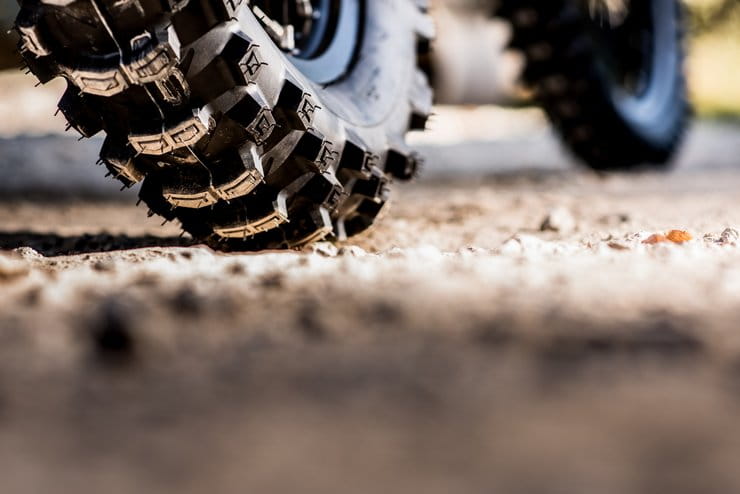 A full-on enduro tyre, the Battlecross E50 is aimed at competition use, although it is homologated to be used on the road if you so desire.

A new tread pattern, designed to increase the edge component of the blocks, is claimed to improve cornering and straight line traction.