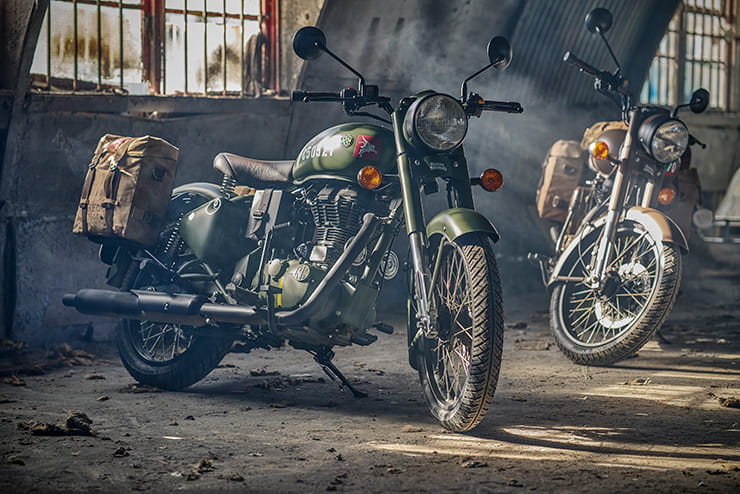 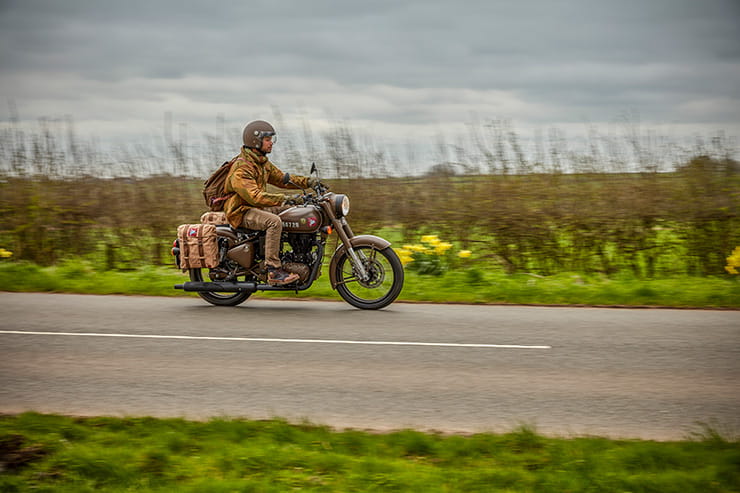 World War Two might have ended more than 70 years ago but interest in the most significant conflict ever to take place has never waned. And just as the famous Willys Jeep has a modern descendant that still bears the original’s style, so Royal Enfield has created a bike to mark its involvement in the war and specifically to pay homage to its 125cc WD/RE ‘Flying Flea’ paratrooper bike.

Called the Classic 500 Pegasus, it’s a limited-edition derivative of the Classic 500. Just 1000 will be made, with only 190 of them earmarked for the UK market.

Each gets a Parachute Regiment ‘Pegasus’ badge on the tank and an individually-stencilled serial number. The markings are copied from a genuine Flying Flea used by the 250th (Airborne) Light Company, now in Royal Enfield’s official collection at the company’s UK Technology Centre.

Two colour options – ‘Service Brown’ and ‘Olive Drab Green’ – are to be offered, along with a range of accessories including clothing, t-shirts, caps, bags and helmets.

Military-style canvas panniers, each with the Pegasus logo, are standard, as are brown handlebar grips and a leather strap with brass buckles on the air filter. Of course all the chrome is replaced with black-painted parts. 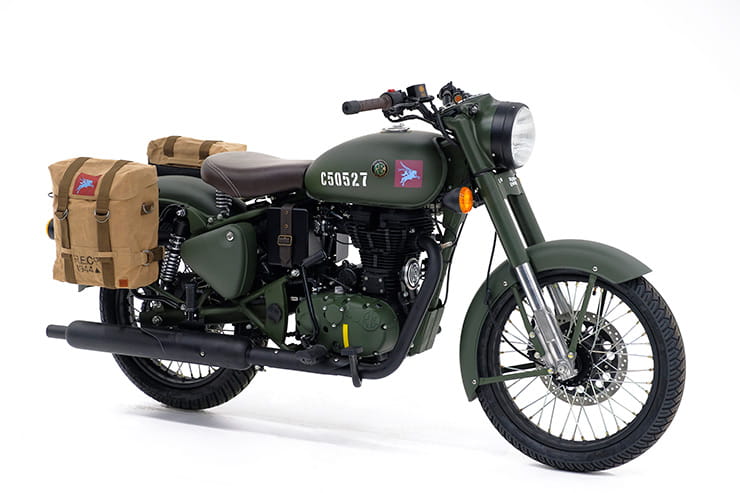 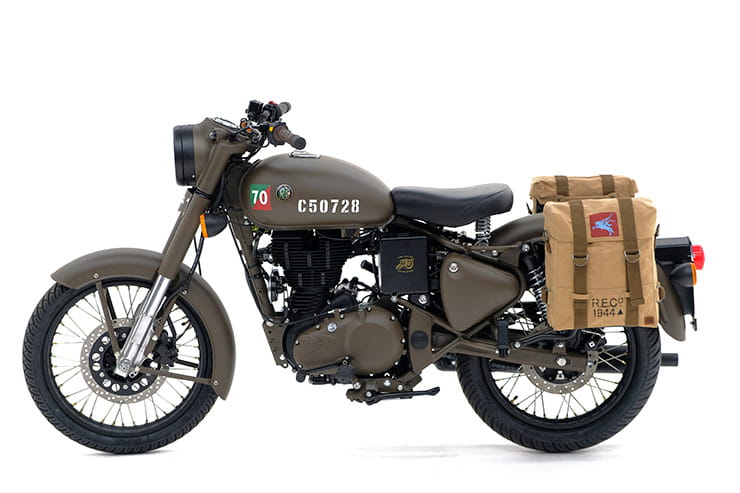 Enfield’s machines provided transport in both the WW1 and WW2, and even today the company supplies the Indian army with bikes. But of all its military endeavours the Flying Flea is the most famous.

Created in 1942, the Enfield WD/RE (War Department Royal Enfield) was a 125cc two-stroke derived from the firm’s pre-war machines but specifically designed to be light and rugged enough to be dropped by parachute. Its ‘Flying Flea’ nickname reflected that, and more than 4000 were made.

The Flying Flea made its name in Operation Market Garden. In September 1944, the allied forces launched the largest airborne operation ever, aiming to liberate parts of Holland and to capture key bridges that would give a route into the heart of Germany’s industrial region.

Although ultimately unsuccessful, the operation gave the Flying Flea a chance to shine. At the Battle of Arnhem, Britain’s 1st Airborne Division held out against German tanks for seven days, using Flying Fleas as messenger bikes.

Arnhem veteran John Jeffries said: “They used to be buzzing around from all over. I liked that motorcycle. They were a lovely size. I always judged a motorcycle by its weight and the Royal Enfield was just my type.”

They were used again during the D-Day invasion, brought in with troops on the landing craft. 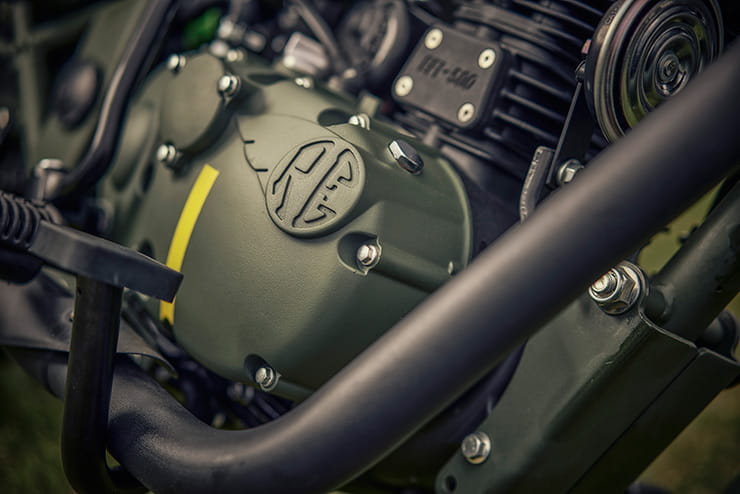 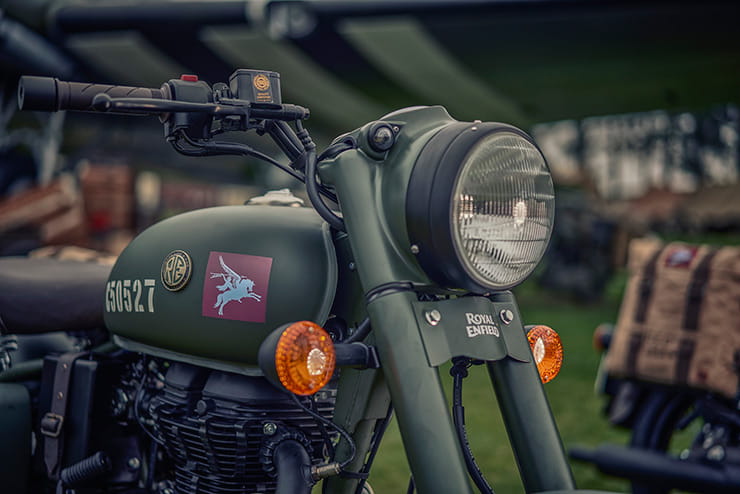 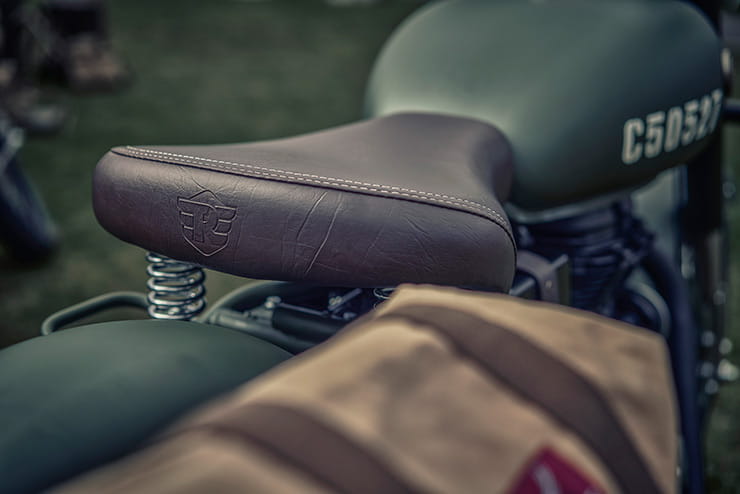 Siddhartha Lal, Royal Enfield’s CEO, said: “The story of the Flying Flea is both remarkable and inspiring, and it has a history like no other motorcycle. Rugged military motorcycles have been – and continue to be - an integral part of Royal Enfield’s heritage, as we endeavour to build classic, simple, enduring motorcycles. Our machines have played an important role in both World Wars, earning a reputation for endurance in the toughest conditions. The Classic 500 Pegasus is an homage to the legendary war stories and to the resilience and pedigree of Royal Enfield.”

Mark Wells, Royal Enfield’s Head of Global Product Strategy and Industrial Design said: “It was really important to work closely with the Ministry of Defence, so we approached the Parachute Regiment about 18 months ago and said we’d like work together on a project and the collaboration has been great. These new Classic 500 Pegasus motorcycles encapsulate a lot of the history and legacy of Royal Enfield. This is something only Royal Enfield could have done. Many brands have military motorcycles in their past but only Royal Enfield has the Flying Flea.”