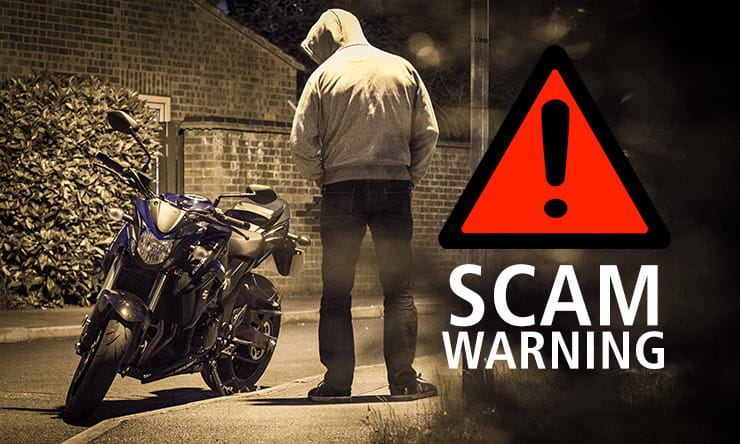 BikeSocial has learned of a vicious new scam that motorcyclists need to be aware of: organised crime gangs have found a new way to exploit the victims of theft in the UK, by extracting money from them on the suggestion that their machines have been recovered overseas, often in – but not limited to – South Africa.

Both motorcyclists and car drivers who have had their vehicles stolen have, in some cases, been contacted shortly after the theft by an official-sounding person claiming to be a police officer or local recovery specialist, who goes on to suggest several options for the return of the vehicle…

One option is that the victim travels to where the car is said to be held – usually a police authorised compound in another country, where the victim can pay the recovery and storage fee. It would then be up to them to get the vehicle home, though the fraudster goes on to warn that the vehicle may not be roadworthy.

Another choice given is to pay the necessary recovery fees up front using either an electronic funds transfer to perhaps what’s claimed to be a South African Police Service (SAPS) account for instance, or via an electronic wallet. The fraudster says that the vehicle would then be moved to another police-authorised compound in the victim’s home country, from where they can arrange to collect it at their convenience, and at no further cost.

Sadly this much-preferred choice is often agreed to by the victim, and it's the last they see of their money.

Both police and insurance company spokespersons stress this is definitely not the way they operate, and that victims should under no circumstances pay these or any other types of ‘fees’ without first checking that their vehicles have in fact been recovered.

If you’re contacted about anything, and unsure whether you’re expected to pay any fees (these crooks are extremely convincing), ask for their phone number and tell them you’ll call back. Then phone your insurance broker and/or the officer in charge at the police station where the theft was first reported.

If your car or motorcycle has genuinely been recovered in another country, it’s usually up to the insurance company to decide whether to arrange for it to be recovered and repaired, or write it off, leaving it where it is and paying you the insured value. You will be contacted by the police or the insurance company when it is recovered, and not be informed by some faceless police officer or official on the phone.

The best advice in any insurance claim, be it a theft or other incident, is to only speak directly to your own insurance company.