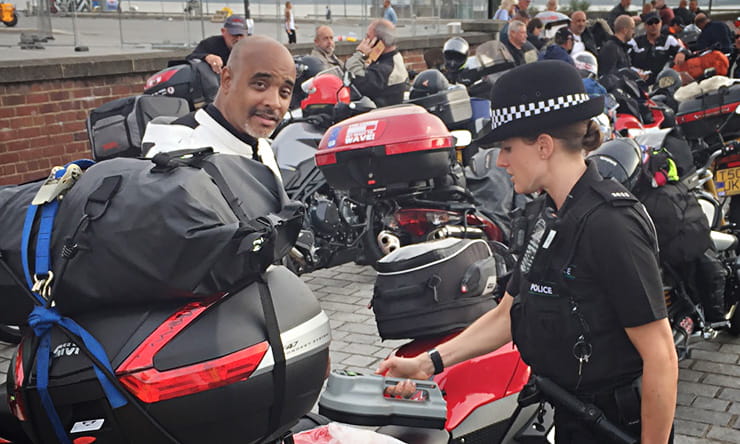 Officers from Merseyside Police have revealed details of an operation that saw the theft of UK bikes heading to the Isle of Man TT reduce from 16 to just three.

In the run-up to the TT we shared an article urging riders to be aware of theft issues on our Facebook page. What we weren’t able to mention was that it was part of an operation that would see not only a significant reduction in crime, but the recovery of stolen machines and several arrests...

In 2017, Merseyside’s Central Division saw 52 motorcycles stolen in the period from the day before the TT started to the day after it finished. 29 of those were bikes on their way to the Isle of Man TT races, 13 of which were foreign registered. 23 of the 52 bikes were taken from city centre hotels, where riders were staying overnight before taking the ferry to the island.

Over the same period this year, 33 motorcycles were stolen in total, 17 or which were owned by riders on their way to the Isle of Man. 14 of those were foreign registered bikes, the owners of which likely hadn’t seen the media campaign. By engaging with the city’s hoteliers, and working through the nights to prevent theft, officers reduced the number of bikes taken from outside hotels to just nine. 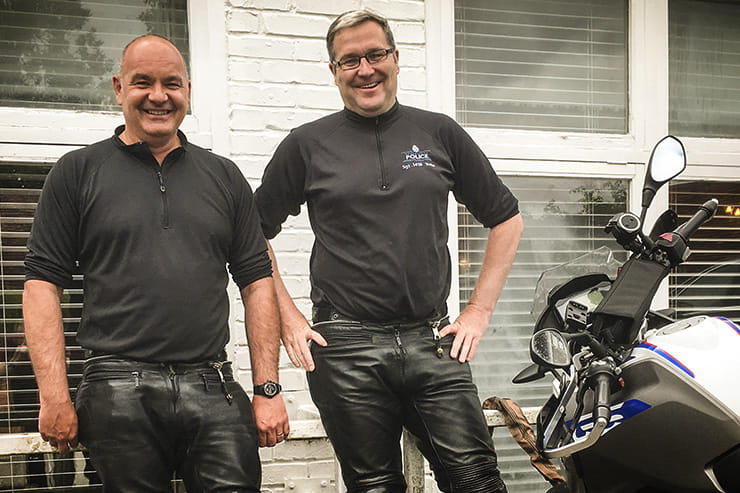 Motorcyclists visiting Liverpool aren’t more vulnerable to theft than when visiting other big cities, but criminals know that there’ll be a huge number of machines in the area during the TT period as riders make their way to the iconic race. These criminals also know that many of the bikers will be from quieter, more rural locations, and don’t tend to consider theft as much – those bikes are far more likely to be left with just a steering lock on. The lock’s snapped then the thieves get their mate to push them away using a scooter.

Sgt. Dave Yorke explained the operation: “We had a social media campaign, and worked with our local Police Officers and PCSOs, who handed out a lot of leaflets in both English and German; we made a point of speaking to staff at the waterfront hotels and leaving leaflets there too.

“Places like Pier Head and the Four Graces are a lovely setting, so arriving there is a great start to your TT, and we’ve now seen some of those hoteliers even offering secure containers for their biking customers.

“We partnered with vehicle recovery specialist Datatag, who gave us a huge amount of support, and we know that the leafletting worked – we spoke to one lad who read it and immediately went into town to buy a lock. 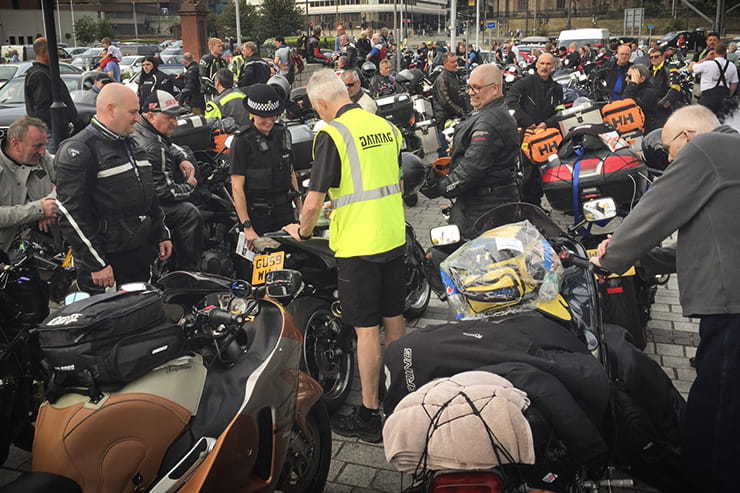 Merseyside Police teamed up with Datatag to meet and greet riders while giving them security advice. It was well received by bikers from around the world. Photo courtesy of Datatag

“On top of this public campaign though, we also upped our TPAC patrols [Tactical Pursuit and Containment]. The Merseyside Police bike team are all dual-skilled [this means they’re also highly-trained car drivers], so we were out in force in plain cars, on motorbikes and other vehicles to analyse the crowds coming in to see where they were going next and ensure we could protect them.

“This wasn’t about a visible police presence – we were there to catch the thieves. As the nights wore on, we went back and started watching the hotels, with patrols out through the night. We also carried out our own recces for vulnerable bikes, and met some great people while doing it. We’re all motorcyclists, and we knew what machines were likely to be stolen – if we found something that was just on its steering lock, we’d go into the hotel and find the owner to give them some theft advice. If they couldn’t lock the bike, they’d move it to just in front of the main door, where it would be more visible to the reception staff.

“Because of the talks we’d had previously, the hotel receptions were brilliant; they’d often tell riders to park bikes right where they could see them through the night. The hoteliers were really supportive.”

At the time of writing, it’s just a few days after the end of TT, so due to ongoing investigations, the Police can’t discuss everything, but Sgt. Yorke did tell us that “We’ve had some recoveries already, and have made four arrests so far due to the operation... some of these may be linked to knife crime as well [which could lead to even heavier prosecutions].

“The biggest factor in the thefts was scooter push-aways, and the criminals were very organised. But they go for the easiest targets – the more security that was used, the less likely bikes were to be taken.

“We just want riders to have the knowledge to be able to secure their bikes. A lot of people we spoke to were aware of the problem of theft, but many weren’t. We’re being proactive, but the best way to beat this is through a combined effort between us and riders.”

“It was the riders from smaller villages who needed the most advice,” adds Con. Griffiths. “They weren’t used to the fact that you need to be a bit more security conscious in any big city.”

The police can sometimes – unfairly – get a frosty reception when engaging with the public, but this operation has clearly been a success, and was well received. “One evening when we were out on the unmarked bikes,” Sgt. Yorke tells me, “we saw a KTM that resembled one that’d been reported stolen, so we spun round and put on the blue strobes. He was shaking like a leaf when we spoke to him, just through the fear of having been pulled over, but it wasn’t the stolen bike. As we left he said ‘Thanks for looking after our bikes for us.’” 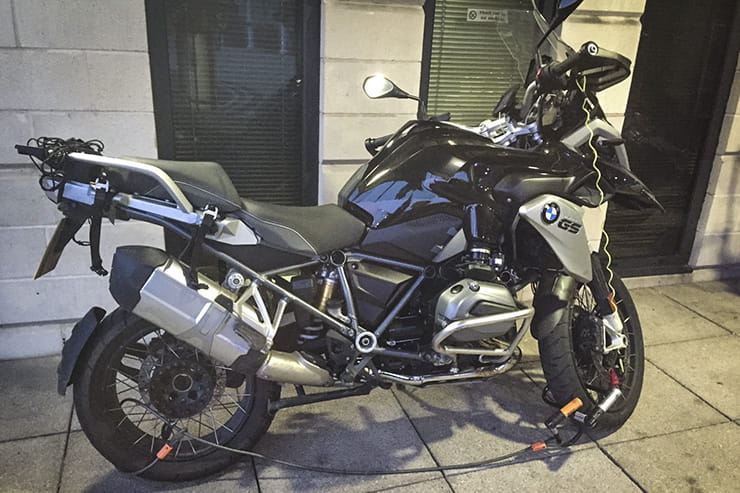 Secure your bike as best you can when travelling, and criminals will move onto an easier target. Layered security is always the best option… Photo courtesy of Datatag

BikeSocial has tested the majority of leading motorcycle chains and locks here, but what is Sgt. Yorke’s advice for riders looking to secure their bikes? “Bring a lock that you’re confident in. At a minimum, bring a disc lock, but ideally bring a chain to secure your motorcycle to something immovable as well. And bring a cover – they’re light, easy to pack and really do make a huge difference. It’s all about layered security, and criminals will always go for the lowest hanging fruit.”

“A lot of riders travel in groups,” adds Con. Griffiths. “One person could carry a hefty lock, while another carries their clothes, then everyone can lock all the bikes together.”