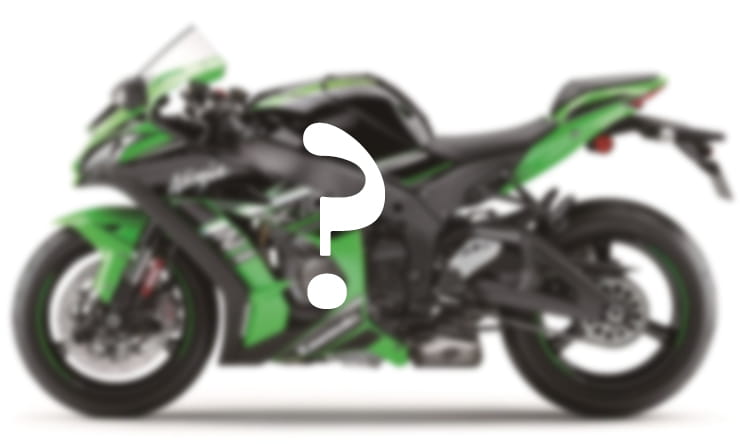 Just a week ago we revealed that Kawasaki is going to launch an updated ZX-6R as part of its 2019 model range. Now it’s emerged that the bigger, brawnier ZX-10R is also due to be revamped at the same time.

Kawasaki has constantly tweaked and improved the ZX-10R over the years. Most recently it added the higher-spec, electronically-suspended ‘SE’ version to the line-up, just a year after introducing the homologation-special ‘RR’ model. But underneath the improvements lie the bones of a machine that dates back to the end of 2010 when the 2011 model year was revealed. A nip and tuck in 2016 added better suspension and brakes, engine improvements and a tweak to the chassis geometry, but there’s no hiding the fact that the basics of the 2011 machine live on to this day.

Not that there’s much to complain about. Four WSBK riders’ titles and three manufacturers’ crowns attest to the fundamental rightness of the current ZX-10R’s design; never before has a Kawasaki had such success in the premier league of production-based racing.

So, how do we know the ZX-10R is about to be revamped?

It’s simply routine documentation, needed to give the NHTSA details of how Kawasaki’s 2019 VIN (vehicle identification number) system works. But it includes a list of the 2019 Kawasakis that won’t have fundamental changes – such as altered capacities, model codes or power outputs – next year. And that means any model missing from the list seems sure to be getting altered.

Bikes that aren’t to be found, though, include the Ninja ZX-636R – already revealed to be getting updated next year thanks to emissions documents filed in California (although the smaller, 599cc ZX-6R, already a generation older, remains on sale so Kawasaki still has a supersports-homologated, sub-600cc machine on its books). And the other glaring omission is the Ninja ZX-10R. On Kawasaki’s last NHTSA document, filed in November 2017 and listing all the models in the 2018 range, there were four versions of the ZX-10R to be found (the ZX-10R, ZX-10R ABS, ZX-10RR and ZX-10R SE).

While the document provides strong evidence that there will be a new ZX-10R for 2019, it doesn’t give any clue as to what changes will be made. While the last week’s 2019 Kawasaki ZX-636R emissions certificates gave key details about the upcoming new model – its capacity, name, weight, exhaust emissions and the emission technology being used – there’s no such info regarding the 2019 ZX-10R yet.

However, it seems likely that elements from the new-for-2018 ‘SE’ version, such as its electronic suspension, could spread to the base model in the future. And of course there will surely be the usual round of incremental increases in power, decreases in weight and boosts in technology, plus a revised style to set the 2019 bike apart from its predecessors.

Other new Kawasakis absent on the NHTSA list of unchanged 2019 models include the Versys 1000 and the Ninja H2, but while it’s clear that the ZX-10R will be replaced with an updated machine, the gaps in the range left by these models won’t necessarily be plugged by like-for-like revised versions.

In the case of the Versys 1000, the trend in that segment of the market is towards more serious adventure-style bikes, something that Kawasaki currently lacks. Could the firm plug is the Versys 1000’s 140hp  four-cylinder into a more off-road-capable chassis? Only time will tell.

In the case of the Ninja H2, the supercharged hyperbike was always set to be a machine made in relatively small numbers and while Kawasaki might opt to replace it with an even crazier machine, the firm has previously hinted that it wants to explore other directions with its supercharger technology. In late 2015 it showed drawings of two possible directions; the SC-01 Spirit Charger, a luxury sports-tourer, and the SC-02 Soul Charger naked bike. Arguably, the Ninja H2SX and H2SX SE supercharged sports-tourers are the production spawn of the Spirit Charger idea, despite looking very different to the original drawing. That leaves the idea of a high-end, high-performance naked bike the most likely route for Kawasaki to take.