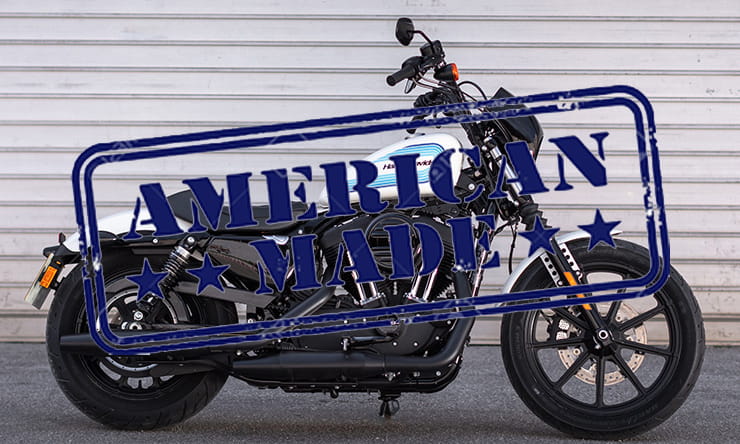 Despite the huge hike in tax, Harley-Davidson says it won’t be increasing prices in Europe. Instead it’s going to absorb the increased cost – which it puts at £1660 ($2200) per bike – until it can move production of EU-bound Harleys to factories outside the USA. That could take as long as 18 months, though.

Harley-Davidson explained its moves in a ‘Form 8-K’ filing to the US Securities and Exchange Commission, used to notify investors of important events that could alter a company’s financial position.

In the filing, the firm explained:

The European Union has enacted tariffs on various U.S.-manufactured products, including Harley-Davidson motorcycles. These tariffs, which became effective June 22, 2018, were imposed in response to the tariffs the U.S. imposed on steel and aluminum exported from the EU to the U.S.

However, Harley said that it couldn’t pass this cost onto either its dealer network or customers, so it won’t be raising prices in response to the new taxes. Instead it will absorb the cost. The filing says:

Harley-Davidson will not raise its manufacturer’s suggested retail prices or wholesale prices to its dealers to cover the costs of the retaliatory tariffs. In the near-term, the company will bear the significant impact resulting from these tariffs, and the company estimates the incremental cost for the remainder of 2018 to be approximately $30 to $45 million. On a full-year basis, the company estimates the aggregate annual impact due to the EU tariffs to be approximately $90 to $100 million.

Harley might be able to bear the cost of the EU tariffs for a while, but in the longer term the company’s plan is to move the production of motorcycles destined for Europe to plants based outside the USA.

Harley-Davidson will be implementing a plan to shift production of motorcycles for EU destinations from the U.S. to its international facilities to avoid the tariff burden. Harley-Davidson expects ramping-up production in international plants will require incremental investment and could take at least 9 to 18 months to be fully complete.

Exactly where EU-bound bikes will be made remains unknown at the moment, but Harley already has assembly plants in Brazil, India and Thailand. The Indian plant already manufactures the small-capacity Street 500 and Street 750 models for some other markets, too.

Harley-Davidson’s biggest market by far remains the USA, where approaching 150,000 Harleys were sold last year. But Europe is its next-largest outlet, with around 40,000 annual sales.

That means it’s been put into a tough spot by the latest European tariffs. Harley-Davidson’s all-American image is a key part of the firm’s appeal in its homeland and to European H-D buyers. In America, the plan to shift export production outside the USA has already drawn criticism from President Trump, who tweeted:

“Surprised that Harley-Davidson, of all companies, would be the first to wave the White Flag. I fought hard for them and ultimately they will not pay tariffs selling into the E.U., which has hurt us badly on trade, down $151 Billion. Taxes just a Harley excuse - be patient!  #MAGA”

And at the moment it’s not clear how European customers will react to being offered Harleys that aren’t made in the USA.

Plans could yet change

Donald Trump’s tweet – saying ‘ultimately they will not pay tariffs’ selling into the EU – seems to indicate that he doesn’t believe the EU tariffs are here to stay. And Harley too is hoping that a trade agreement can be reached that will bring them to an end.

In its SEC filing the firm said:

Harley-Davidson’s purpose is to fulfill dreams of personal freedom for customers who live in the European Union and across the world, and the company remains fully engaged with government officials in both the U.S. and the EU helping to find sustainable solutions to trade issues and rescind all tariffs that restrict free and fair trade.

However, with the tariffs now in force, the firm can’t afford to sit on its hands and simply wait for the issue to blow over, particularly since there may yet be further EU tariffs.

The EU has already put in place a list of goods that could be hit with a second wave of tariffs from 23 March 2021, or earlier if the World Trade Organisation’s Dispute Settlement Body rules that the US measures aren’t consistent with provisions of the WTO Agreement. If the dispute continues for that long, US-made motorcycles could get an additional 25% tariff, pushing the total to 56%.

Harley-Davidson says that it will reveal more information about both the financial implications of the EU tariffs and its plans to mitigate them during its second-quarter earnings conference on July 24.

Donald Trump went on a twitter tirade when the news of Harley’s plan for overseas production emerged. It included a statement that if Harley wants to sell foreign-made bikes in the US market, they’ll have to pay a ‘big tax’ – suggesting that he could hit back at EU tariffs with his own additional tax on imported motorcycles.

This story may only just be beginning.

Early this year Harley-Davidson said they would move much of their plant operations in Kansas City to Thailand. That was long before Tariffs were announced. Hence, they were just using Tariffs/Trade War as an excuse. Shows how unbalanced & unfair trade is, but we will fix it.....

....When I had Harley-Davidson officials over to the White House, I chided them about tariffs in other countries, like India, being too high. Companies are now coming back to America. Harley must know that they won’t be able to sell back into U.S. without paying a big tax!

A Harley-Davidson should never be built in another country-never! Their employees and customers are already very angry at them. If they move, watch, it will be the beginning of the end - they surrendered, they quit! The Aura will be gone and they will be taxed like never before!