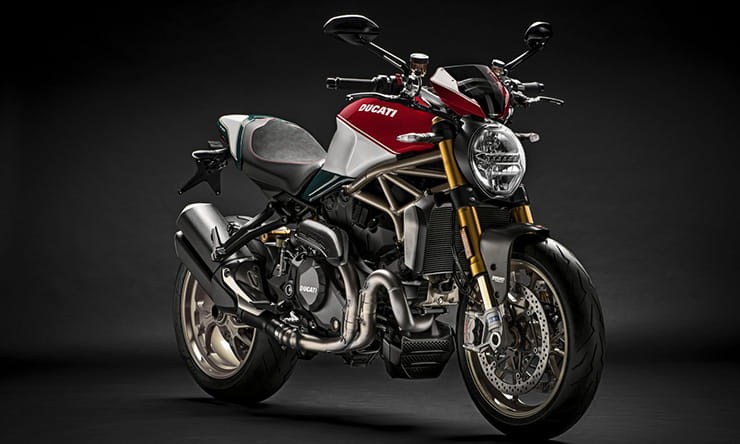 Think of Ducatis of the 1990s and a mental image of the original 916 will inevitably shoulder its way to the forefront of your mind. But while that machine garnered WSBK glory it was its meeker sibling – the Monster – that put in the hard graft in terms of sales.

It’s probably no exaggeration to suggest that if Miguel Angel Galluzzi’s naked masterpiece hadn’t gone on sale in 1993, Ducati itself might well have disappeared. Since it reached showrooms in spring that year, Ducati has sold more than 325,000 Monsters, ranging from 400cc air-cooled tiddlers to 1200cc water-cooled brutes but all sharing the same essential style.

And essential really is the word. Galluzzi’s genius wasn’t in what he added to the Monster’s design, but what he removed, boiling the concept of the naked motorcycle down to its most fundamental elements and packing them tightly together without an ounce of unnecessary flab. Today’s Monsters might have been restyled several times since the original, but they still retain that forward-hunched stance that draws all focus onto the engine and fuel tank.

Of course, the new Monster 1200 25° Anniversario is no exception, but wrapped in classic tricolore colours and sprinkled with the finest of components it must be among the most desirable machines ever to bear the Monster name. 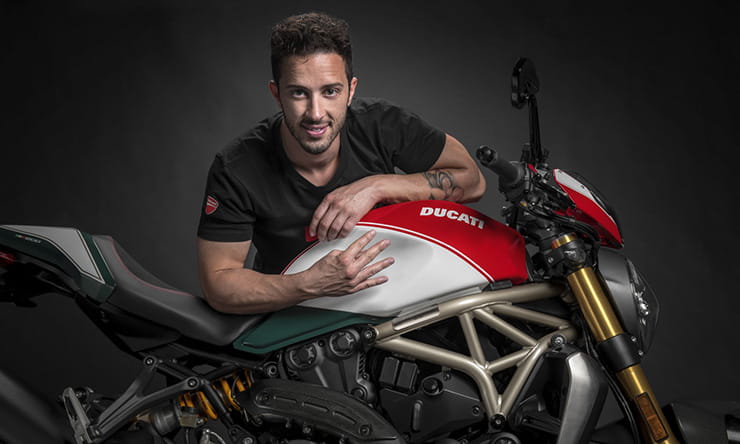 Fundamentally, the Monster 1200 25° Anniversario is similar to the mass-made Monster 1200 S, but with a few elements of the more expensive R version thrown into the mix.

Just 500 of the anniversary bikes will be made, each individually numbered. As well as the Tricolore paint – green, white and red – they get a gold-coloured frame that harks back to the original Monster.

The addition of a Monster 1200 R-style flyscreen doesn’t diminish the bike’s naked appeal, and the R also donates its lightweight forged alloy Marchesini wheels, which are again finished in gold on the 25° Anniversario. 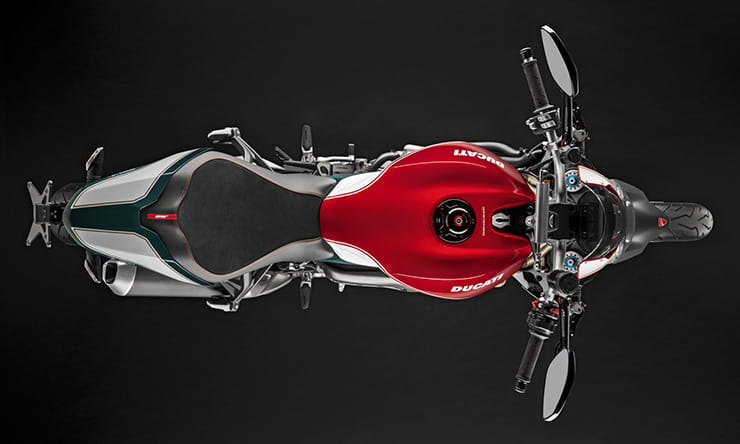 Other details are harder to spot, but include CNC machined mirrors, frame plugs, bar end weights and fuel cap. You also get new articulated levers for the front brake and clutch, and an aluminium licence plate bracket. Carbon fibre is used for the mudguards front and rear. The seat gains an embroidered 25th anniversary logo. 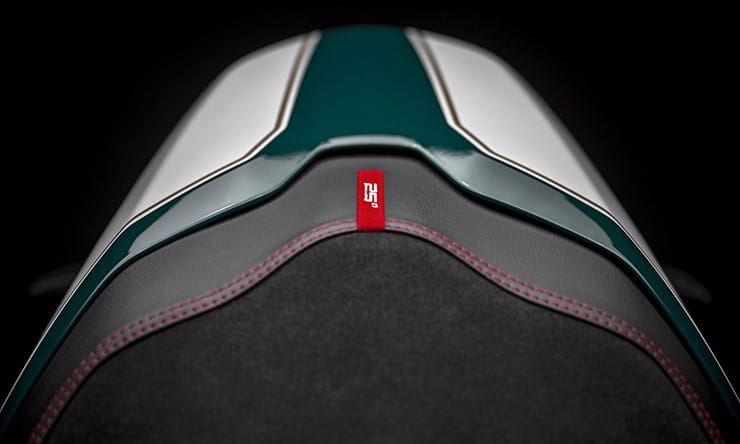 Of course, there’s an endless array of electronics. The acronym count is off the scale; IMU, ABS, DWC, DTC, DQS, TFT, LED, USB and DLC are just a few of the three-letter terms appearing on the spec sheet. Basically they add up to cornering anti-lock brakes and traction control, up-and-down quick-shift, wheelie control, LED lights and indicators and a power socket. Oh, and you can add DMS (Ducati Multimedia System, obvs) as an option, too.

The bike will be available from September in Europe, October in Japan, November in the USA and December in Australia. But don’t leave it until then if you want one – Ducati Stores are taking orders now, and with only 500 for the whole world, they’re likely to sell out fast. 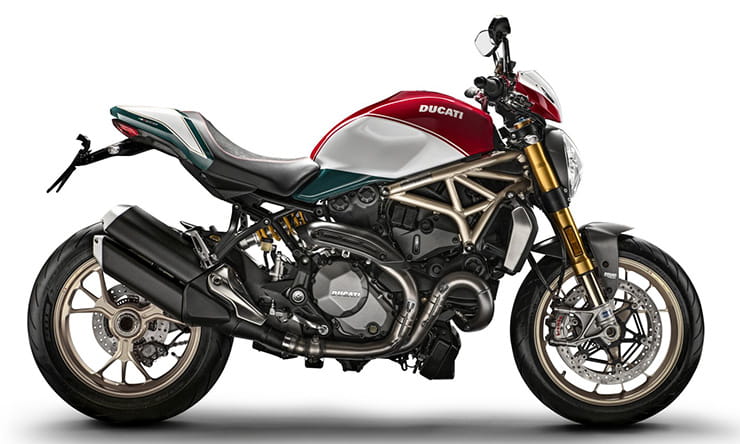