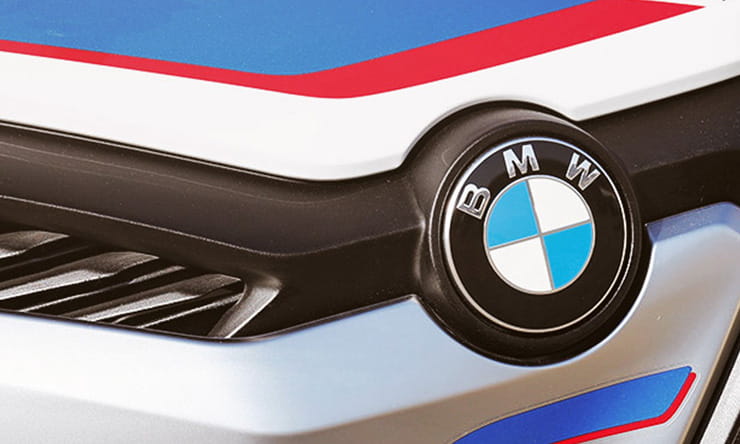 BMW’s F850GS is completely new for 2018 – along with its cheaper F750GS sibling – but the top-of-the-line Adventure version has yet to officially break cover. However, we’ve caught sight of a detailed set of dimensions and specifications for the bike courtesy of its EU type-approval documentation.

What it tells us is that the Adventure is a taller, wider, longer and heavier machine than the normal F850GS. As you’d expect, the changes are intended to make it a more serious off-road-capable, long-distance tourer.

According to the bike’s official paperwork, the F850GS Adventure is bigger in just about every metric when compared to the normal F850GS.

The overall length is the main exception. Where the base GS is 2305mm nose-to-tail, the Adventure is 5mm shorter overall at 2300mm precisely. It’s a minute change, and one that could be explained by the simplest of changes; the tyres. Adding knobbly rubber to the GS Adventure may well be enough to make it a fraction longer overall.

It’s certainly not likely to be  due to chassis changes because the wheelbase is unaltered; the Adventure’s 1593mm figure between the axles is identical to that of the stock GS. That’s interesting, as it suggests BMW hasn’t added taller suspension on the Adventure version.

What the firm has done is given it wider bars – not including the mirrors its breadth is up from 877mm to 939mm.

And then there’s the height. Spyshots have already revealed that the GS Adventure has completely different bodywork compared to the normal F850GS, and a tall screen is a major part of the change. It means the top of the screen is 1492mm on the Adventure compared to 1356mm on the normal GS. That’s a pretty significant hike.

The other big hike is the bike’s weight. Ready-to-ride, complete with a full tank of fuel, the Adventure has the scales pointing at 244kg, up 15kg from the F850GS’s 229kg.

Where does the F850 Adventure’s extra mass come from? Some of it will be down to the more expansive bodywork, but a clue to the main reason is the fact it’s a ‘fully fuelled’ figure. That’s right, the Adventure has a much bigger petrol tank. The old F800GS Adventure had a 24 litre tank, 50% larger than the F800GS’s 16 litre unit, and it’s going to be a similar story on the new F850GS Adventure.

One surprise is that the Adventure will actually have a fractionally lower payload than the base GS. Figures show that its maximum permitted weight is 455kg, which is 10kg more than the F850GS. But since the Adventure is 15kg heavier than the GS when unladen, the max payload drops from 216kg to 211kg.

The bodywork and dimensions might have changed, but the GS Adventure will have exactly the same motor as the F850GS.

Official figures reveal that it has the same 853cc capacity and makes the same power – 70kW/95hp at 8250rpm – as the existing bike. It also automatically detunes itself when sensing low-grade, 91 RON fuel, cutting power to 66kW/90hp at a slightly lower 8000rpm. While type-approval documents don’t list torque, it’s safe to assume that it will be the same as the normal GS with 92Nm at 6250rpm or 86Nm on the lower-grade fuel.

There will be. One factory option is set to cut the bike’s overall height by a substantial 42mm, at least when it’s measured to the top of the screen. The low-height version’s screen top is at 1450mm as opposed to 1492mm.

It appears that BMW will be using a similar suspension lowering kit to that offered on the existing F850GS to create the lower version of the Adventure. Type-approval figures show that the low version has a slightly shorter wheelbase at 1578mm compared to 1593mm on the normal-height machine, which will come from dropping the height of the forks and rear strut. Overall length also decreases by 10mm, from 2300mm to 2290mm, for the low-seat version.

It’s likely that the lowering comes from a combination of 20mm dropped suspension, as used on the low version of the F850GS, with a further 20mm or being lopped out of the seat height. The 42mm lower overall height hints that BMW will also be fitting a fractionally shorter screen to the low-suspension version.