Here's a round-up of the top five stories from the last seven days that you could well have missed...

1. Electric two-wheeled ‘car’ of the future

A Chinese company is working to create a two-wheeled electric ‘car’ that keeps its occupants in air-conditioned comfort but can slice through traffic like a motorcycle.

Beijing Lingyun Intelligent Technology Co plans to start selling the machine in 2020 at a cost of less than $16,000. It uses a built-in gyroscope to remain upright and can travel 100km between charges. As well as the driver-operated car/bike creation (it would legally be classed as a motorcycle in the UK) the firm also has an autonomous self-driving version under development. The company, founded by Zhu Lingyhun in 2014, already has significant investment of over $10 million and is seeking an additional $30 million as it moves towards mass production.

Beijing Lingyun’s gyrocar is about 3 meters (10 feet) long and 1 meter wide, with a seat for one person. It has no steering wheel or acceleration pedal and can reach a speed of 100 kph (62 mph).

The 1703 prototype can drive autonomously –- a promotional video shows a woman applying lipstick and checking her iPhone as she spins around a parking lot -- or can be controlled by using a computer mouse and 24-inch screen.

The gyroscope balancing the car is under the seat, and doors open on both sides. Retractable wheels are under the doors.

During a test drive, the gyrocar was quiet and stable, and more nimble than a traditional car when making turns.

The gyrocar’s battery has a range of 100 kilometers, and Zhu plans for the batteries to be removable and rechargeable at home.

China is the world’s largest market for EVs, yet a primary obstacle to the gyrocar’s mass appeal is whether it’s legally a car or a motorcycle. The vehicle is considered a motorcycle in the U.K. but sits in regulatory limbo in China, where current rules don’t address two-wheeled gyrocars, Zhu said.

We say: Can you imagine a traditional car buyer opting to switch to one of these? Or a motorcyclist? No? So who is it aimed at? The Motorcycle Industry Association has revealed its ‘MCIA Secured’ anti-theft rating system that will allow motorcycle and scooter buyers to easily take a bike’s level of security into account when making a buying decision.

The idea is to offer a star rating as a way to judge a bike’s level of standard theft-prevention equipment.

The new rating scheme will be known as ‘MCIA Secured’.  For all participating manufacturers, each model within its range will be scored against the programme criteria and awarded a star for each layer of security fitted as standard, to a maximum of 5 Stars, this will include the following device categories:

This programme incorporates the MASTER Security Scheme launched in 2013. Since the introduction of the MASTER Scheme, large capacity machines fitted with its forensic technology are now six times less likely to be stolen compared to machines that are not included on the MASTER programme.

We say: Anything to add another weapon against motorcycle theft is a good idea. The star system means manufacturers should soon be vying to get a top rating. It’s not often that the entire contents of a museum come up for sale, but that’s precisely what’s happening here, with Bonhams selling the machines from the Den Hartogh Museum in the Netherlands.

Up for auction in Hillegom on 23 June, the collection includes bikes from the 1930s to the 1980s, with 1950s machines making up the lion’s share. All are being sold with no reserve and have temptingly low estimates. You can check out the complete catalogue here.

James Stensel, Head of Bonhams Motorcycle Department UK, commented: “The Den Hartogh Museum Collection is known the world over, and much like the extensive collection of motor cars and commercial vehicles, the motorcycles have been carefully curated to include many interesting marques and models. Offered entirely without reserve, this is a great opportunity for enthusiasts and collectors to bid.”

We say: It’s not a long trip from the UK to Hillegom, so if any of the bikes in the collection spark your interest it could be a worthwhile journey to make, particularly if they sell for the bargain prices that Bonhams is predicting. 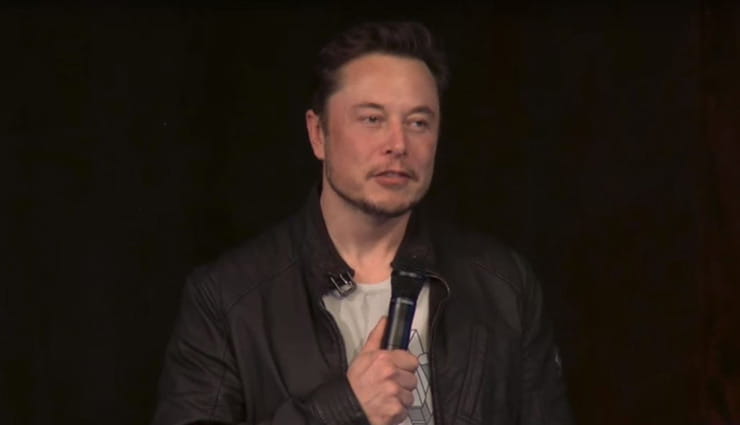 Electric car firm Telsa’s billionaire owner Elon Musk has categorically denied that the company will ever make a motorcycle.

Speaking at the firm’s shareholder meeting on Tuesday, he revealed that he rode dirt bikes for eight years but he was ‘almost killed by a truck’ while riding on the road when he was 17. That moment appears to have made him dead set against ever making an electric bike under the Tesla brand.

During the meeting, a member of the audience complimented Musk on his leather jacket and asked if Tesla was planning to develop motorcycles in the future. Musk responded with a story about how he rode dirtbikes growing up for eight years.

He said he also had a streetbike until he was seventeen, when he was almost hit by a truck and killed, presumably stopping his riding habit.

It’s a shame, because motorcycles are a logical application of electric vehicle technology, with a bunch of startups getting into the game, and even Harley Davidson investing in EV development.

We say: Asking a car firm whether it’s ever going to make a motorcycle seems like a slightly strange thing to do. Sure, some companies make two- and four-wheelers – Honda, Suzuki and BMW spring to mind – but nobody is pestering Ford, General Motors or Toyota to build a bike.

5. Has your bike been recalled?

The DVSA has published its list of vehicles that were subject to safety recalls in April 2018, and it includes several bikes. While you should have received a recall notice from the manufacturer if you own any of the effected machines, remember you can always do a search for outstanding recalls by entering your registration number in the Government’s MOT-check website here.

The full list of bikes recalled in April, according to the DVSA, is: