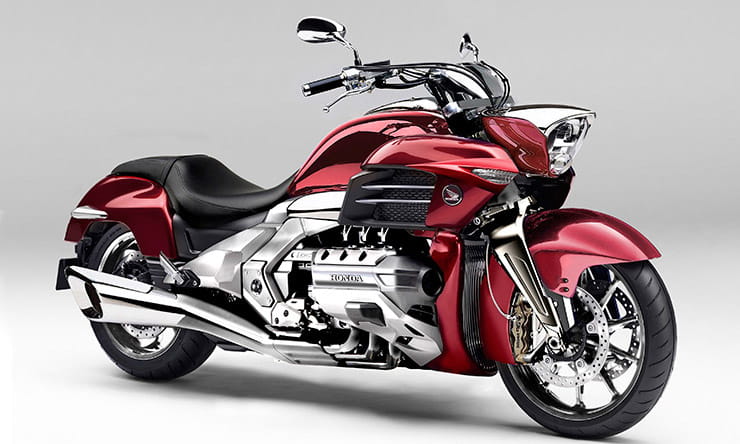 Remember the Honda Valkyrie Rune? It was a crazy-looking, limited-edition, Gold Wing-based custom cruiser that emerged as a concept bike in 2000 and went on sale four years later at an eye-wateringly high price. Now Honda is looking to it for inspiration in the development of a next-generation Valkyrie based on the all-new 2018 Wing.

The images you see here are from Japanese magazine AutoBy, which has dug up information on the bike, which is said to already be undergoing development testing in Japan.

A new Valkyrie certainly makes sense. The old version might not be on sale in the UK any more but it remains in Honda’s range in the USA and elsewhere, despite the fact that the bike that donated its engine and frame to create it – the last-generation Gold Wing – has long since gone out of production. Now, with the all-new 2018-on Gold Wing in production and on sale, it makes sense that the Valkyrie will inherit elements from that bike.

And that’s exactly what’s going to happen. According to Japanese sources, the next-gen Valkyrie will feature the aluminium chassis and the new 1833cc, single-overhead-cam flat six from the latest Gold Wing, simply clad in Rune-inspired bodywork. 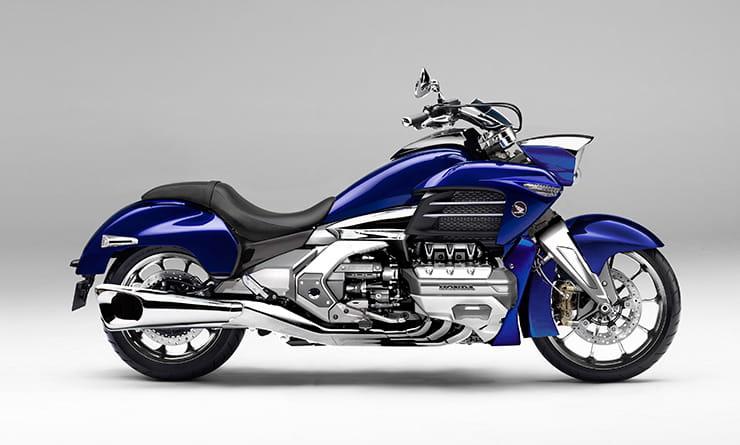 While the mock-up pictures seen here carry over the Gold Wing’s Hossack-style girder forks – a layout similar that used by BMW for the Duolever system used on the Valkyrie’s clearest rival, at least in specification terms, the six-cylinder BMW K1600B – the prototypes currently on test in Japan are said to use conventional telescopic forks.

At the moment, the final decision on the front suspension design has yet to be made, and the Hossack-style arrangement is still a contender, but on the Valkyrie the visual impact of the design is nearly as important as its effectiveness. Indeed, the old Rune – which is said to inspire the next-generation Valkyrie’s headlight and exhaust design – used a completely different suspension design, with a heavily chromed and visually arresting trailing link front end.

In terms of performance, the new bike is likely to be very much on a par with the Gold Wing that donates so much of its running gear. In the Wing, the new-generation flat six engine makes 93kW/125hp, which doesn’t sound much for an 1833cc six-cylinder. It’s certainly a far cry from the BMW K1600B’s 118kW/160hp output.

However, the Valkyrie’s real target isn’t BMW’s bagger but the US-made, big-capacity twin-cylinder cruisers from Harley and Indian. When compared to those bikes, the Honda’s power and its 170Nm/125lbft torque (at a low 4500rpm) are much more competitive.

Since the bike shares the Gold Wing’s engine, it’s also sure to inherit the option of the clever, seven-speed DCT semi-auto gearbox, complete with a walking-speed forward and reverse manoeuvring system that automatically juggles the clutch when you’re paddling the giant thing into a parking spot.

Given that the next-gen Valkyrie is still in prototype stage at the moment, it’s not expected to be ready for production in time for the 2019 model year. Instead the bike is more likely to be a 2020 machine, but it would be the perfect machine for Honda to debut as a ‘concept’ 12 months or so ahead of its actual production, so we might see something rather sooner than that.