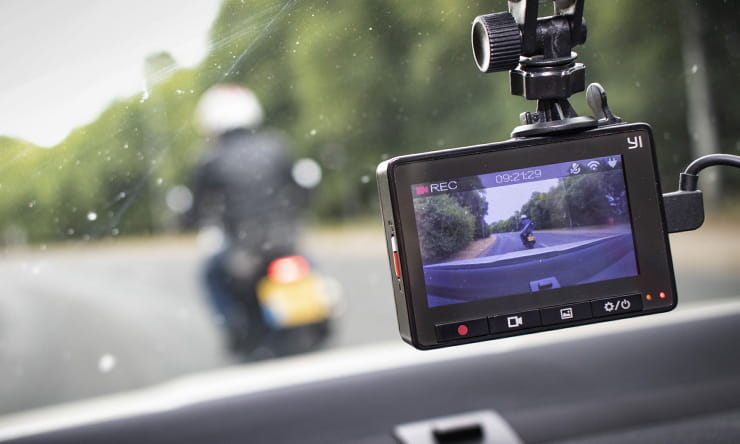 30 years ago, riders and drivers bemoaned the ‘Black Rats’ (as the traffic officers proudly called themselves) that diligently patrolled their ‘manors,’ instilling in drivers the element of caution (fear in some) that the laws of the road should be observed. Transgress, and a police bike or car would likely be there. Many hated their omnipresence back then, but now the consensus seems to be that we miss the safety and security they bought.

With limited resource, it’s no surprise then that 16 police forces around the country have signed up to a new website that allows dash cam owners to upload their footage, which can then be viewed by officers and potentially used as evidence.

An extension of the Operation Snap initiative pioneered by North Wales Police in 2016 – then extended to all four Welsh forces in December 2017, the National Dash Cam Safety Portal will allow an incident filmed in any county to be submitted to the relevant local police force. A process that usually took hours can now be done in just a few minutes, and while privacy groups have highlighted issues, many parties have shown a keen interest in the website – developed by dash cam manufacturer Nextbase – and its processes.

Nextbase says the remaining 24 forces are working towards joining the scheme. At the moment, if a force hasn’t signed up to the platform, the system will generate a witness statement and a unique code that can be taken to the relevant force, who can then view the footage securely on the website.

With thousands of drivers potentially scouring the roads for their opportunity to capture incriminating footage, already stretch police officers could be faced with hours of footage to trawl through. While the footage will undoubtedly prove useful intel for some cases, it’s unlikely that all but the most dangerous motorcyclists will have much to be concerned about.

We’re halfway through 2018, and many Metropolitan police local initiatives have shown a 75% reduction in moped-enabled thefts and robberies in high crime areas (743 in 2017 compared to 127 so far this year). Now though, moped-mounted thugs have retaliated by impersonating the very police officers sent out to catch them…

Innocent riders and drivers are being pulled over by these poorly-disguised thugs purporting to be undercover police. Incredibly, they’re wearing high-viz jackets, with blue lights attached to their helmets.

While the police assure us that they’re on target to reduce the 23,000 moped-enabled crimes last year, this latest threat just adds to the huge amount of work to be done. 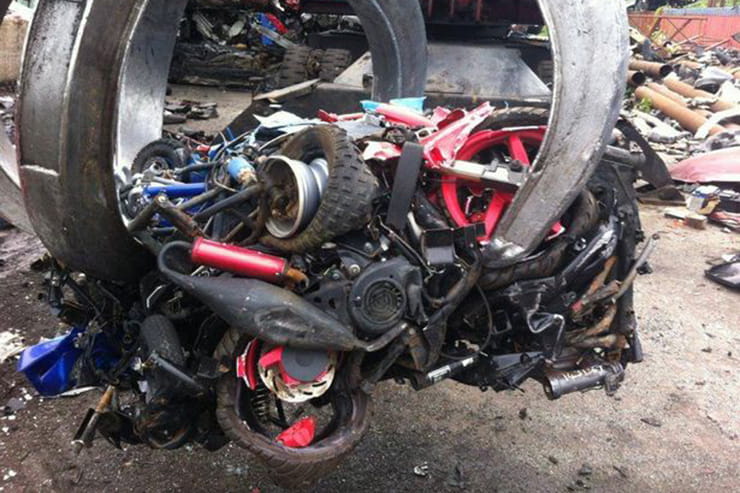 Constabularies elsewhere – particularly in the North East – have reduced their two-wheeled crime problem by seizing machines involved in rowdy behaviour that proved to be un-roadworthy, not road registered, untaxed or uninsured. And crushing them.

The police tasked with this problem have used both social media and local court prohibition orders to prevent anti-social bikers gathering and causing a disturbance (not to be confused with legitimate ride outs), and it’s worked; in fact it has actually eliminated these nuisances in some trouble-hit areas completely.

In South Wales however, the police are presently battling with a high number of bike-jacking offences being reported in the Cardiff and Swansea areas 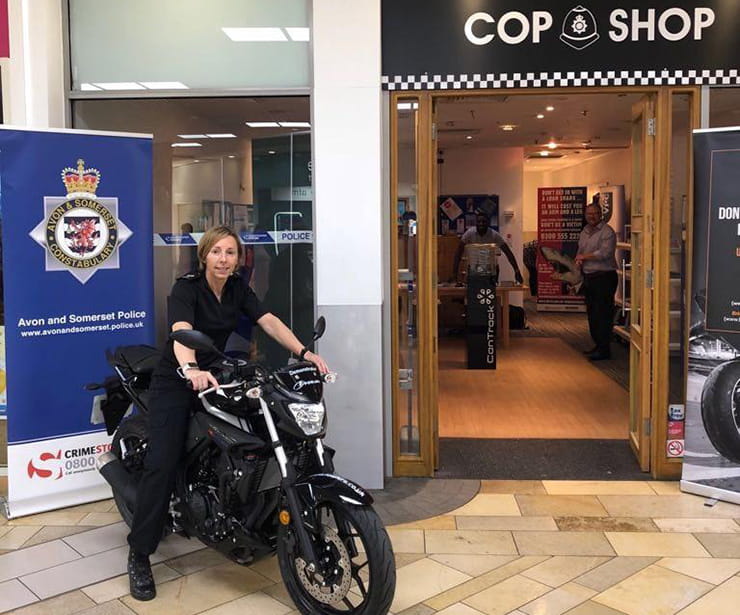 Avon and Somerset constabulary – whose bike crime problem increased by 144% last year, and once claimed that motorcycle crime in the area was out of control – has turned its fortunes by teaming up with local rider groups to arrest members of the many bike gangs that blighted the area. Theft has been reduced considerably and local businesses have taken an interest by partnering with police in opening a new 'Cop Shop' in Bristol, which has just held a very successful ‘Bike Theft Week,’ assisted by local riders.

Elsewhere in Europe, Europol – the EU’s law enforcement agency – has arrested eight Hungarian and Slovakian suspects for the illicit vehicle trafficking and embezzlement of luxury cars and motorcycles.

These credit, lease and hire vehicles were originally registered in one Eastern European country, taken to another neighbouring country then re-registered with fake vehicle registration certificates and counterfeit ownership documents, before being sold to private, often unsuspecting individuals.

Several EU Member States – including the UK – have similar ongoing investigations into this particular modus operandi. It’s only once the criminals stop paying for the credit, hire or lease that action is taken by the real owners, by which time the embezzlers have already changed the number plates and sold the vehicles.

These highly-organised, itinerant Eastern European crime groups – who typically target a region for a short period before moving on – are often housed in short-term rented homes where they sleep up to 15 to a room and share details of potential targets.

The sentencing given to some thieves in court upsets many victims and with 380,000 vehicle thefts being recorded since 2012, but only 7,405 people being charged for these offences (and only 3,696 being convicted), it’s encouraging to hear that – last year – a Lithuanian gang was jailed for a total of 35 years for 120 burglaries in Derbyshire, Shropshire, Worcestershire, Warwickshire, North Wales and Staffordshire.