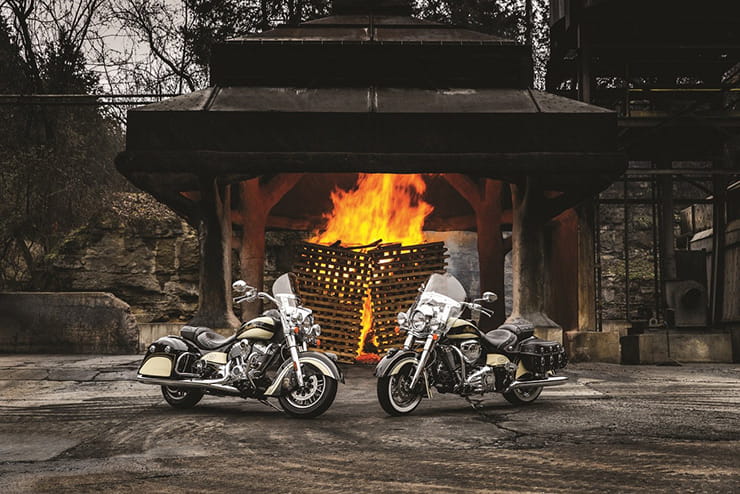 The rumbling story of international trade wars has somehow managed to tangle motorcycles at its centre with the EU’s punitive tariffs on American-made bikes forcing Harley-Davidson to move production of Europe-bound models away from its traditional US manufacturing base.

Now it seems that Indian might take the same route, since it’s the other company that faces the same stiff 31% duty on bringing bikes over 500cc from the USA to Europe. It’s made up of a new 25% tariff over and above the existing 6% import tax.

“The recent EU retaliatory tariffs have required us to expend time, energy and resources to evaluate mitigation plans, including the possibility of moving production of Indian Motorcycles destined for Europe from Iowa to our facility in Poland.”

We say: At the moment, the Polish plant makes Polaris’ off-road, four-wheeled vehicles, so it’s not necessarily straightforward to convert it to motorcycle production.

It’s believed that Harley was specifically targeted for EU tariffs – a response to new US duties on European steel and aluminium – because its factories are located in strong Trump-supporting, Republican-voting states; Missouri, Pennsylvania and Wisconsin.

Indian’s current factories are in Minnesota – a Democrat-supporting state in presidential elections ever since 1976 – as well as Republican Iowa, Wisconsin and Alabama. 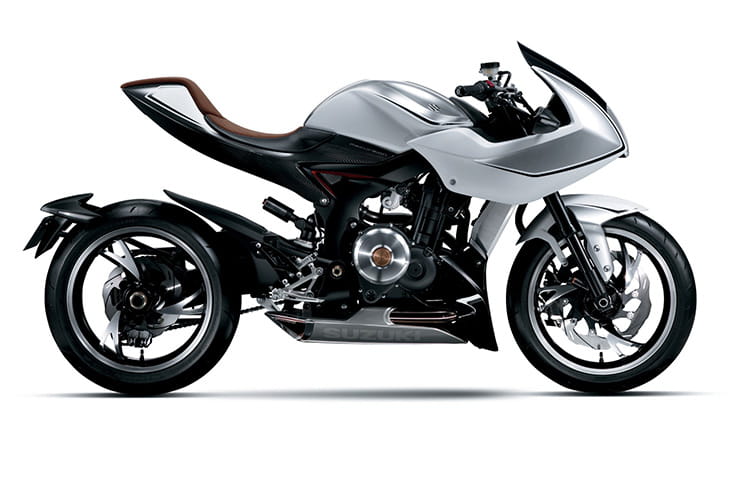 2: New Suzuki factory: the key to a host of new bikes?

Suzuki has revealed that a massive new factory, first announced in 2014, is nearing completion and will be the main base for its motorcycle manufacturing.

It’s important news and could explain the notable lack of new models from the firm over the last couple of years. After all, why go to the expense of setting up production lines if you’re only going to move them again in a few months’ time.

The new plant is at Suzuki’s Hamamatsu home in Japan and will consolidate development and manufacture of bikes into one place.

In a press release, Suzuki’s US arm said:

Originally announced in 2014, this five-year consolidation plan is near completion. Previously, Suzuki motorcycles were developed and manufactured across three locations in Japan – product engineering and development teams worked at the company’s Ryuyo facility; Suzuki produced engines at its Takatsuka plant; and motorcycle assembly lines operated at its Toyokawa plant. These three operations will now be centralized into the new Hamamatsu Plant in the Miyakoda district, in a nearly 700,000 square foot facility on a site covering more than 40 acres.

We say: A host of new Suzuki models are expected for 2019 including replacements for the Hayabusa, GSX-R600 and GSX-R750. We also expect to see the production derivative of 2013’s turbocharged Recursion concept (pictured) and new GSX-S300 and GSX-R300 parallel twin machines. The new factory can’t come soon enough. 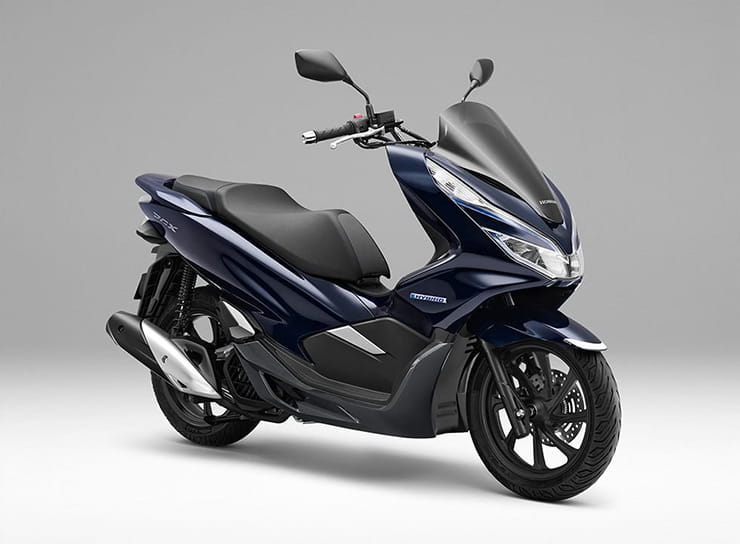 3: Honda goes hybrid with the PCX

Honda first revealed its petrol-electric hybrid version of the PCX scooter at last November’s Tokyo Motor Show, alongside petrol and fully-electric versions. Now it’s announced that the hybrid will go on sale this September. But only in Japan.

It’s a toe-in-the-water exercise, and the bikes will be built to order. That suggests Honda is still unsure as to how many buyers are likely to opt for the machine.

While Honda says it’s the world’s first mass-produced hybrid scooter, it uses the caveat of ‘under 125cc’ as Piaggio was building a hybrid version of the 300cc MP3 nearly a decade ago.

The PCX HYBRID, based on the PCX released in April 2018, is powered by a new high-output lithium ion battery, adding drive assist to the ACG starter that conventionally starts the engine and generates electricity. By a motor assisting the engine, the PCX HYBRID realizes sharper throttle response and superior performance compared to conventional scooters in the same class, while maintaining the PCX engine’s characteristic quietness and feel of quality. Two motor assist modes allow the rider to choose the level of motor assist: “D” mode provides comfortable riding with suitable assist and exceptional fuel economy, and “S” mode provides stronger assist for a sporty ride.

The PCX series is powered by a durable, quiet and highly fuel efficient global scooter engine “eSP” mounted on a high-rigidity double-cradle frame. All-LED lights and continuously flowing curves from the front to rear make the PCX’s styling elegant and relaxed. Convenient features such as the Honda SMART Key system add to the series’ popularity among a wide range of customers.

We say: When it comes to cars, hybrids are increasingly popular over here. However, that popularity is largely down to tax breaks from their low emissions and the promise that they’ll save money at the pumps.

Since a petrol-powered PCX125 will only set you back £19 per year in road tax, and should comfortably achieve well over 100mpg, it’s easy to see why there’s no indication that Honda will be launching the Hybrid version in the UK at the moment. 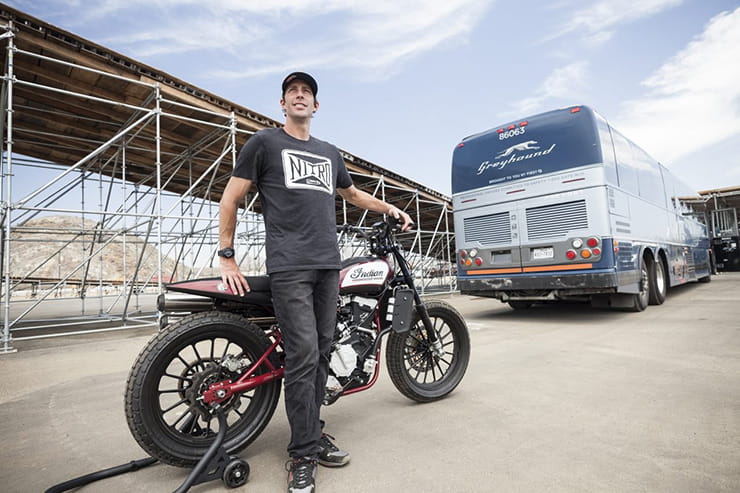 It’s set to be broadcast on the History channel in America at 8pm Eastern Time, while UK viewers will get the chance to watch the entire programme the following evening at 9pm BST.

Pastrana is set to use an Indian FTR750 flat tracker; not quite as primitive as the Harleys, Triumphs (and, on occasion, Laverdas) that Knievel rode, but still a twin and far heavier than the motocrossers favoured by modern bike jumpers.

In a press release, Indian said:

The live broadcast, in partnership with Nitro Circus, will show Travis Pastrana attempt three of Knievel’s most famed jumps on the Indian Scout FTR750 – jumping the length of 52+ crushed cars, 16 Greyhound buses and the Caesars Palace fountain jump.

“We couldn’t be more excited for Travis to be piloting the Scout FTR750 as he looks to make history by recreating three of Evel Knievel’s most historic jumps in a single evening,” said Reid Wilson, Senior Director, Marketing and Product Development for Indian Motorcycle. “Evel Knievel is truly a global icon, and we’re proud to be a part of this incredible event that pays homage to his legacy in such grand fashion.”

We say: While Pastrana’s jumps are sure to be much more carefully calculated than the life-risking, bone-breaking ones that made Knievel famous, anything that’s putting three hours of motorcycle-related coverage onto mainstream TV is OK by us. And since the jumps will be padded out with Knievel related interviews and documentary sections, ‘Evel Live’ (even if it’s not really ‘Live’ for UK viewers) will be worth a watch both for Knievel fans and those who missed out on the era when motorcycle jumping daredevilry was worthy of front page news around the world.

Backed by Harley-Davidson, the trip aims to raise money for Alder Hey Children’s Hospital and Guerilla Barbering, which is an ‘international collective of barbers dedicated to aiding the homeless and less fortunate.’

Harley-Davidson had this to say:

For Barbersride 2018, once again a team of motorcycle riding barbers from across the globe and industry personnel will cover a five day route to include stopovers at Harley-Davidson Dealerships across the UK. Five of the dealerships will play host to evening Harley-Davidson Barbering seminars with masterclass barber sessions. In true Barbersride style, each seminar will be followed by an after-event party. For more information, please visit the official website.

Supporters of Barbersride are invited to join the ride for a cost of £150 per rider, which includes a sponsor supplied £75 goody bag and full access to all evening events. To attend only the evening events will cost £30 per person per event. Please bear in mind entries to the full ride and after-event admittance tickets are limited so please book early. All proceeds will go to the Barbersride 2018 nominated charities. Regular updates throughout the ride will feature across all Harley-Davidson UK social media channels and, of course, the Barbersride website.

We say: Interested? Check www.barbersride.com to find out more and to get tickets either to the full ride or to individual evening events.