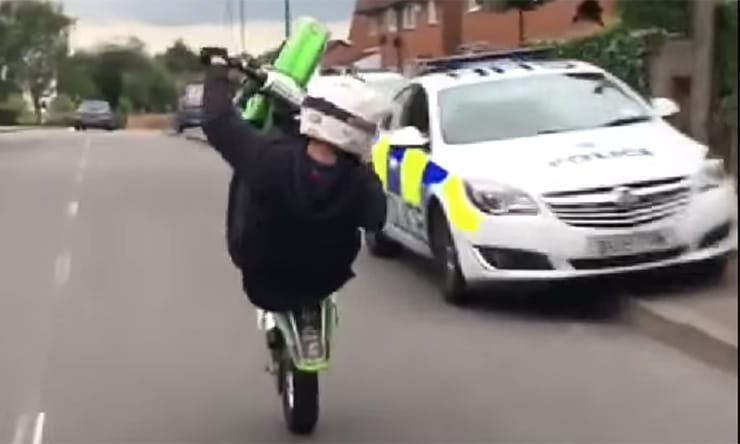 West Midlands police have taken steps to allow officers to arrest any biker or car driver they believe to be ‘cruising’.

A High Court Injunction is in force that prohibits ‘street cruising’ in Birmingham – anyone caught could be prosecuted and potentially imprisoned. The force is urging those who witness an incident of cruising to report the details of the bike or car by calling 101.

Posters and leaflets are being distributed with the message ‘Street cruising is banned’; while some legal bikers will worry that this is a draconian measure that will see an end to riders being able to simply enjoy a trip through the area, vehicle crime consultant Dr Ken German is quick to reassure; “The force, many of whom are motorcyclists themselves, have had enough of the huge number of uninsured and stolen off-road bikes – as well as others – causing chaos and mayhem in the area,” he told us. “They will arrest suspects, and they will destroy machines if necessary.

“Ordinary motorcyclists should not be concerned, but clearly, with their High Court Injunction, the police will be more active – a move that very few of us would object to.”

Birmingham’s bike gangs to be targeted

What is street cruising?

According to the High Court Injunction held by West Midlands police, street cruising is:

A gathering of the drivers of two or more motor vehicles, including motorcycles, on a highway or in a publicly accessible place, at which any person – whether or not a driver or rider – performs any of the activities below:

The prohibited activities apply to the driver, rider or passenger, with the injunction carrying the power of arrest if the activity is deemed to cause excessing noise, danger to other road users and pedestrians, damage or risk of damage to private property, litter, or any nuisance to another person not participating in the street cruise.

Furthermore, spectators encouraging any of these activities can be summonsed to court, and any person arrested will be held in police custody and presented to the country court judge within just 24 hours. 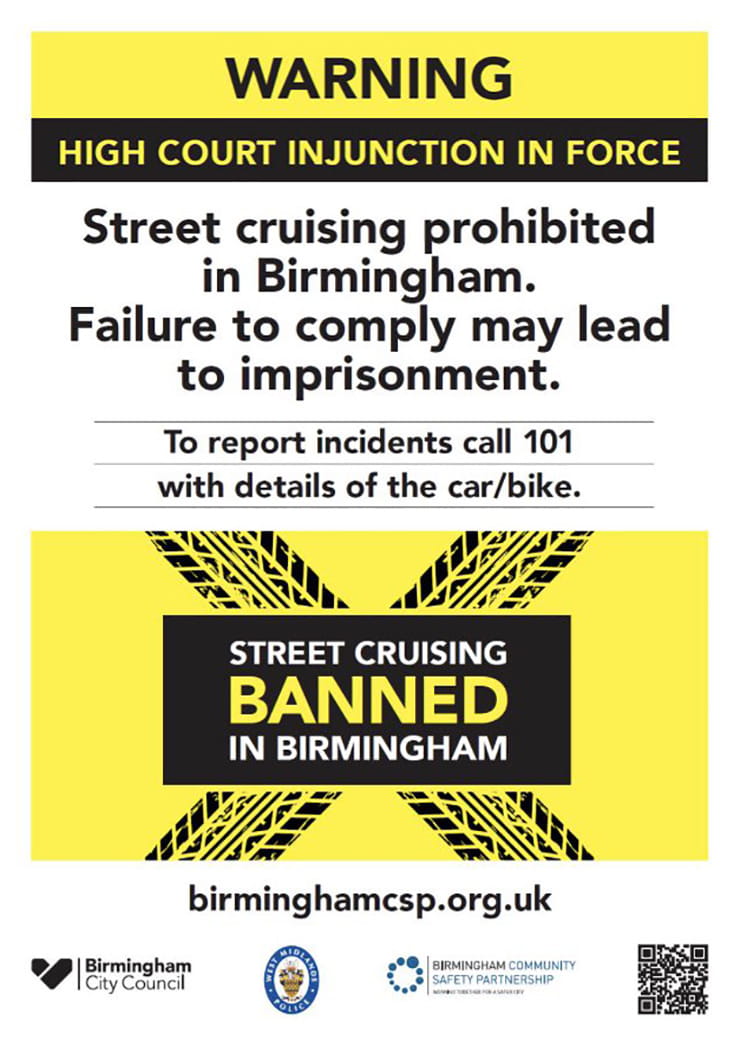