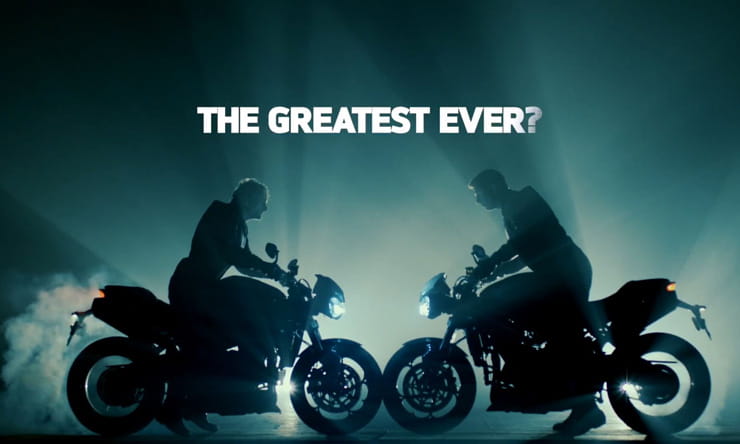 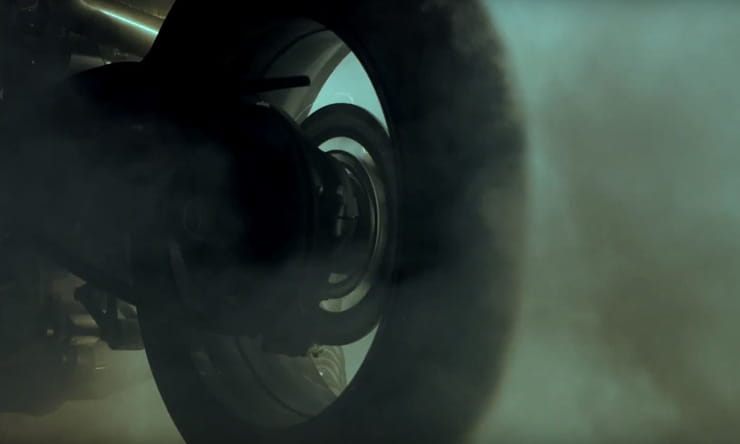 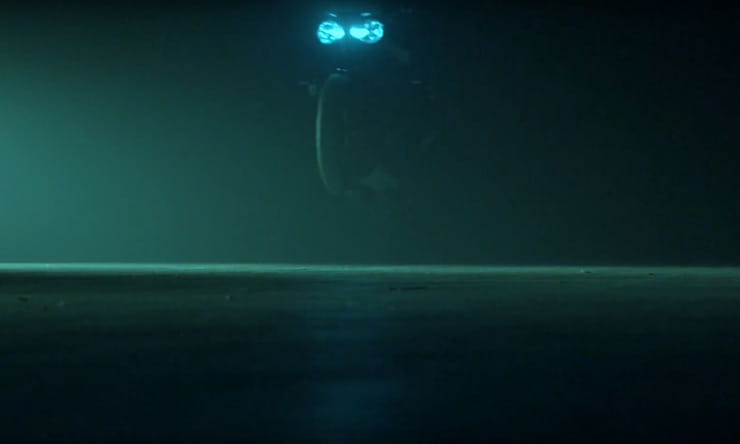 Triumph has started dropping hints that a new Speed Triple is on the verge of being released with significant, if subtle, changes.

A new teaser video from the firm (see below) purports to be advertising a showdown between superbike legend Carl Fogarty and TT star Gary Johnson, but in fact it’s showing us the new Speed Triple.

Then it states a date, 29 January, and a time, 8am GMT. That’s clearly when the bike will be revealed.

The tweaks for 2018 come just two years after the firm revamped the Speed Triple for the 2016 model year with 104 changes to the engine, making it Euro4-compliant and boosting power from 133hp to 138hp in the process.

So what can we expect to see altered? Late last year Triumph was spotted testing a mildly revised Speed Triple S. Its most notable changes included a TFT instrument pack, similar to that on the latest Street Triple R and RS and most of the updated 2018 Tiger models. There was also a slightly different exhaust system and, on the test bike, some oddly mismatched wheels, with a Street Triple-style five-spoke front allied to a three-spoke rear that looked like it was from a previous generation of Speed Triple.

And what do we see in the new video? A close-up of a TFT instrument display and a brace of Speed Triples with five-spoke wheels that don’t match the current model’s design. The mildly altered exhaust is also visible, although you need to be a Speed Triple anorak to tell the difference.

Perhaps more importantly, last year’s test bike also appeared to sport a prototype cylinder head, standing out in bare aluminium against thee black finish of the rest of the engine. Will the Speed Triple get a significant performance increase in response to the latest uber-powerful naked machines from Triumph’s rivals? Don’t bet against it. That ‘most powerful’ line in the teaser video speaks volumes.

The exhaust and engine changes aren’t being driven by improvements to the emissions – the existing bike already complies with the latest rules – so a performance increase is surely the target.

How will it achieve more performance? There are several routes the firm could take, but perhaps the easiest would be a capacity hike. Aftermarket kits have previously taken Triumph’s triple out to over 1100cc, so there’s room for a little expansion over the current bike’s 1050cc.

Electronics are also sure to be addressed on the new Speed Triple. These days, up-and-down quickshifters are fast becoming de rigueur, and while an upshift-only quickshifter is currently an option on the Speed Triple, an increasing number of its rivals – and even the smaller Street Triple RS – have them as standard. The video’s question over who’s ‘the smartest’ surely suggests that we can expect plenty of electrickery on the revamped machine. 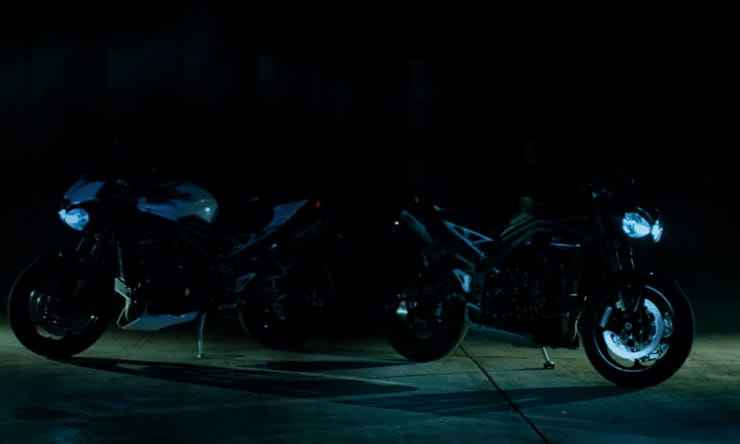 The new Speed Triple represents the ninth distinct version of a model that can trace its history back to 1994.

The original T309 Speed Triple was based on the first generation of Hinckley Triumph, complete with steel frame and a carb-fed 885cc three-cylinder engine.

However, it was the 1997 ‘T509’ model that really defined the Speed Triple, gaining a new fuel-injected engine, albeit still 885cc, a single-sided swingarm, twin ‘bug-eyed’ headlights and the same aluminium tube frame as the T595 Daytona. Even the new 2018 model is still visually closely related to the T509, with a very similar chassis design, single-sided swingarm and headlights that hark back to the earlier bike. The engine has evolved massively, too, but still has its roots in the 1997 motor’s overall design.

In 2005, there was a landmark revision to the bike, which was revamped throughout. Thee engine was upped to 1050cc and the styling gained the stubby-tailed look that’s persisted ever since. It was refreshed again in 2008 and more significantly in 2011, when the original round headlights made way for ovoid versions and the bodywork was again reworked.

Most recently we’ve seen the changes for the 2016 model year, focussing on Euro4 compliance and adding tech like ride-by-wire. 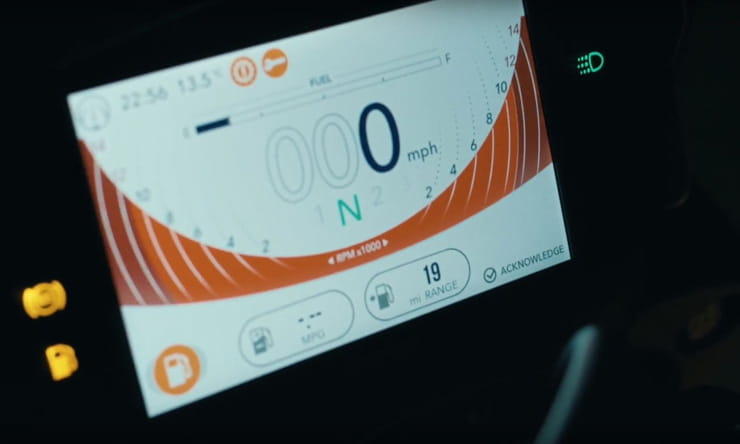