10% of all speeding prosecutions cancelled 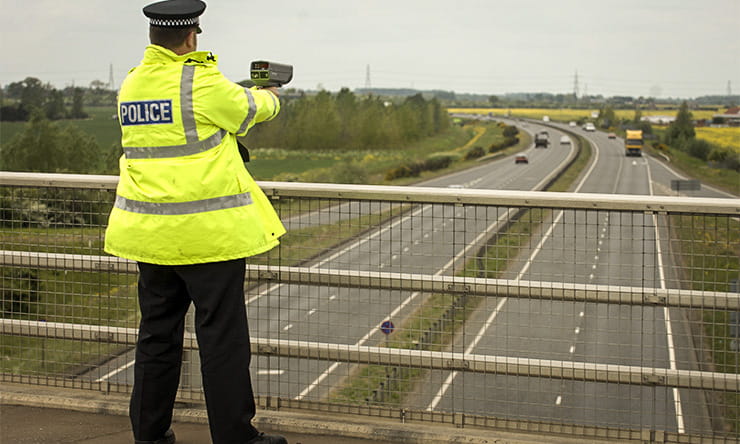 Up to one in four speeding fines are being cancelled, according to statistics from the Home Office.

Errors by various police forces, problems with cameras and delays in admin processes saw almost a quarter of a million speeding fines being dropped last year. On average – across the counties – that’s one in ten potential prosecutions of motorcycle riders and car drivers being dropped, but Greater Manchester Police had to withdraw 33,893 speeding offences during the 2016-2017 period – that’s 28% of all its fines and the largest of any force in the country.

Riders and motorists disputing their penalties frequently had their fines dropped, while administration hold-ups that saw fines issued more than 14 days after the incident also contributed to the cancellations. Technical issues with camera equipment and simple police errors were also found to be a cause.

Adam Snow, a lecturer in criminology at Liverpool Hope University, found that more than 10% of the 2.2 million speeding offences given out in the period had to be dropped, which equates to 241,165 scrapped fines in just one year.

The news comes shortly after chief constable Anthony Bangham made his controversial comments that car drivers and bikers should be fined for doing just 1mph over the speed limit. He has since said that it would not be feasible to punish drivers in such a way.

How many points can you get before your licence is suspended?

Under current legislation a speeding driver or rider can be disqualified under the ‘totting up’ system if they amass 12 points within any three-year period, though the rules are different for new motorists; gain six points within the first two years of passing your test and your licence will be revoked.

That said, an investigation has found that a car driver with more than 62 penalty points on his licence is still being allowed to drive.

While magistrates agree that disqualification is mandatory, there are clauses if the circumstances are deemed to be ‘exceptional’. You may be able to retain your licence if you’re able to justify a submission of exceptional hardship, for instance; while losing a job might not be enough to be considered ‘exceptional’, a person might escape a ban if they can prove that losing their licence would lead to extreme financial hardship.

Motorists can pick up penalty points for a range of offences, from speeding to failing to inform the DVLA of a change of address.

But Sheena Jowett, deputy chairman of the Magistrates’ Association, said: “Magistrates take decisions under clear guidelines, impartially and on the merits of each individual case.

“Automatic disqualification can be avoided or reduced in cases of ‘exceptional hardship’. The process is a robust one and the concept of hardship must be proved to an exceptional level.”