BMW hints at its cruiser future 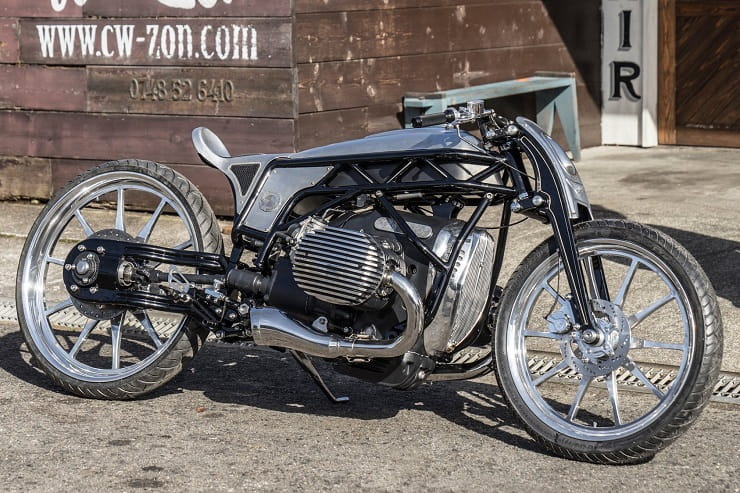 BMW has confirmed that the engine used in Custom Works Zon’s one-off machine – ‘Departed’ – is a genuine prototype unit and it drops a massive hint that the Bavarian firm is about to make a stunning return to the cruiser market that it dropped out of nearly 15 years ago.

The firm’s most recent attempt at a cruiser, the R1200C was made from 1997 until 2004, with a final production push ensuring there was enough stock to keep the machine on sale until the end of 2005. Based around the firm’s long-established 1170cc air-cooled boxer engine, it and derivatives like the R1200CL and the spectacularly ugly Montauk were never real threats to more classically engineered and styled machines, notably the Harley-Davidsons that have long reigned supreme in the cruiser market.

When BMW departed, it made it clear that it might return to making cruisers in the future, but that if it did then it would use a much larger-capacity, purpose-designed engine for the job. Announcing the death of the R1200C back in 2004, Dr Herbert Diess said: “The first point is that there will be no direct successor to the Cruiser in our next model generation. This is due to technical considerations: The new engine you know from the GS is designed consistently for low weight and therefore - quite intentionally - offers only a small margin for an increase in engine displacement. And since the trend in the cruiser segment has now been pointing far beyond 1400 cc for quite some time, a Cruiser in its former, classic style with a smaller engine would no longer fit into our concept for the future. But this does not mean that we are turning away from the cruising philosophy with BMW motorcycles once and for all. On the contrary, it would be quite conceivable for us to re-interpret this theme quite differently some time or another.”

Now, it seems, that time has come. Because Zon’s ‘Departed’ uses exactly the purpose-made, large-capacity cruiser engine that Diess appeared to be hinting at.

Although the firm hasn’t revealed technical details of the new engine, it has confirmed that the motor used in Zon’s Departed is a genuine BMW prototype unit and that it features air/oil cooling and pushrod-operated valve gear. It also suggests that it’s significantly larger than any BMW boxer made before. Departed wears a badge reading ‘R18’ on its tail, quite possibly hinting at the motor’s displacement.

The machine, which won the ‘Best of Show’ award at the Hot Rod Custom Show in Yokohama, Japan, last week, is otherwise a complete one-off, so don’t expect BMW’s real re-entry into the cruiser market to bear much resemblance to it. Zon’s founder, Yuichi Yoshizawa, said: “It was a great honour and a challenge to be able to build a motorcycle around the prototype of such a spectacular new boxer engine for one of the most tradition-steeped manufacturers.”

BMW itself is keeping schtum about its plans, but says: “Further details about the engine and its possible future use will be communicated at a later point in time.” 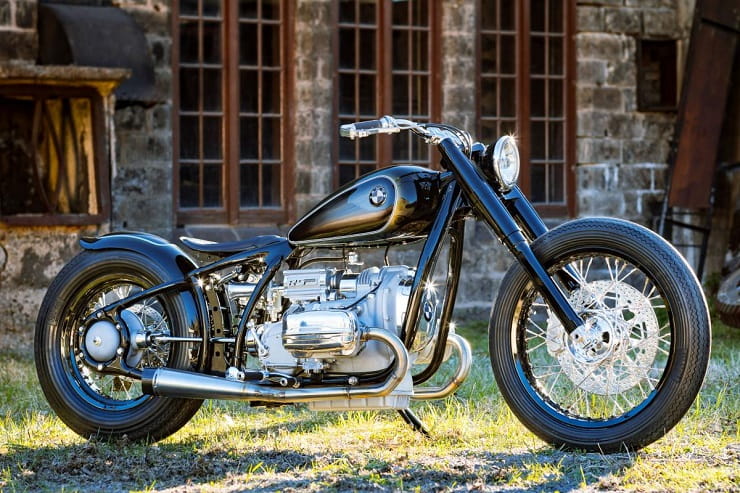 BMW has been dropping hints at its return to the cruiser market for a while – most notably in 2016 when it revealed the R5 Hommage concept at the Concorso d’Eleganza Villa d’Este in Italy.

While that bike’s engine was a genuine, pre-war 500cc supercharged boxer – a far cry from the massive new prototype motor – the chassis it was fitted to was completely new, with a hardtail-style chassis that actually had cleverly hidden rear suspension, not unlike the design used by Triumph on the Bonneville Bobber. Its overall shape was also quite similar to the Bonneville Bobber, and given the British bike’s massive sales success since its launch BMW is sure to be encouraged that it’s a good direction to take. Notably, both the R5 Hommage and the new Zon machine feature a similar, distinctive open shaft-drive with a clearly-visible universal joint. 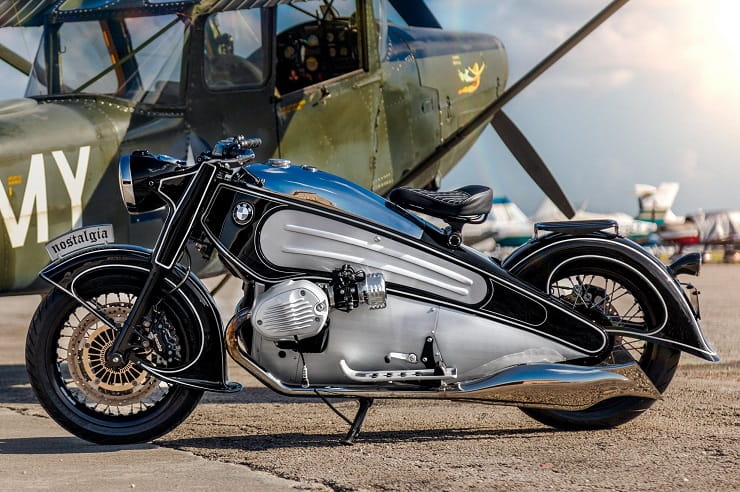 Although not an officially-sanctioned BMW product, this machine – the Nmoto Nostalgia – illustrates another path BMW could take to tackle Harley-Davidson’s cruiser market share while still forging a distinct direction of its own.

Inspired by the one-off, art deco style BMW R7 prototype made in the 1930s, the Nmoto Nostalgia is based around the existing BMW R NineT. It adopts the stock BMW’s engine, electronics, suspension and brakes, ensuring it’s got cutting-edge levels of kit, but drops them into a spectacular-looking machine that could be straight from the pre-war period. While it could never be mistaken for a Harley or an Indian, it could certainly appeal to a similar type of buyer. Already available for order at $49,500 from Nmoto, the Nostalgia reminds us that BMW has a long history that it’s never really plundered when it comes to attracting cruiser buyers.

With the German firm now seemingly serious about tackling the custom and cruiser markets – a new engine like the one shown in Japan last week represents a massive R&D investment – incumbents like Harley-Davidson should be worried. Harley’s already had an annus horribilis in 2018, becoming a pawn in the US trade war, attracting criticism from President Trump and drawing import tariffs from the EU while suffering diminishing home-market sales. The news that BMW – a firm that’s had a Midas touch in recent years, with class-leading bikes in every category it competes in – is squaring up to take a bite out of Harley’s heartland will be another hammer blow.

But for customers it’s great news; competition inevitably leads to improved products, sharper pricing and faster development. BMW’s new cruisers won’t just be an alternative for buyers; they’ll also be a prompt for better machines from its rivals.