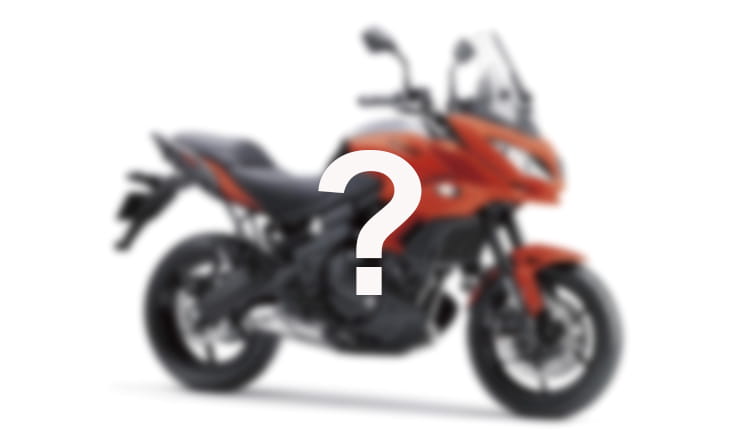 The plans have been revealed via a filing with the California Air Resources Board, which needs to approve all vehicles to be sold in the state to ensure they meet strict emission limits.

Filings for the 2019 Versys 1000 show that next year’s bike is sticking at its distinctive 1043cc capacity, which means the basic engine architecture – which originated in the 2010-on Z1000 – hasn’t been changed.  However, the emissions figures for the 2019 bike are significantly lower than its predecessor.

The CARB measures hydrocarbons (HC), nitrogen oxides (NOx) and carbon monoxide (CO). Comparing the 2018 bike to the upcoming 2019 model, we can see that the HC emissions are down from 0.1g/km to a mere 0.04g/km, while combined HC+NOx emissions have dropped from 0.2g/km to 0.1g/km. When it comes to carbon monoxide, the old Versys was already way below the 12g/km limit – putting out only 0.4g/km – but the new one is cleaner still with a 0.3g/km CO output under test conditions.

How has Kawasaki managed to nearly halve the emissions of the 2019 Versys? We’ll have to wait a bit longer to see the full details, but there’s a clue in the jumble of letters listed under ‘Special features and emissions control systems’ on the CARB document. Both the old and new bikes feature ‘SFI’ (sequential fuel injection), PAIR (pulsed secondary air injection) and HO2S (a heated oxygen sensor – which measures oxygen levels in the exhaust). Where they differ is in the TWC (three-way catalytic converter). Where the old bike is listed as ‘TWC(2)’ – meaning it has two catalysts – the new one has just one. Presumably it’s bigger or uses a new construction to help make the exhaust cleaner.

What we can’t tell is how the changes will impact the engine’s performance. A power increase from the current model’s 118hp is likely, but we know that the bike won’t be getting the same 140hp spec as the Z1000, despite sharing the same basic engine design. Again, emissions figures tell the story here; the unchanged-for-2019 Z1000 pumps out higher levels of HC, NOx and CO than the new Versys, showing that it’s still got a very different state of tune.

It’s a safe bet that Kawasaki will be giving the Versys 1000 a new look next year as well. The bike’s first generation lasted three years from the 2012 to 2014 models, while the second version is already into its fourth year since its introduction as part of the 2015 range.  It’s overdue a facelift at the very least.

Whether Kawasaki will change the chassis is less clear. Under the skin, the 2018 Versys 1000 is still much the same as the original 2012 model, and given Kawasaki’s recent impressive weight reduction plans on the Z650 and Z900 models – which involved switching to steel trellis frames – we might have hoped for something similar on the Versys. However, that’s not happening as the CARB certificate shows the 2019 Versys 1000 is actually somewhat heavier than its predecessor.

The actual weight figures used by CARB are unusual ‘EIM’ (estimated inertial mass) measurements, which are intended to reflect the typical running weight of the bike, including a normal rider and a typical amount of luggage. That’s why the 2018 model is listed as 360kg rather than the 250kg curb weight listed on its spec sheet. For 2019, that weird ‘EIM’ figure rises to 370kg, suggesting that the bike’s updates will make it around 10kg heavier. However, don’t read too much into that change, as we don’t know what specification the bike will be sold in. For instance, it’s quite possible that removable panniers will be standard on the 2019 bike – they’re ordered by most customers anyway – increasing its standard-equipment weight.

In terms of the styling changes themselves, we’d expect a nod towards the direction Kawasaki has taken with its Ninja H2, Ninja H2 SX and Ninja 400. Those three bikes all show a new family look incorporating headlights that sit below the forward edge of the nose rather than above it. Kawasaki isn’t expected to move in the direction of a more aggressive, off-road style, despite the notional ‘adventure-tourer’ nature of the Versys 1000. It’s not a machine designed to go head-to-head with the KTM Adventures and BMW R1200GSes of this world, but more of a high-rise, road-oriented tourer.

As with the rest of Kawasaki’s 2019 range – which we already know will include a new ZX-6R, a new Ninja 125 and Z125 range and an updated ZX-10R – the 2019 Versys 1000 will make its official debut at either the Intermot show in Cologne in October or Milan’s EICMA show in November.