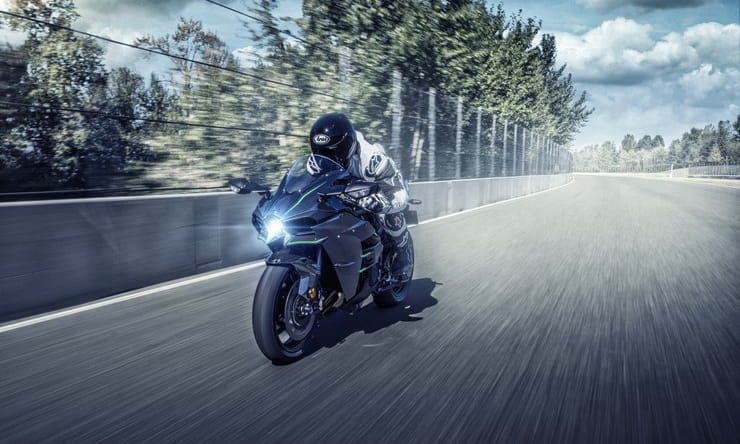 Kawasaki has revealed the 2019 version of its range-topping Ninja H2 and while it looks much the same as before it’s had a hefty power increase from 197hp to 228hp.

While the track-only H2R has already proved that the Ninja’s supercharged four-cylinder is capable of well over 300hp, it can’t make that power while remaining road-legal and meeting emissions limits. The 2019 H2 achieves its 228hp (231PS) performance while staying within Euro4 emissions rules, and Kawasaki even says its fuel consumption is no worse than the previous, 197hp (200PS) version.

The firm says that it’s achieved the power increase by borrowing a number of parts from the H2 SX sports tourer, including the ECU, spark plugs and air intake, but retaining the original H2’s supercharger instead of the SX’s ‘balanced’ supercharger.

Chassis-wise, there aren’t many changes apart from the adoption of new Brembo Stylema front brake calipers, with more rigidity and better cooling than the old versions, and Bridgestone RS11 rubber. 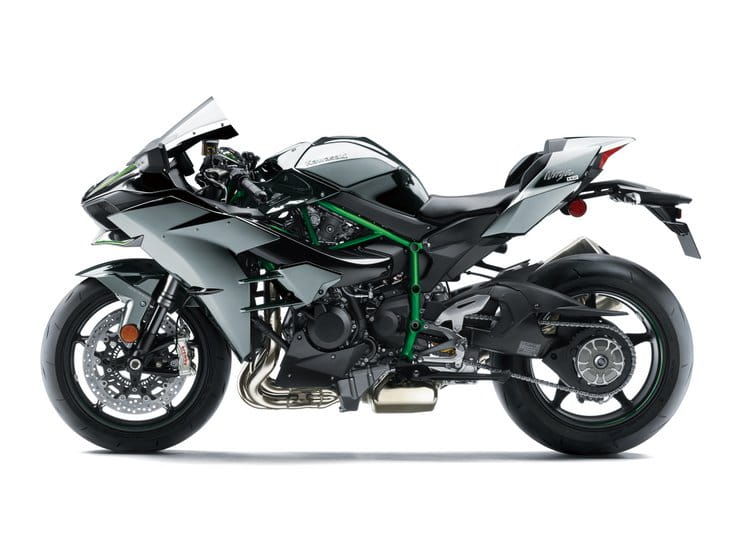 From the outside you’ll be hard-pushed to distinguish the 2019 model from the earlier version as the bodywork is unchanged.

There is a new ‘Super Charged’ emblem, while the distinctive paint finish is the same ‘self-healing’ stuff that debuted on the original H2 in 2015. Small scratches disappear in warm temperatures. 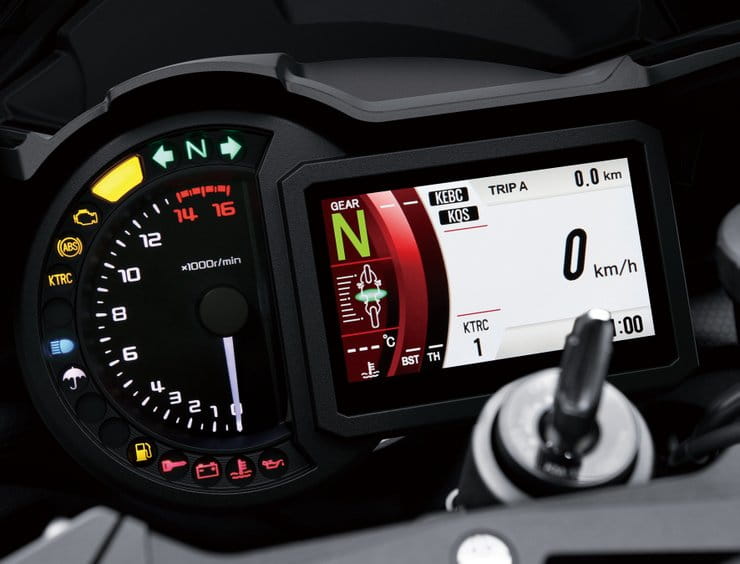 On-board, the instruments are updated to the same full-colour TFT display that first appeared on the H2 SX sports-tourer, but also gain smartphone connectivity via Kawasaki’s ‘Rideology’ app. It lets your phone display details like a riding log and information on fuel level and battery condition.

Kenji Nagahara, Managing Director of Kawasaki Motors Europe, said: “The visual impact and engineering prowess of the Ninja H2 will surely increase thanks to this major update.

"This Supercharged machine is the physical embodiment of our corporate strength. The addition of more power, smart phone “Rideology” technology and other specification upgrades for 2019 shows that, as a company, we are constantly pushing the boundaries of what is possible and delivering cutting edge motorcycles to the market."