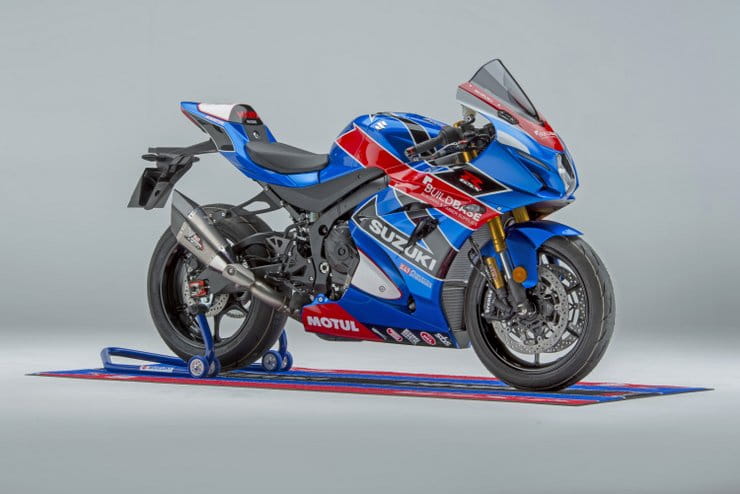 There’s something comfortingly traditional about Suzuki GB whipping up the occasional limited-edition BSB replica. Remember the old Rizla-branded John Reynolds reps from the mid ’00s? Well now Suzuki has resurrected the idea with a limited-run tribute to its Buildbase-sponsored BSB and British Superstock 1000 machines.

Just 50 of the new replicas will be made, based on the high-spec GSX-R1000R and painted in the same colours as the bikes raced by Bradley Ray, Richard Cooper and Billy McConnell. As well as the graphics, the bikes all get a Yoshimura R11 SQ exhaust and Yoshi mirror blanking plates that you can fit if you opt to venture on track.

They also gain engine case protectors, lever guards, a double-bubble screen and paddock stand bobbins, as well as a pillion seat cowl and a tank protector. And for your garage you get a paddock stand, a bike cover and even a matching floor mat to stand the bike on.

With all that kit, and the exclusivity factor of the individually-numbered fuel tank to prove it’s a genuine limited edition, the £19,999 price doesn’t seem too unreasonable. And you can even buy one using the same Suzuki 2,3,4% finance campaign that applies to the stock GSX-R1000R. 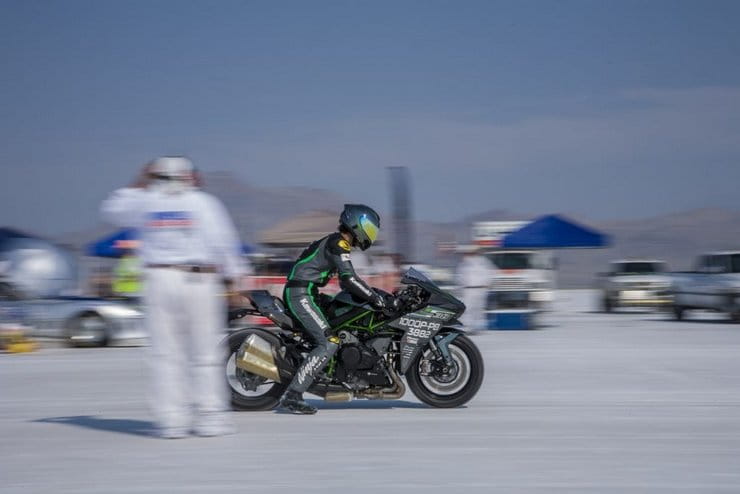 A Kawasaki Ninja H2 prepared by an independent team made up of Kawasaki’s own engineers and riders pushed well past the 200mph mark at Bonneville Speed Week – establishing a new class record for supercharged production bikes under 1000cc at 209.442mph.

The bike, entered by Team 38, managed 211.621mph in one direction and a return run of 207.263mph with Shigeru Yamashita, a Kawasaki development rider, at the controls.

In a release, the firm said: Riding on the salt is challenging; the surface is very slippery, so simply preparing a bike to go as fast as possible will not automatically result in a record-setting speed. Finding a way to suppress rear wheel spin, and the rider’s skill at keeping the bike on track are both necessary components for success. And since allowable modifications are severely limited in P-PB 1000 class contested this year, the base performance of the bike is also extremely important. 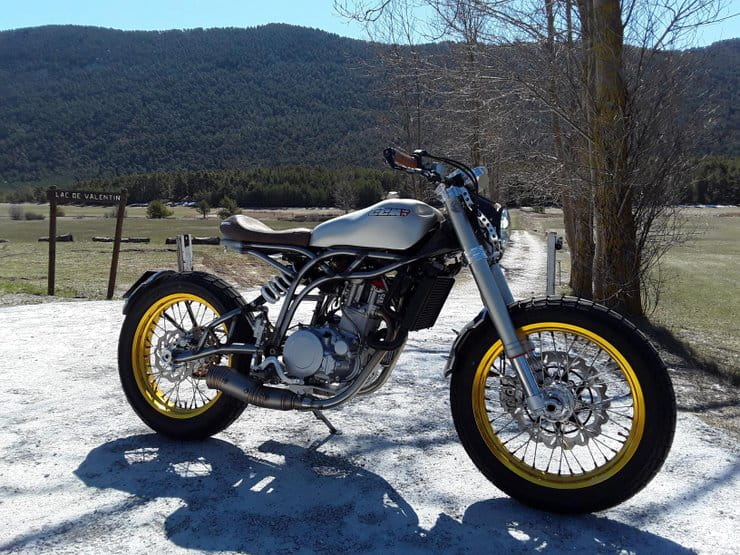 CCM takes the Spitfire into Europe

Tiny British firm CCM has announced that it’s going to put its Spitfire series of bikes on sale in Europe – a seemingly small decision but one that has massive implications.

Why? It’s because all the Spitfires sold so far, only in the UK, have been registered under Motorcycle Single Vehicle Approval rules, which are really designed to allow people to put home-built specials on the road.

To sell the bikes in other European countries they’ll need to pass European Whole Vehicle Type Approval tests. In other words, they’ll have to meet all the same standards as full production bikes.

It’s not just about exhaust emissions and noise; there are a host of rules to be met regarding every element of the bikes, from lighting to dimensions. But such is the demand for the Spitfire machines in Europe that CCM has decided to take the plunge.

Obviously, it’s going to take time, but CCM reckons it will have the bikes on sale across Europe in early 2020.

CCM’s Managing Director Austin Clews said: “These are very exciting times for CCM, we have a growth plan to increase UK sales and begin to export into new territories and bring a totally new experience to the customer that is tried and tested in the UK giving the customers exactly what they want.”

It’s no big shock to discover that Kawasaki is building a naked Z400 derived from its new Ninja 400 – but any hope that the firm had of surprising us with the bike has evaporated, as its existence has been revealed in Californian emissions certification documents.

Given that there was a naked Z300 version of the Ninja 400’s predecessor, the Ninja 300, and that Kawasaki also makes both naked ‘Z’ and faired ‘Ninja’ versions of its 250cc singles, 650cc twins and 1000cc four-cylinder models, an unfaired Z400 was always likely to appear. Now it’s clear that it’s going to be on sale in 2019. At the same time, Kawasaki has already announced that it’s going to put a brace of entry-level 125cc singles on sale, in naked Z125 and faired Ninja 125 forms.

The 2019 Z300 will be mechanically identical to the Ninja 400, with the same chassis and 45hp parallel twin engine. However, the removal of the fairing and addition of higher, wider bars will completely transform both its appearance and the riding experience.

What’s not clear yet is whether the styling will be modern, in the vein of the Z250, Z650, Z900 and Z1000, or if Kawasaki will create a baby version of the hugely successful, retro-styled Z900R. At the moment, the title used on the emissions documents is its internal code, ‘ER400DK’.

Curtiss Motorcycles is the new electric bike brand that’s been formed by Confederate founder Matt Chambers and promises to continue the work of creating high-end two-wheeled exotica, just with battery power rather than petrol engines.

Earlier this year it revealed its first prototype, the Zeus, and now it’s announced the second model that will join the range in 2020.

Designed, like recent Confederates and the Curtiss Zeus, by Jordan Cornille, the Hera is inspired by the legendary V8 Curtiss of 1907. Glenn Curtiss achieved 136.7mph on that bike, faster than any man had travelled before, regardless of the type of vehicle. It’s the only time a motorcycle ever held that record, and while cars soon claimed the land speed title and within a few years aircraft were quicker still, no bike would go as fast until 1930.

Matt Chambers said: “With Hera, we set out to create the world’s most luxurious motorcycle. Featuring the world’s first V8 battery architecture, an ultra-powerful, yet refined, E-Twin motor, and a 66-inch wheelbase, Hera will occupy a class all her own.”