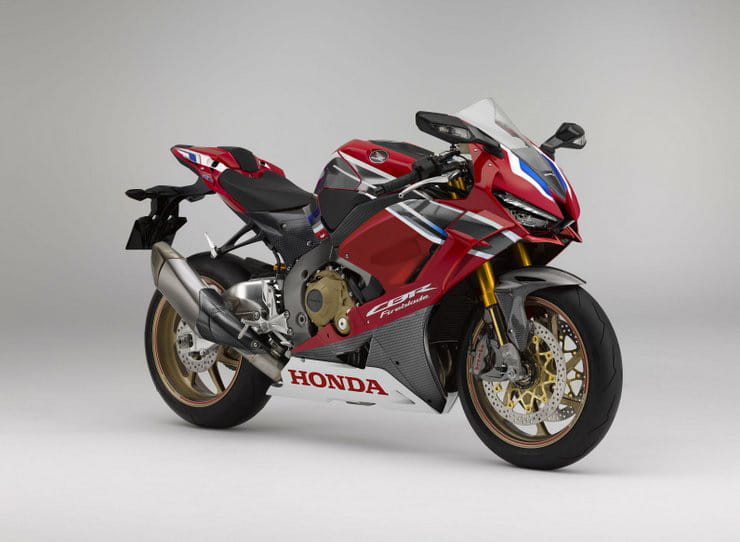 Honda’s next-generation Fireblade will take a bow at this November’s EICMA show in Milan according to sources close to the company in Japan. And when it does the firm is hoping it will demolish the competition thanks to a massive boost in power compared to the current model.

While the current Blade’s 189hp output was already a significant bump over its predecessor, and isn’t likely to leave you crying out for more. However, in a world where its rivals are regularly passing the 200hp mark Honda has apparently decided it’s time to up its game.

And it’s going to do it by a big margin if our Japanese information is correct. Insiders say the next Blade is already well advanced in its testing and makes an incredible 215PS. That’s 212hp in more familiar terms. Or, to put it another way, it’s 1hp more that the current superbike top-dog, Ducati’s Panigale V4, can manage.

Details on how that power is achieved are sketchy at best, but given that the foundations of the current Blade’s engine and chassis can be traced back to the 2008 model, it’s likely that we’ll see a completely new engine design.

We will certainly see a new frame. According to our source, the next-gen Blade features a central air duct on its nose and a hollowed-out headstock to allow the intake air to run straight through it. It’s a technique that most of its rivals already use, and has proven advantages in terms of routing high-pressure air to the airbox. Honda made the same change to the CBR600RR back in 2007, so is more than familiar with the idea and knows how to make it work. 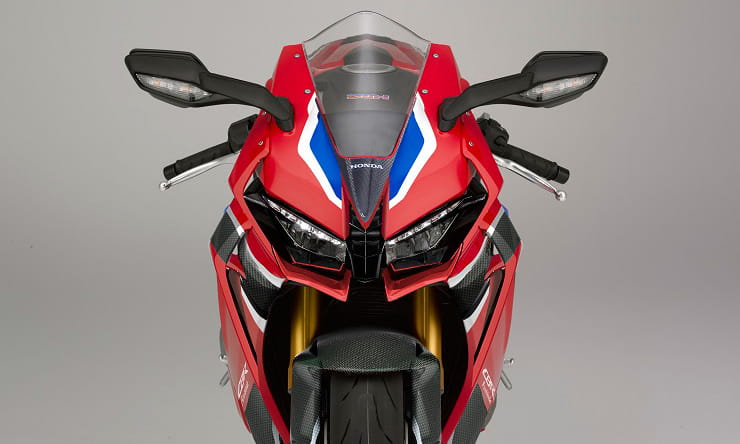 What the Blade won’t get – despite what you might read elsewhere – is a V4 engine.

While Honda has been working on a V4 superbike, potentially to be called ‘RVF1000’, it’s a completely separate project and at the moment we still don’t know for certain whether it’s been green-lit for production. Patents filed for the new V4 over the last couple of years have shown it to use a semi-monocoque-framed design, similar to Ducati’s Panigale, allied to a version of the RC213V-S’s MotoGP-derived engine. Those patents explain that the new chassis – made of cast aluminium – would radically ease mass production and reduce costs compared to the original, painfully expensive RC213V-S.

However, the incredible 212hp power figure that our Japanese sources claim for the new Fireblade’s inline-four engine might just be a tacit confirmation that the V4 is coming.

Why? Because it’s hard to believe Honda will be able to make so much power from a mass-made, affordable, road-legal, 1000cc engine. The closest any rival comes to that figure is the 211hp Ducati Panigale V4, which has the advantage of an 1103cc motor rather than a mere 1000cc.

We’re getting into the realms of speculation here, but if Honda has given its long-rumoured V4-engined ‘RVF1000’ superbike the go-ahead, it will put the firm back in the position it was in when the original Fireblade was launched back in 1992. The key to the original Blade’s astounding performance was the 893cc inline-four engine, which was made possible because Honda already had the V4-powered RC30 as its WSB contender. Freed from the need to comply with racing rules, Honda’s engineers – led, of course, by Tadao Baba – were able to create the Blade without worrying about adding a few cc to its capacity.

If there’s a V4-engined superbike waiting in the wings to take on WSB duties, the next-gen Blade could easily be an 1100cc or even 1200cc bike; giving a power and torque advantage over its 1000cc rivals without adding much physical size or weight.

One piece of information that goes against that theory, but doesn’t completely annihilate it, is word from Japan that there will still be higher-spec ‘SP1’ and ‘SP2’ versions of the next-generation Fireblade. In the current range, those are the machines intended to homologate higher-spec components for racing, particularly the limited-run SP2. But the mass-made SP1 has proved a sales success too, matching the base model in terms of numbers sold.

According to our Japanese sources, the next-gen bike’s SP2 version will be even more exotic than the existing one, with a full carbon-fibre fairing and all-titanium exhaust.

The next-gen Blade is set to appear at EICMA this November, if our information is correct. That show comes shortly after Honda’s 70th anniversary as a company. It was incorporated on 24 September 1948, and it’s long been rumoured that there will be at least some special new models released to mark the occasion.