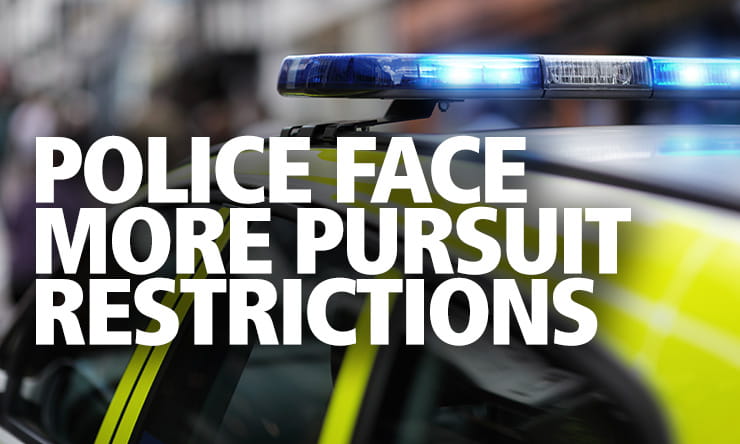 Police in the UK will no longer enjoy blanket immunity from being sued for negligent acts committed in the course of operational duties.

Last week a landmark Supreme Court judgment removed the so-called ‘Hill principle’, which held that police officers owe no duty of care to members of the public in relation to action taken in the course of suppressing a crime.

The Hill doctrine came about  in 1989 through the case of Hill v Chief Constable of West Yorkshire [1989] (A.C. 53). Jacqueline Hill was the final victim of Peter Sutcliffe, the Yorkshire Ripper. Jacqueline’s mother sued West Yorkshire Police on the grounds that the police had been negligent during the course of their investigation into Sutcliffe, and that their negligence in failing to detect and detain him led to the murder of her daughter. The claim was struck out and Mrs Hill’s appeal later refused.

Prior to the Supreme Court judgement last week, the position was that:

1: There is no general duty of care owed by the police to members of the public at large to apprehend an unknown criminal

2: As a matter of public policy, the police are immune from allegations of negligence arising from their investigation and suppression of crime.

The case that changed everything

On 8 February 2018, Elizabeth Robinson successfully appealed against a decision that the police owed her no duty of care in respect to injuries she sustained when a suspect tried to escape arrest in a busy town centre (Robinson v Chief Constable of West Yorkshire [2018] UKSC 4).

Back in 2008, Mrs Robinson, a relatively frail lady then aged 76, was walking along a shop-lined street in the center of Huddersfield. Unbeknown to Mrs Robinson, undercover officers from West Yorkshire Police were preparing to arrest a suspected drug dealer, Ashley Williams, who was standing outside a bookmakers on the same street. Mrs Robinson, who was one of a number of pedestrians walking along the pavement, passed by Williams into the officers’ direct line of sight. The officers took hold of Williams, who resisted arrest, and a tussle ensued.

As officers DS Neil Willan and PC Dhurmea wrestled with Williams, they moved towards Mrs Robinson and collided with her. Mrs Robinson fell over and the men fell on top of her. Three seconds later, PC Ian Green and Ds Damian Roebuck arrived and assisted in apprehending Williams.

Mrs Robinson issued proceedings for damages for personal injury, on the basis of the negligence of the officers. The Judge at the first stage of proceedings dismissed the claim. He did hold that the officers had acted negligently and identified that Mrs Robinson was an elderly lady and there was a foreseeable risk that she would be injured due to her close proximity. However, he stated he was bound by the decision in Hill, which conferred on the police an immunity against claims in negligence.

On appeal Lord Justice Hallett accepted that there were a number of possible exceptions to the general principle from Hill: cases of outrageous negligence, cases that did not relate to the police’s core functions, and cases where police officers had assumed responsibility for a claimant. However, Hallett LJ held that Mrs Robinson’s appeal did not fall into any of those categories. She further stated that it was not fair, just or reasonable to impose a liability on the officers in this case. Lords Justice Sullivan and Arnold concurred and the appeal was dismissed. Crucially, in dismissing the appeal, the Lords also overturned the finding of the trial Judge that negligence had occurred.

But Lords Hale, Mance, Reed, Hughes and Hodge unanimously allowed the appeal and restored the trial Judge’s judgment insofar as his decision that the officers’ had acted negligently.

Lord Reed commented that the decision in Hill has now to be understood in light of later authorities and said: “The case of Hill is not authority for the proposition that the police enjoy a general immunity from suit in respect of anything done by them in the course of investigating or preventing crime. On the contrary, the liability of the police for negligence or other tortious conduct resulting in personal injury, where liability would arise under ordinary principles of the law of tort, was expressly confirmed… In short, Mrs Robinson was injured as a result of being exposed to the very danger from which the officers had a duty of care to protect her”.

Lord Mance commented: “We should now recognise the direct physical interface between the police and the public – in the course of an arrest placing an innocent passer-by or bystander at risk – as falling within a now established area of general police liability for positive negligent conduct which foreseeably and directly inflicts physical injury on the public.”

The Chief Constable of West Yorkshire Police was therefore found liable and the case was remitted back to the lower Court for the assessment of damages to be awarded to Mrs Robinson.

What’s this got to do with us motorcyclists?

The judgment is likely to have a dramatic effect on the ability of potential claimants to bring legal actions against the police; you can almost hear the anti-police lawyers queueing up to sue officers for anything and everything as a result of this finding, including many of the cases of moped crime that we have seen over the past 18 months.

While the Courts are unlikely to allow the floodgates of litigation to be opened, the judgment in Robinson has certainly removed what has often been an immediate bar to clients commencing civil claims against police forces in England and Wales.

Just as the police were starting to get to grips with the gangs on mopeds, they now have to consider not only the effects of their own actions, but those of the suspect too.

What do you think? Should officers have to answer more or less for their actions in the apprehension of criminals? Tell us below.