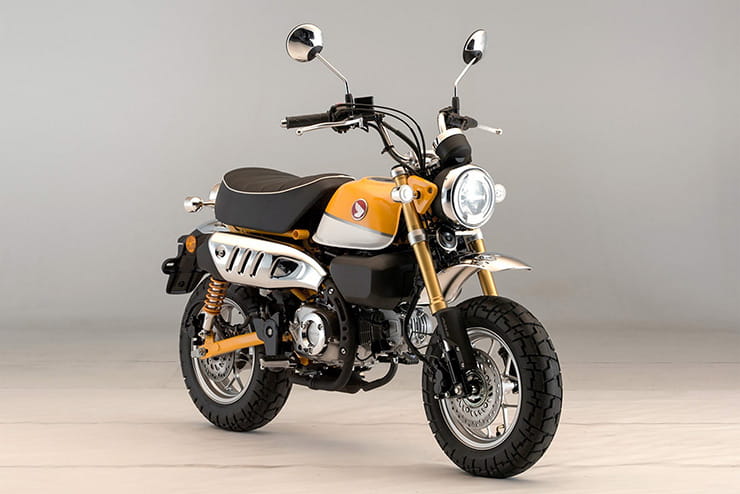 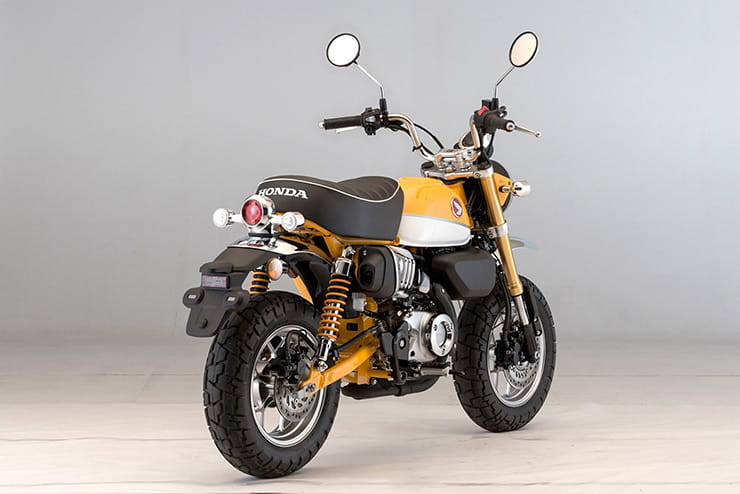 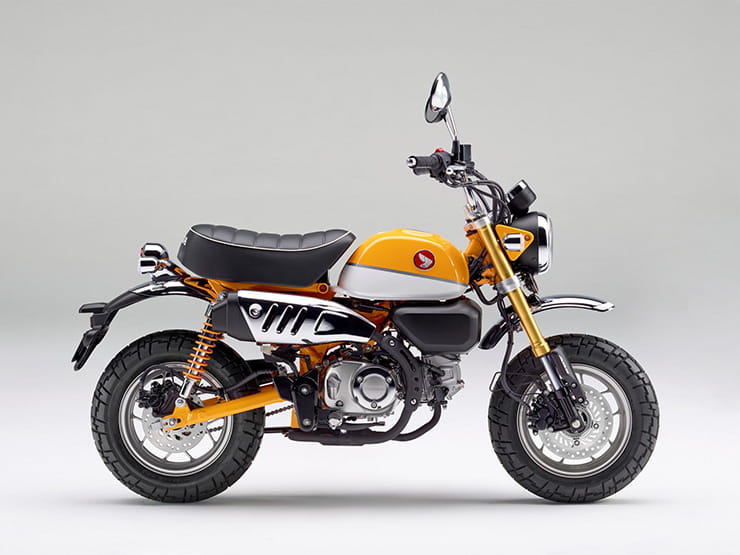 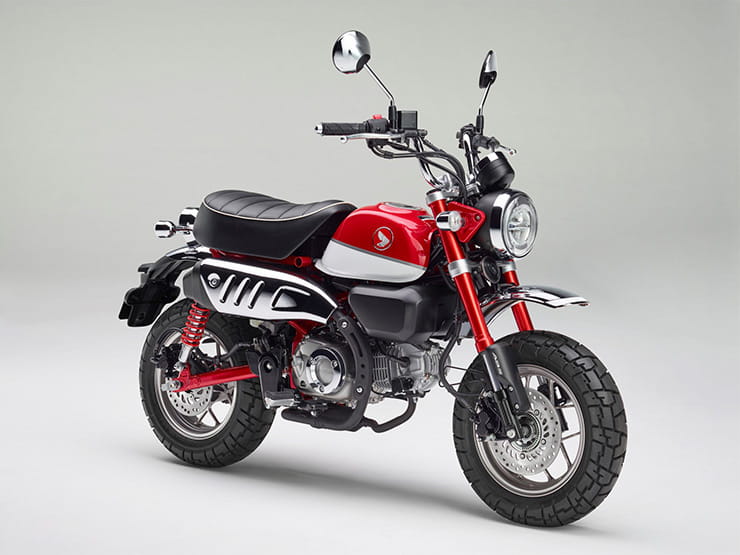 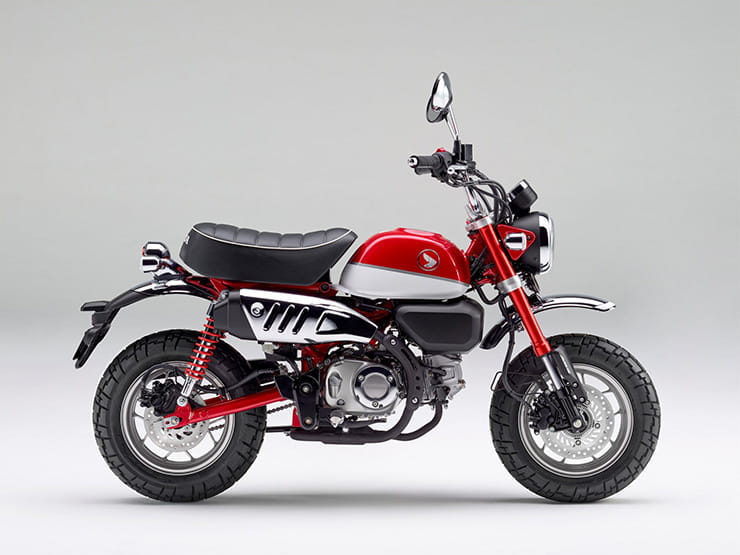 Honda has got some legendary names in its arsenal. The Fireblade. The Gold Wing. The Vultus.

Okay, maybe not the Vultus.

But none of those machines have penetrated the consciousness of bikers and non-riders alike as deeply as the Monkey. Perhaps the most famous Honda of all.

Like Hoover, or Jet Ski, the term ‘Monkey-bike’ has become a catch-all term for small, fun two-wheelers, but really refers to a specific one; the Honda Monkey. The Z50 that defined the Monkey concept remained in mass-production for 50 years, from 1967 to 2017. And the ‘Monkey’ name stems back even further to the 1961 Z100, created as a special kids’ bike for use at the then-new, Honda-owned Suzuka race circuit.

Last year, though, Japan adopted a new emissions standard. Effectively on a par with Euro4, it meant the end for some bikes that couldn’t make the grade. The Z50 Monkey was one of them. The bike’s death neatly coincided with its 50th anniversary. 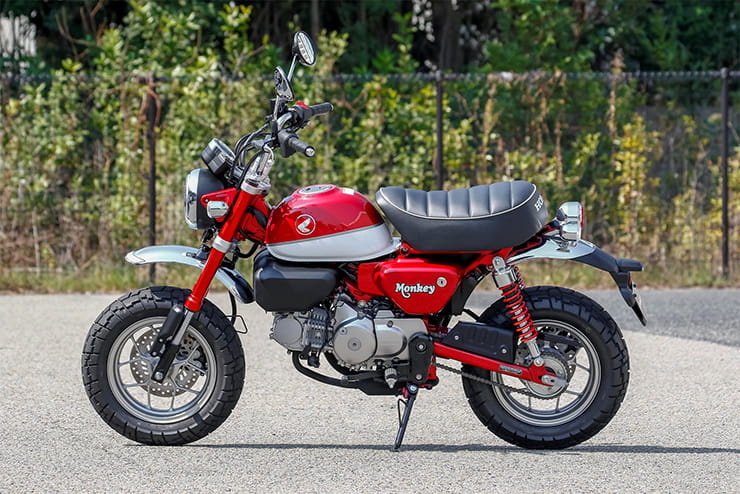 But Honda wasn’t about to let such a legend just die. For 2018 there’s a new Monkey. Bigger. Better. More useable. It’s taken half a century, but the Monkey is finally growing from a paddock runabout into a real, usable bike.

Two years ago Honda first dropped a hint that there was a new Monkey coming with its first Monkey 125 Concept. Shown at the 2016 Bangkok Motor Show, it flew under the radar for most mainstream bike magazines, but as it turns out it was very close to the new, 2018 Honda Monkey 125 production bike.

A second version of the Monkey 125 Concept was revealed last year at the Tokyo Motor Show, and to be honest you’d be hard-pushed to tell the difference between that second ‘concept’ version and the bike that will be in showrooms imminently. 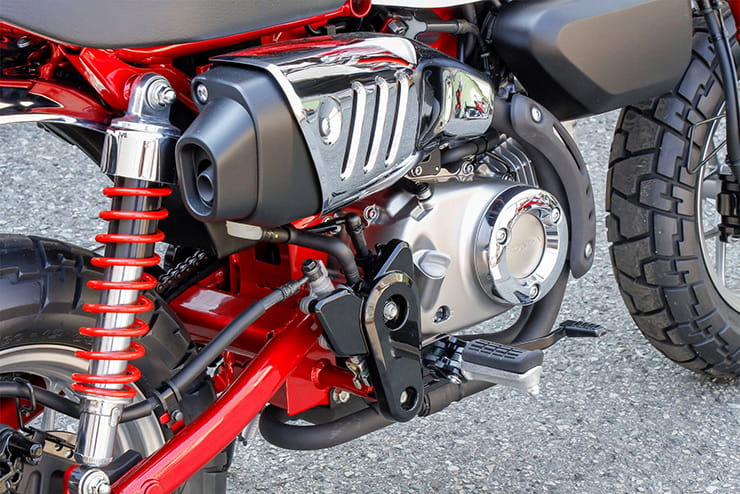 The name – Monkey 125 – tells most of the story about what’s new. It’s engine has 2½ times the capacity of the original Z50. It’s straight from the Euro4-compliant MSX125, and chucks out a whopping 6.9kW at 7000rpm. That’s 9.25hp (you know a bike hasn’t got much power when that extra quarter of a horse is worth mentioning).

It’s a fraction less than the same engine makes in the MSX125 (7.2kW), and the Monkey is a couple of kilos heavier at 107kg, but if you get your buzz from recounting performance figures, the Monkey probably isn’t aimed at you.

What power there is goes through a four-speed box with a conventional clutch.

The similarity to the MSX125 – or Grom, as it’s known in other markets – isn’t limited to the engine. The 12-inch wheels are the same too. So are the forks and the ABS-equipped disc brakes. There’s even an IMU in that ABS system, albeit not a bells-and-whistles cornering ABS setup, just an anti-stoppie device. It’s needed because of the short, 1155mm wheelbase. That’s still significantly more than the old Z50, but along with the relatively high centre of gravity, the chances of lifting the rear on the brakes are rather higher than on the average full-size bike. 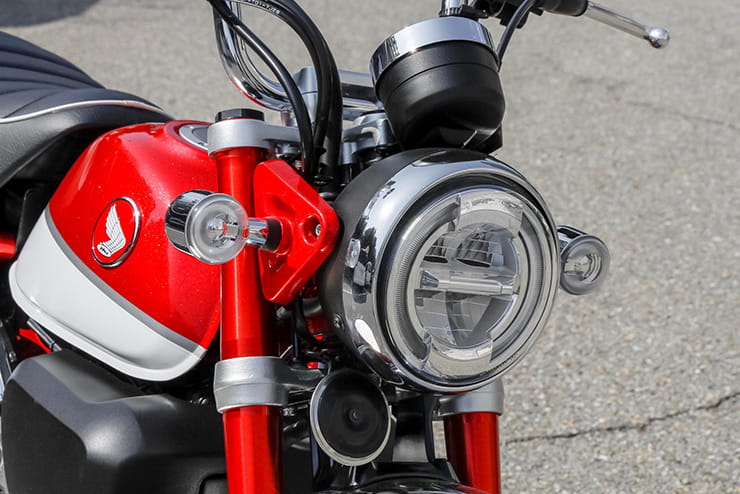 The Monkey might be far bigger than its predecessor, but Honda has done a fantastic job of keeping the proportions right. It’s still got the toy-like look of the original, even if it’s now too big to actually lift up carry around.

Those lamenting the fact that it can’t be packed into a carry bag and chucked into a car boot will be massively outnumbered by normal-sized riders celebrating that here’s a Monkey they can use without folding themselves into yogic poses first.

The MSX125 has been a huge success for Honda, and it’s hard to imagine that the firm won’t do better still by combining that bike’s attributes with some legendary styling. Retro is still hot at the moment, and the Monkey manages to pull the look off perfectly. 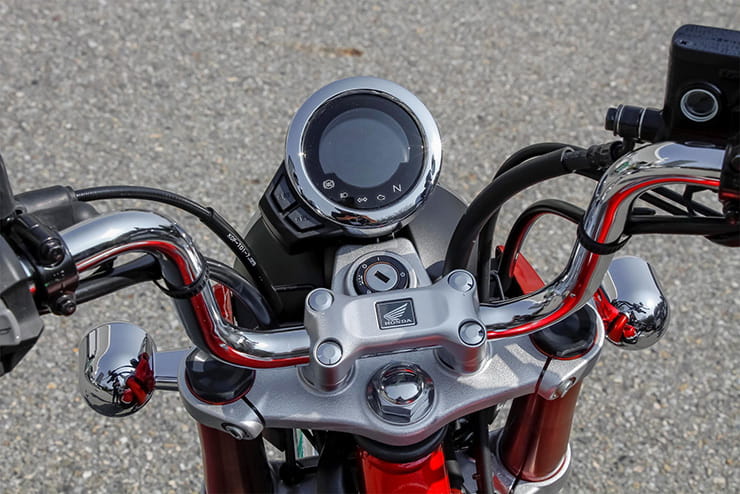 But it does it without condemning buyers to a retro riding experience. While the Monkey 125 doesn’t offer the multiple riding modes and endless rider aids of modern superbikes, it’s got full LED lighting front and rear, and a digital instrument display that will offer rather more than the simple speedo of the original Z50. This is retro done right, rather like Triumph’s latest Bonneville range.

The final, big questions are “when can I get one?” and “what will it cost?”

For the former, Honda’s answer is that “the Monkey will be coming into the EU, including UK, around early summer.” For the latter, there’s still no answer. Surely it can’t be a lot more than the MSX125 with which it shares so many components?

If Honda gets that price right, you can expect to see a lot of people Monkeying about on British roads later this year…