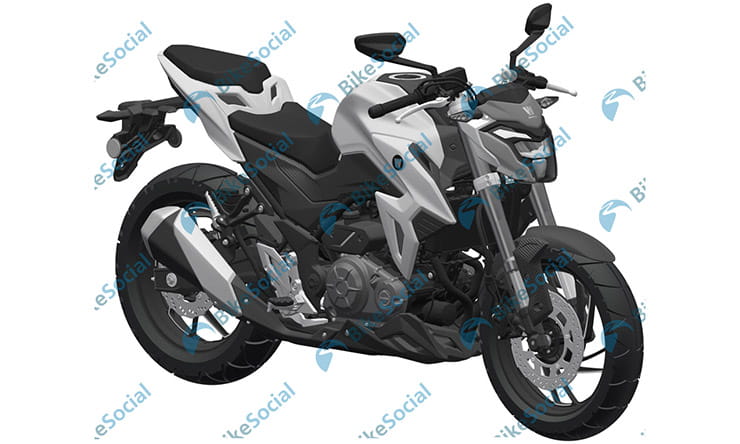 We hear that Suzuki is planning to launch a new GSX-S300 model later this year – and this could be the first glimpse of it.

You’re looking at design patent images from Chinese firm Haojue, which is Suzuki’s partner in the country. Some Suzukis that you’ll find in dealers here in the UK – including the GW250 and the new GSX-250R – are actually produced in Haojue’s Changzhou plant.

This bike will be launched as a 2019 model as the Haojue HJ300-A in China, but chances are that the European market GSX-S300 will share most, or even all, of its DNA. 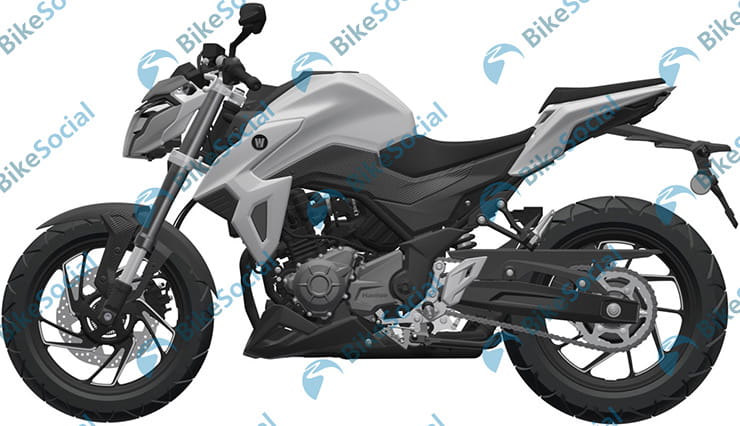 We don’t have technical specifications for the bike yet but there’s plenty that can be seen in these detailed patent images.

Firstly, it’s clear that the engine is related to the parallel twin that’s used in the GW250, DL250 V-Strom and the GSX-250R. But it’s not identical. The bottom end has been redesigned, with the clutch cover seemingly reshaped, perhaps to accommodate a revised balancer shaft at the front of the engine.

Of course, the capacity has increased, too. We know that the new bike is classed as a ‘300’ – the precise capacity it probably 299cc, or thereabouts.

The cylinders and head appear similar to the existing GW250/GSX-250R engine, which would mean it’s got a single overhead camshaft and just two valves per cylinder. Given that the upcoming 300cc Suzuki is to be called the GSX-S300, it should really have four valves per cylinder – that’s traditionally what the ‘X’ means in Suzuki nomenclature – but Suzuki has already broken that rule with the GSX-250R. 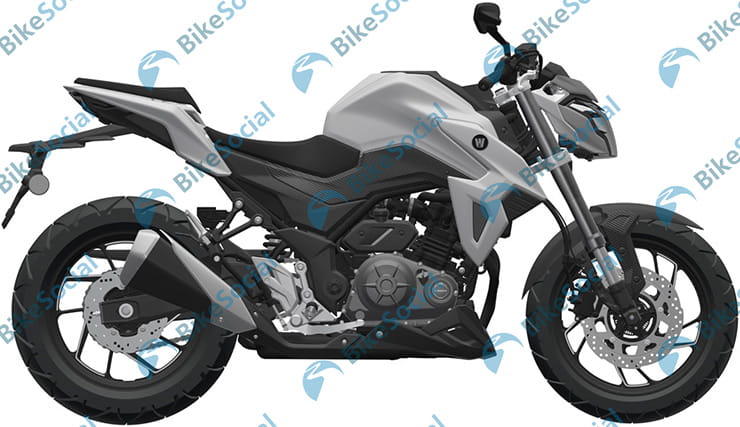 The bike clearly has a higher-spec chassis than any of the machines to use the 250cc version of the engine. The steel box-section swingarm is swapped for an aluminium design, and there are upside-down forks instead of the usual right-way-up versions.

The frame itself is also new, and rather sportier in its design than that of the GW250 and GSX-250R.

That the bike will be offered as a Suzuki as well as a Haojue is supported by the styling cues; there’s a close link to machines like the Suzuki GSX-S750 in the bodywork shape, and the exhaust end can comes straight from the normal Suzuki playbook, with its triangular profile and alloy end cap and heatshield.

Up front we can see that the brakes are ABS-equipped, and there’s clearly plenty of emissions-reducing gubbins hidden in the bellypan, so all indications are that it’s going to be a Euro4-legal machine. That would be odd if the bike was to be sold purely in the Chinese market. 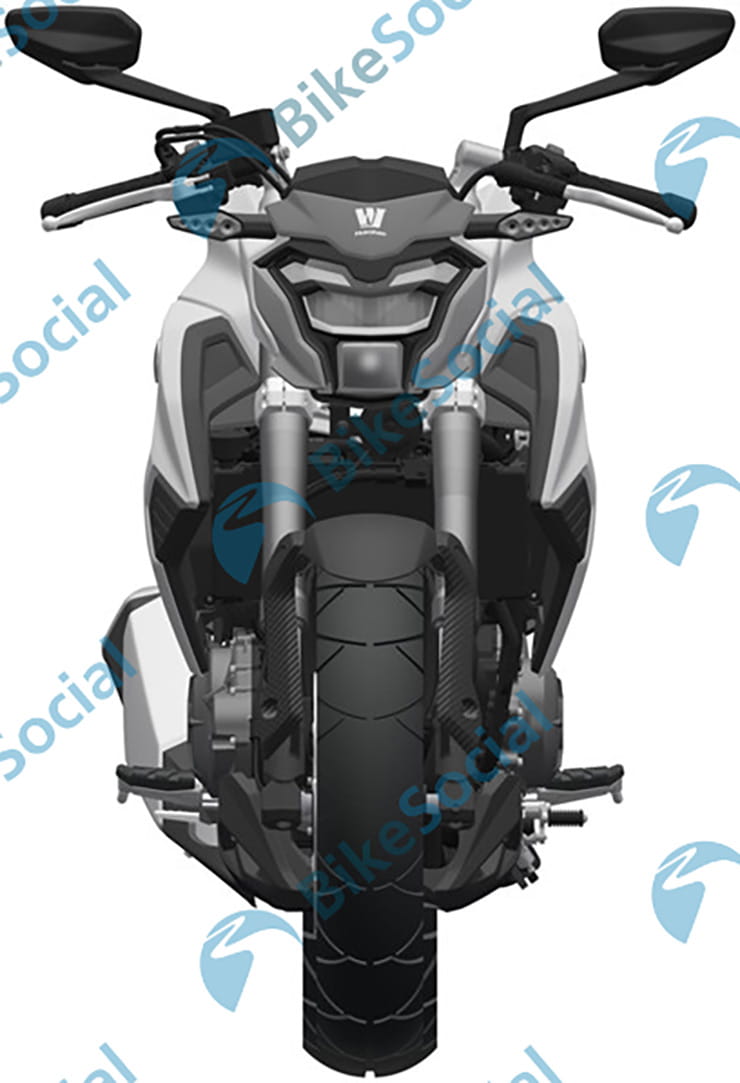 Those instruments also look rather higher-spec than anything used on Suzuki’s 250cc twins – while the pictures are monochrome, they give the impression of being a colour LCD. Perhaps it’s the black background.

Further indication that this is closely related to the upcoming Suzuki GSX-S300 comes from the fact that the brake master cylinder appears to be identical to that of the GSX-S750.

We understand that next year Haojue will build its own licence-made version of the larger GSX-S750, which will become the most powerful bike built in China when production starts there. It will be launched alongside the HJ300-A that you see in these images, a fact that adds further support to the idea that the Suzuki-branded GSX-S300 will be a clone of the HJ300-A.

With a 2019 model range that’s expected to also include a completely revamped Hayabusa, as well as the long-awaited turbocharged 700cc twin and a reworked GSX-R750 (and possibly even a GSX-R600), Suzuki has got a lot on its plate for next year.

With virtually no new models launched for 2018, the firm is playing catch-up compared to its rivals. That’s a situation that it will be hoping to remedy over the coming months as 2019’s models get revealed.