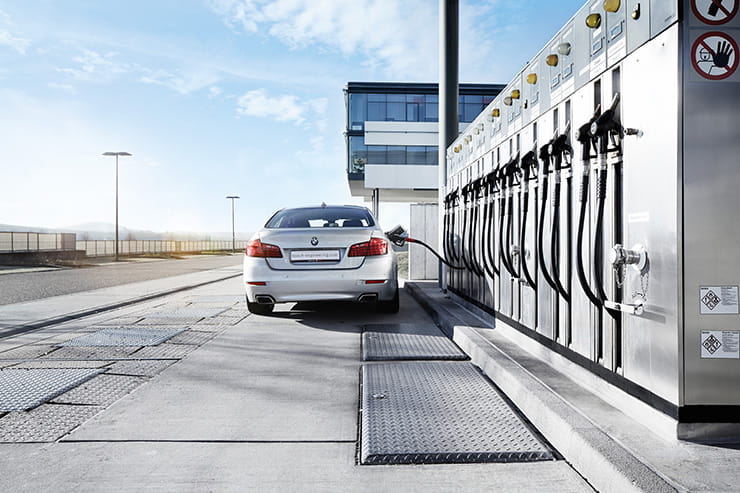 Over the last week or so you might have read about ‘synthetic fuels’ that could be created from carbon dioxide and used to make existing petrol and diesel engines carbon neutral.

On the face of it, the idea isn’t insane. After all, the oil-derived fuels we’re all used to pouring into our tanks are simply hydrocarbons; a combination of hydrogen and carbon. And yes, they can be recreated – provided you’ve got access to those raw materials. But, while the idea sounds beautifully simple, it’s actually fraught with difficulties.

The idea of synthetic fuel has been around for years. It’s been created (albeit not in a carbon-neutral manner) since the early 20th century, and carbon-neutral versions – where the carbon is extracted from carbon-dioxide, usually recovered from the exhaust gases of coal-fired power stations – have been researched for decades.

So why is it in the news now?

The recent spate of news stories around the idea are derived from a press release from engineering giants Bosch, which many reports seem to have misinterpreted as an indication that Bosch has developed a new synthetic fuel or a new process to create it. In reality, Bosch has simply made a study into the potential to reduce overall CO2 emissions if such fuel was used.

Its study reveals that if, by 2050, the European car fleet ran on carbon-neutral synthetic fuel ‘as a scheduled supplement to electrification’ then it would save as much as 2,800,000,000 tonnes of carbon-dioxide that would otherwise be released into the atmosphere. Dr. Volkmar Denner, chairman of the board of management of Robert Bosch, said: “Synthetic fuels can make gasoline- and diesel-powered cars carbon-neutral, and thus make a significant contribution to limiting global warming.”

Nice idea, but it is feasible?

That proposed date – 2050 – might ring a couple of alarm bells, not least because the UK and France have both already said they plan to ban sales of petrol and diesel cars a decade before that, in 2040.

Bosch knows this, of course, and the report that the synthetic fuels claims are based on makes it clear that by 2050 the firm expects the 250-million-strong European car fleet to have a much heavier electric bias than it does today. It estimates that 60% will be ‘high-efficiency hybrids’, of which 55 million cars will be fully electric and a further 36 million will be plug-in hybrids, capable of running in purely electric form but backed up by a combustion engine to extend their range. As such, it expects the European car fleet in 2015 to emit 70% less CO2 than it does today. By replacing fossil fuels with carbon-neutral synthetic fuel, the remaining 30% could be effectively neutralised, making the carbon emissions of cars effectively zero by 2050.

However, real key here isn’t the car market at all. As pointed out, even without using synthetic fuel, it’s projected to see a massive reduction in CO2 over the next 30 or so years.

The bigger driving force behind the development of synthetic fuels is likely to be commercial shipping and aircraft. While battery-powered cars and bikes are already a reality, electric airliners and cargo ships are still decades from being viable and will need huge leaps in technology to become possible at all. With both ships and aircraft having much longer lives than cars, it’s quite possible that the ones being built right now will still be in use by 2050, making the development of synthetic fuels for them far more pressing than for cars, trucks and motorcycles.

Bosch’s point is that if the fuel is developed further, and made economically viable, then it could be used for road traffic almost as a side-effect.

In terms of actually making synthetic fuels in industrial quantities, Bosch’s report shows that there are pilot plants on-line already and that industrialized versions should be feasible within a decade. 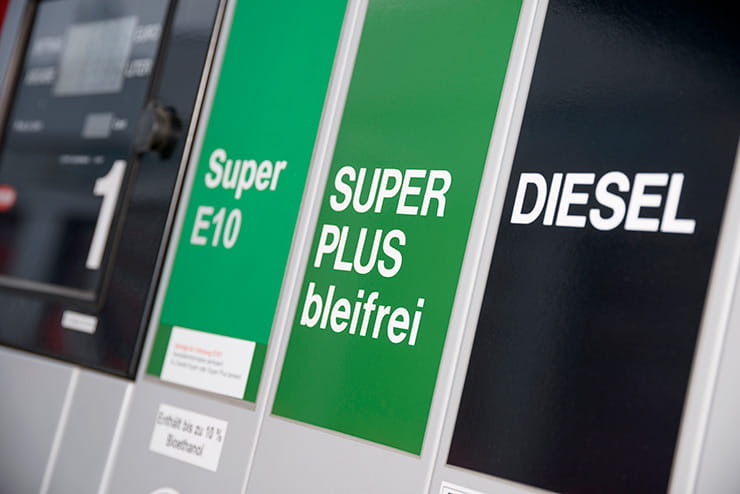 While the technology exists to make carbon-neutral synthetic fuel, it’s not easy. Getting the hydrogen requires electrolysis to extract it from water – a process that takes plenty of electricity to achieve. Provided that by 2050 there’s a huge increase in renewable electricity generation; solar, wind, hydroelectric, tidal or wave-generated, for instance, then that might not be a problem, but it does depend on those processes being adopted on a massive scale to ensure that the electricity needed for the electrolysis is created in a carbon-neutral way.

Getting the carbon itself is also not easy, but it can be scavenged from carbon-dioxide that’s a side product of industrial processes, or even filtered out of the air.

At the moment, these issues mean that synthetic fuel is incredibly expensive to produce, but Bosch foresees that prices could be reduced to as little as €1 to €1.30 per litre (92p to £1.19), before taxes are added, eventually. That’s still around three times the cost of petrol, which is around 35p per litre (€0.38) before the government takes its pound of flesh. However, presuming that most vehicles will be electric or efficient hybrid by the time it comes into use, it’s a price that may well be acceptable – particularly since, as an environmentally-friendly, carbon-neutral fuel, there will be less excuse for punitive taxation.

But on the plus side…

Although many of the problems with electric vehicles – notably the poor power density of batteries and their slow recharging rates – are improving, they still can’t hold a candle to petrol in many ways.

The way liquid fuels can be easily transported, stored and replenished is hard to beat, and the existing network of fuel stations and distribution would work perfectly well with synthetics. And the sheer amount of power that a small, lightweight tank of fuel contains is way beyond anything that a battery can currently dream of.

Those benefits, along with the fact that synthetic fuels are completely compatible with existing engine technology (less of a problem in oft-updated cars and bikes, more so in long-living vehicles like airliners and ships), could help give the technology a boost.

From the point of view of a motorcyclist with a passion for petrol engines, anything that means they live on even after battery-powered vehicles become the dominant species has got to be a bonus. If synthetic fuel can, as appears to be the case, give the ability to use ‘classic’ petrol engines without creating CO2 pollution (synthetics promise to burn more cleanly in terms of other emissions as well), then we should be able to pursue our passion, guilt-free, for decades to come.