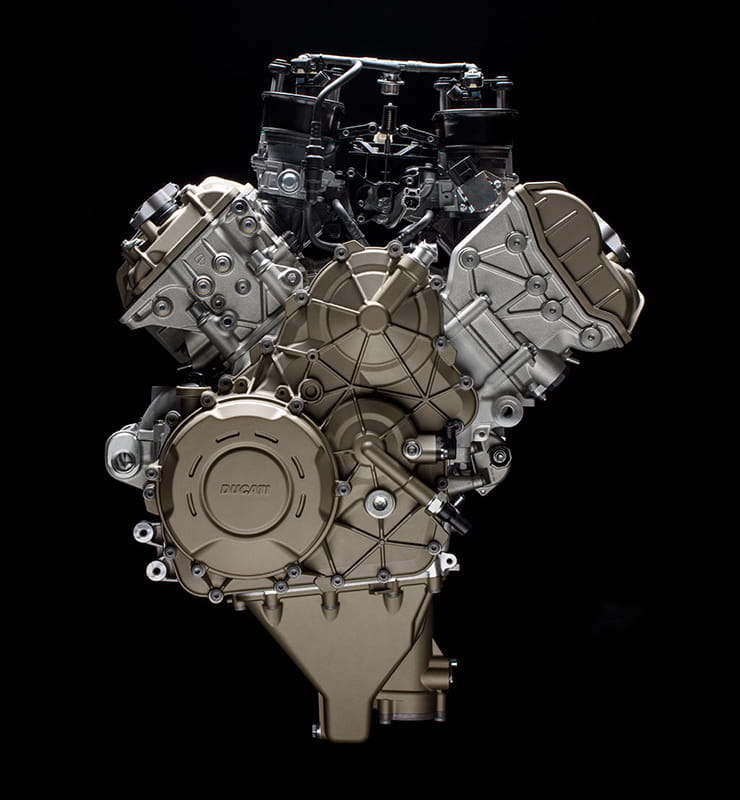 The headline figures are a clue to how significant Ducati’s announcement today is. The Italian manufacturer’s new V4 engine has finally broken cover and Ducati CEO, Claudio Domenicali, said during his presentation that the new 1,103 cm³ 4-cylinder 90-degree V engine will “make more than 210hp”. Referring to the spec sheet and that will be peak power at 13,000rpm. Now imagine the noise.

Being a V4 and having a slightly larger displacement that the MotoGP, the Euro 4 compliant motor will also offer low down punch and a broad mid-range a maximum torque exceeds 120 Nm (88.5 lbs-ft) from 8,750 to 12,250 rpm.

The first chance we’ll see the engine in a bike, officially, will be on the 5th November as the Panigale V4 superbike will have its covers taken off. And while the ‘Desmosedici Stradale’, to give the engine its official title, will take up residence in Ducati’s new-for-2018 superbike, it won’t be seen or even heard on the World Superbike grid until 2019.

The starting point for the Desmosedici Stradale design was the heart of the V4 MotoGP engine - its cylinder heads. With the same dimensions and geometry as the Desmosedici GP, the new road-going V4 offers the same dynamics. It also has the same engine configuration: 90° V4, rotated rearward by 42°, and just like the Ducati engines used in MotoGP, it optimises weight distribution, allows for larger radiators and brings the swingarm pivot as far forward as possible.

Therefore, the engine has been designed as a structural chassis element. The main frame attachment points have been incorporated in the front of the upper crankcase half and in the rear cylinder bank head. What's more, the crankcase acts as a rear suspension and swingarm attachment point.

Weighing in at 64.9 kg, the Desmosedici Stradale is just 2.2 kg heavier than the 1,285 cm³ Superquadro twin. A counter-rotating crankshaft reduces gyroscopic effect from the wheels and will make the bike faster and more agile in the corners. It also reduces wheelie effect and rear wheel lift when braking.

As in MotoGP, the engine was designed with an 81mm cylinder bore. This measurement reflects the maximum limit allowed by MotoGP rules; it's also the highest in the 4-cylinder super bike segment. Using the same bore as the Desmosedici GP engine means both power units share nearly identical in engine fluid dynamics (i.e. on valves, intake ducts and throttle bodies, right where the power is produced). 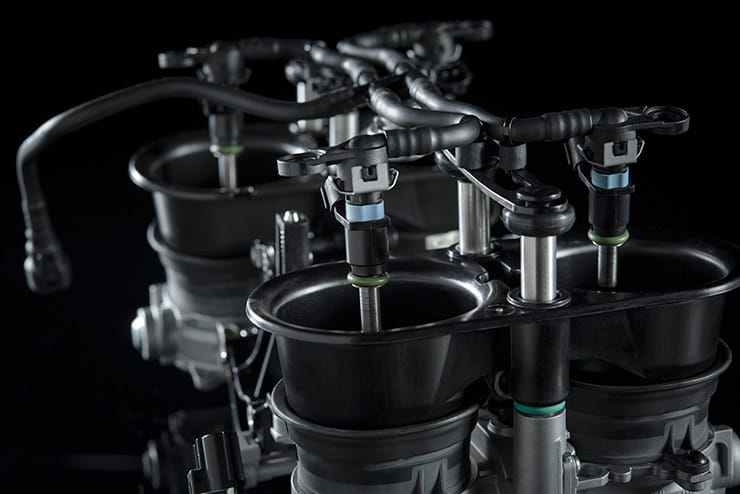 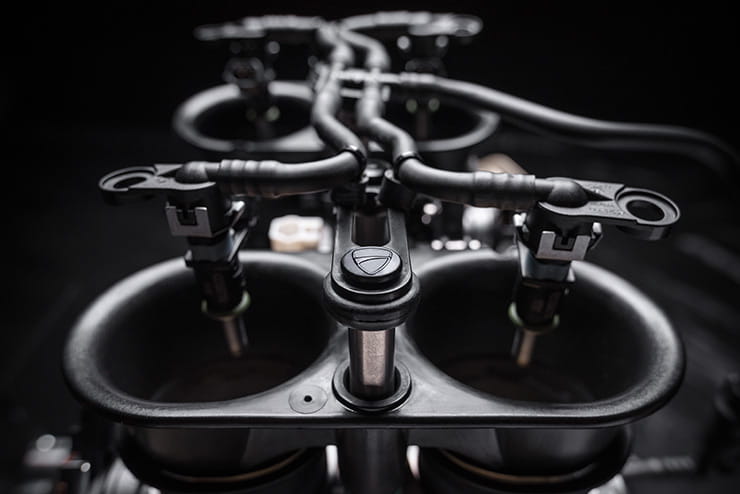 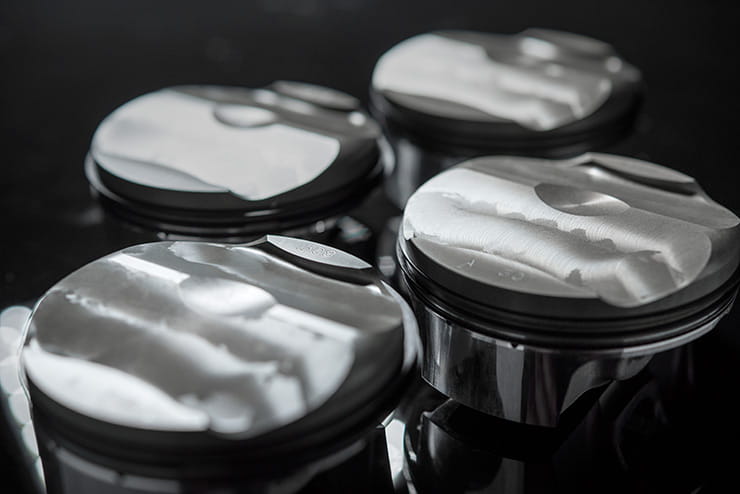 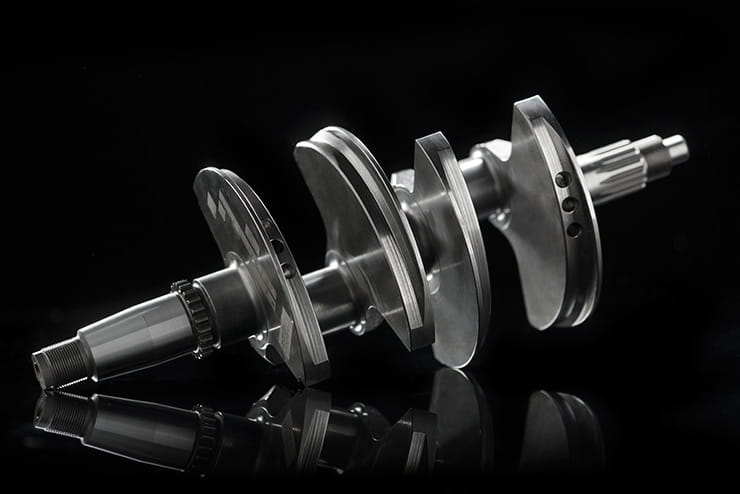 Throttle bodies have variable-height air intake horns that optimise cylinder intake across the rev range giving significant advantages in terms of power delivery and handling. Completing the fuelling system are the oval throttle bodies, each equipped with two injectors: one above the butterfly and one below it.

The new Panigale V4 Superbike will be revealed to the world on Sunday 5th November at 21:00 CET. BikeSocial will be reporting live from the Milan-based press conference.