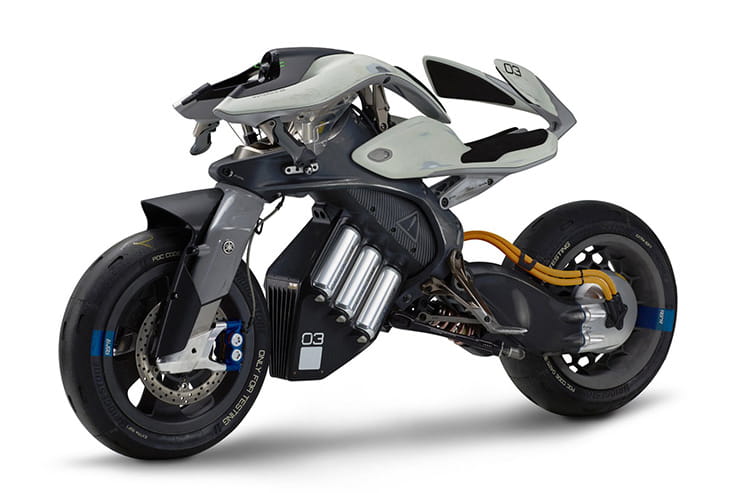 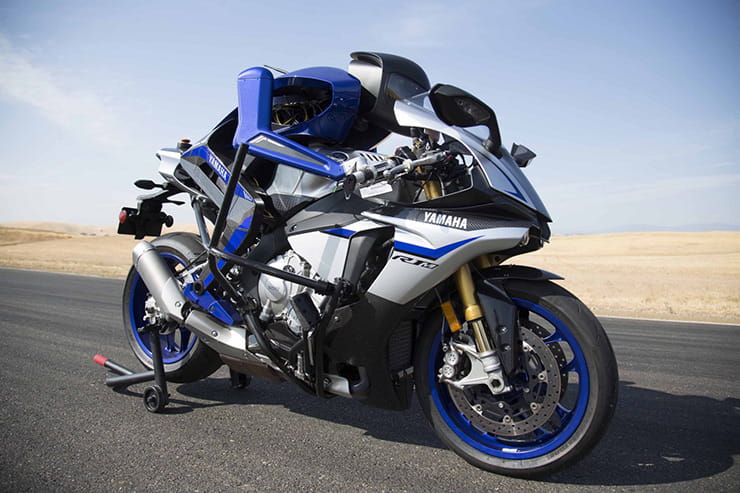 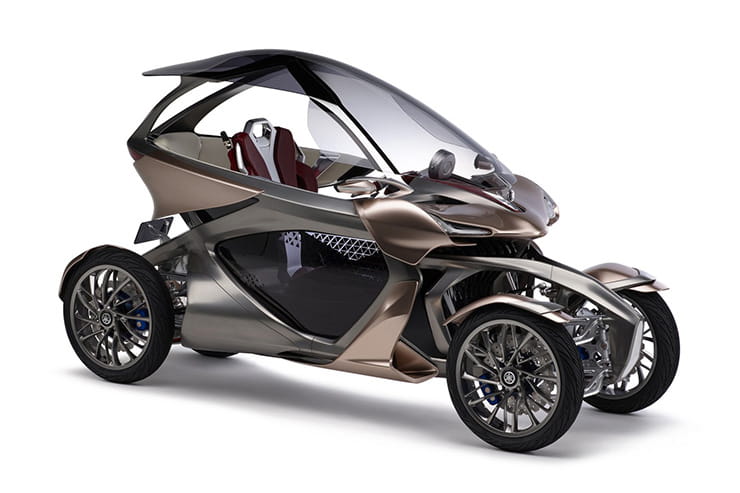 Yamaha has revealed the first of its Tokyo Motor Show concept bikes and they show the firm has its eye on the distant future rather than the next couple of years.

First we have the MOTOROiD, which is a strange mash-up of motorcycle and ideas of artificial intelligence.

We’ll let Yamaha’s own description take over at this point. The firm explains: ‘This experimental machine employs artificial intelligence and explores the feasibility of concepts for creating new forms of personal mobility in which the rider resonates harmoniously with machine. MOTOROiD’s development concept was an “Unleashed Prototype,” and it is capable of recognising its owner and interacting in other capacities like a living creature. By undertaking these kinds of development challenges, Yamaha is aiming to acquire technology for creating new value for our customers.’

Are there customers crying out for bikes that interact with them like living creatures? Maybe so, but we haven’t met any of them.

In tech terms, the MOTOROiD is clearly an electric bike. It’s got a hub-mounted motor at the back and some intriguing-looking, blade-like forks that are reminiscent of the ones of the Motoczysz C1. These presumably have the same benefit of allowing a level of lateral flex while being longitudinally rigid.

It also looks like that bodywork, which appears to have been finished in part-sanded primer, could move, altering the bike’s riding position like the Yamaha Morpho concept from 1989. 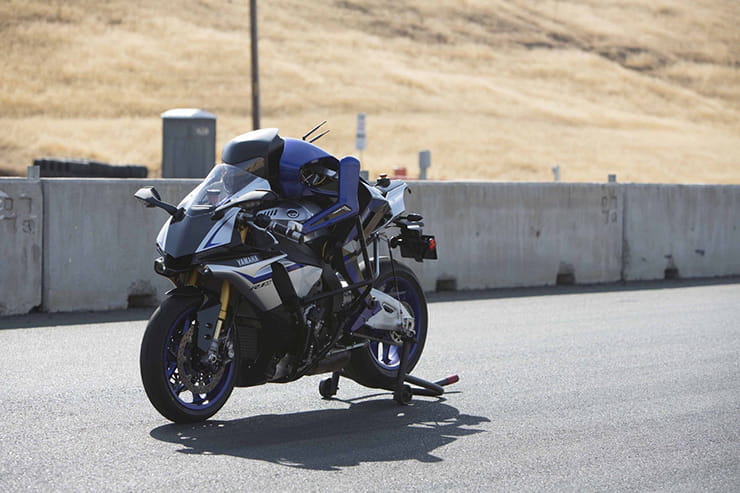 A couple of years ago Yamaha showed its MOTOBOT bike-riding robot – a humanoid machine capable of riding an unmodified motorcycle. This is MOTOBOT Version 2.

Back in 2015, Yamaha said that within two years it aimed to hit more than 200km/h, lapping a race track at high speed. Now it says that it’s achieved that goal and is moving on to its next target, which is to set lap times that will rival those of Valentino Rossi. A lofty aim indeed.

For normal riders, the implications are trickle-down technology in the form of ever-better traction and stability control systems as Yamaha engineers get a clearer idea of the nuances that go into actually riding a bike at high speed. 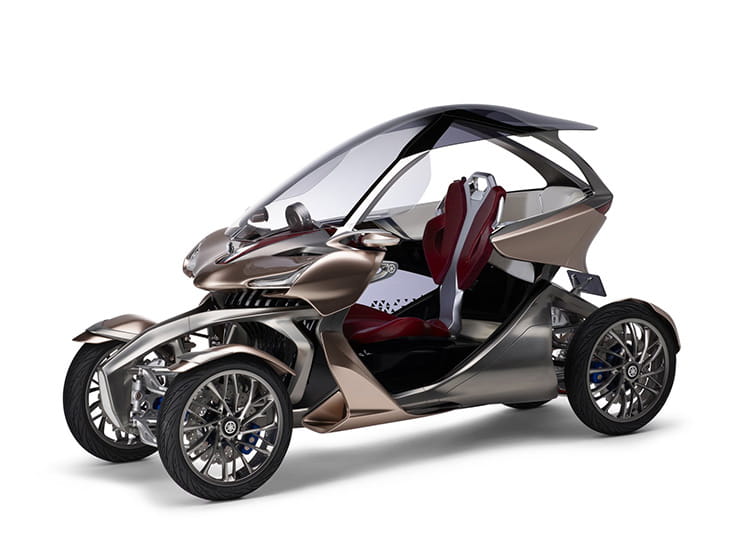 Yamaha’s MWC-4 concept is claimed to ‘give a ride that feels like nothing else and a level of comfort not found with a conventional motorcycle.’

Cynics might suggest that this level of unfamiliarity and comfort could stem from the fact it’s four wheels, reclined seat and roof mean it fits the definition of a car rather more comfortably that that of a motorcycle.

It’s the latest of Yamaha’s leaning-multi-wheel ideas, which have included several concepts and the Tricity production scooter so far. Unlike its three-wheeled predecessors, it’s got four wheels, but it still leans like a motorcycle.

These are just the first of Yamaha’s Tokyo Motor Show machines. The firm says it’s got six world premieres coming to the event including a concept car, motorcycles, scooters, leaning multi-wheels and bicycles.

The Tokyo Motor Show’s press day is on 25 October, so we’ll be bringing you all the news from the event then.