Yamaha has put its MOTOBOT into a head-to-head challenge against Valentino Rossi to see how the development of its bike riding robot is going. It was trounced.

In a showdown at Thunderhill Raceway Park, California, MOTOBOT managed a lap of 117.5 seconds riding an unmodified R1M. Rossi’s time on the same spec bike? 85.74 seconds. It looks like we don’t have to welcome our robot overlords just yet.

It’s still a remarkable achievement. Yamaha’s latest video shows the head-to-head and that the MOTOBOT has achieved its goal of exceeding 200km/h. It also shows that it’s not been plain sailing, with a clip of the robot rider crashing at speed during testing.

Yamaha’s goal for the MOTOBOT is to learn more about the intricacies of how we ride bikes. The lessons learnt will go into development of ever-better stability and traction control systems to help make future bikes harder to crash. 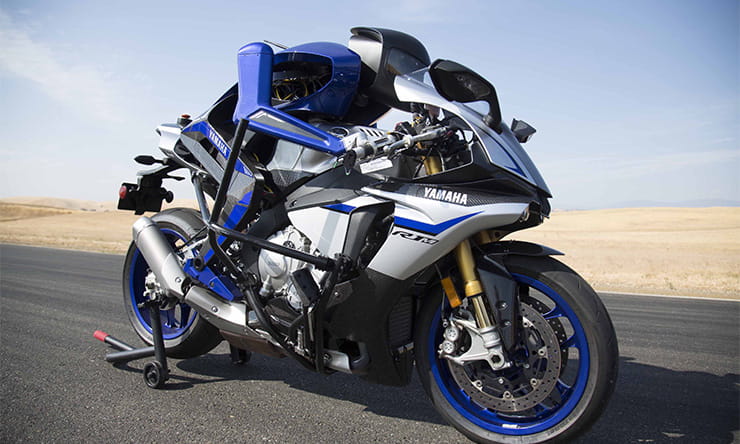