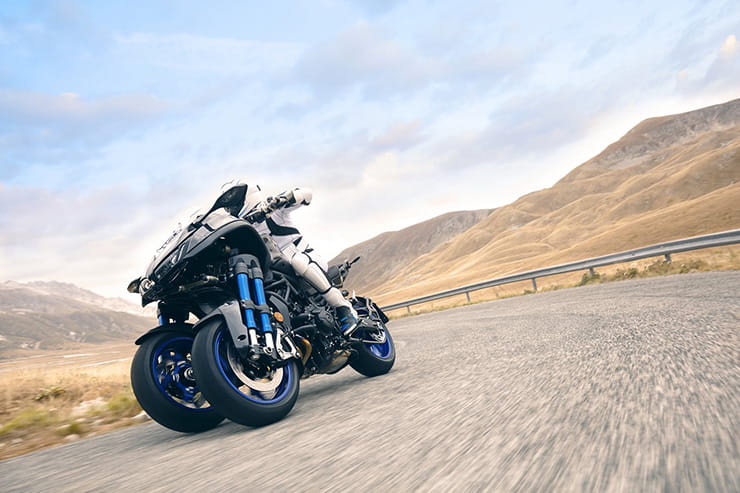 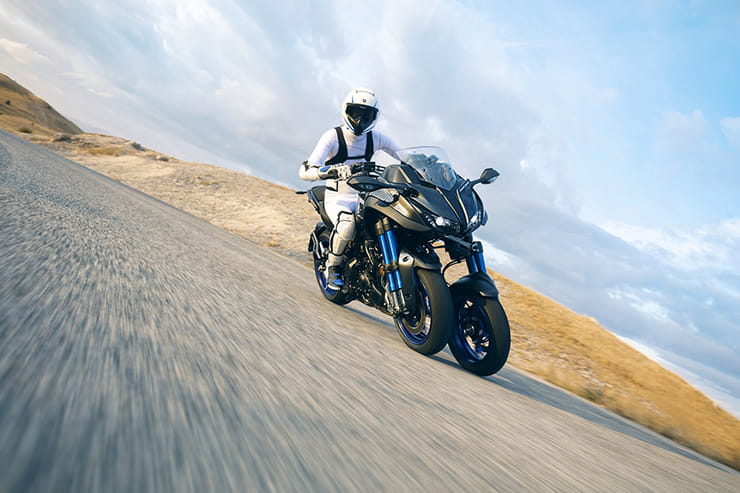 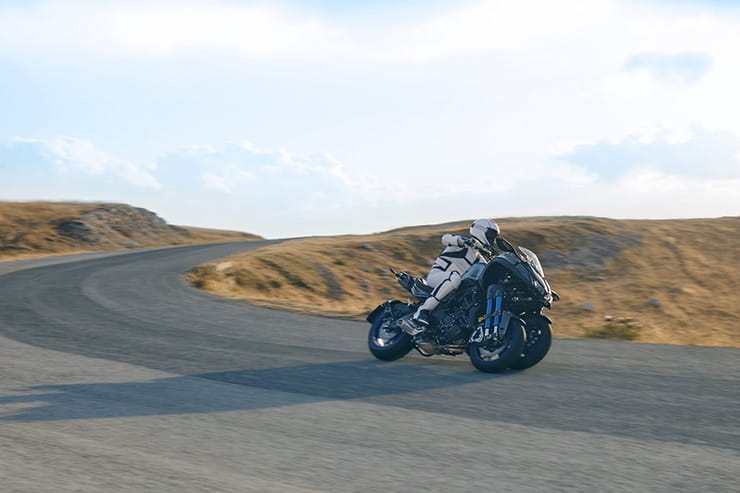 Yamaha has been hinting that’s developing a big-capacity leaning three wheeler for years and finally it’s shown its hand with the production NIKEN.

It’s virtually identical in appearance to the MWT-9 concept bike from 2015, itself a development of the wilder-looking 01GEN concept from 2014. But the big difference is that you’ll be able to walk into a Yamaha dealer and buy a NIKEN next year.

While Yamaha has shown the bike at the Tokyo Motor Show today, it’s not releasing full technical information until its European debut at EICMA in Milan on 6 November. However, it’s based on the 118hp three-cylinder engine from the MT-09 combined with tilting front suspension similar to that on the Tricity scooter.

The result is the first really serious attempt from a major manufacturer to adopt the leaning trike idea that’s been growing in popularity in the scooter market since the Piaggio MP3 adopted the idea more than a decade ago.

The back end is conventional bike, with the usual 17-inch rear wheel and a normal swingarm. But up front there’s a brace of 15-inch wheels, each supported by a pair of forks. A parallelogram-style linkage at the top of the forks allows the whole thing to tilt into corners, giving a bike-like riding experience.

The benefit of the three-wheeled layout is in additional front-end grip and stability. Even if the front starts to slide, it’s relatively unlikely that it will lead to a crash.

Depending on various details, including the distance between those front wheels, it’s also possible that the Yamaha could be classed as a tricycle under European rules. If that’s the case, it will be legal for anyone over 21 with a full car licence to ride it without any additional licensing or training. Piaggio’s wider MP3 LT already uses this loophole, but the idea of a full-sized bike, with much the same riding experience as a normal two-wheeler but none of the hassle of getting a licence, could be very appealing to some.