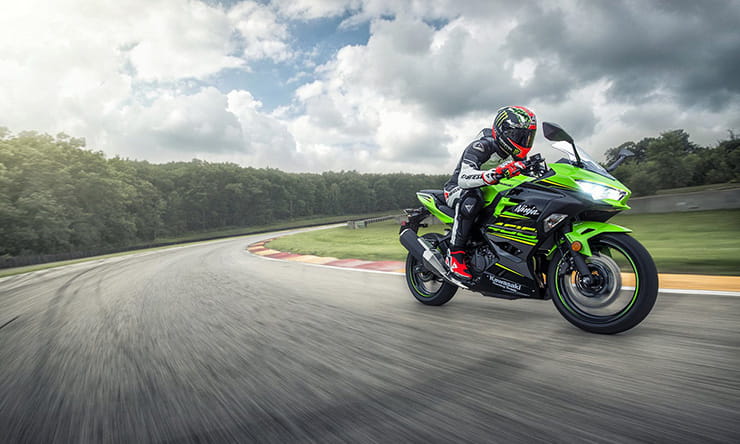 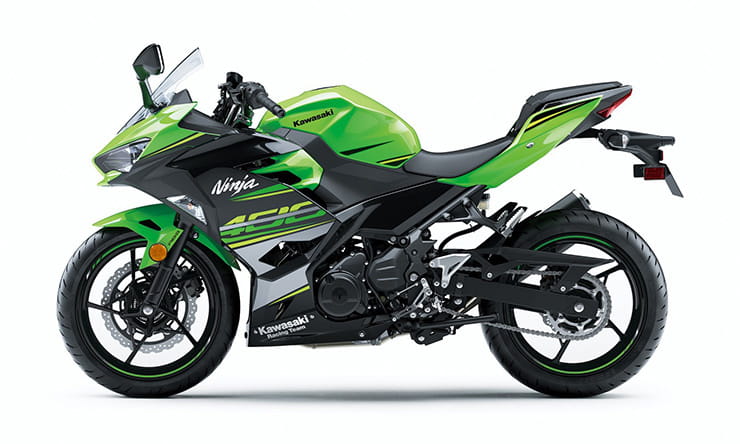 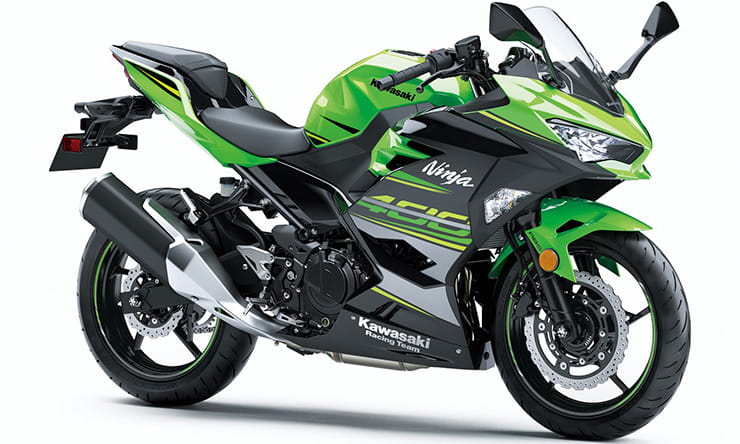 Kawasaki might have just launched the most tempting option yet for sports bike fans stuck on an A2 licence; the 45hp Ninja 400.

Set to replace the Ninja 300, the new bike is developed from its predecessor but gets a massive engine revamp as well as a new chassis and styling.

The engine is still a parallel twin with its roots in the earlier model’s motor, but it’s been developed beyond recognition. The headline change is the 103cc capacity boost to 399cc, achieved with a much bigger bore (up from 62mm to 70mm) and a fractionally increased stroke (51.8mm instead of 49mm).

Kawasaki hasn’t revealed extensive details of the changes, but the visible sections of the engine cases in the pictures look notably different to the earlier Ninja 300. The firm has said it uses a new downdraft intake and a larger airbox to help increase performance.

The bare figures show that power is up from 39PS to 45PS, with the peak coming at 10,000rpm – the same revs as its predecessor. However, the torque tells a more revealing story. The new bike manages 38Nm at 8000rpm, compared to just 27Nm at a higher 10,000rpm for the older model. Those numbers mean the new Ninja 400 will be far punchier.

It drives a six speed transmission through an assist-and-slipper clutch.

The motor is mounted in a completely new trellis frame, similar to the design that helped slash the weight of the Ninja 650 a year ago. The firm claims a kerb mass of only 168kg, down from the 174kg of the older Ninja 300.

Throw in styling that takes its cue from the Ninja H2 and the result is a promising-looking junior sports bike.

While Kawasaki has confirmed that there will be black and green colour options and that the bike will reach dealers in February 2018, prices are still not decided.