Say goodbye to the Triumph Tiger Explorer. It’s a name that’s set to be consigned to the history books during 2018 when the model is rebranded as the Tiger 1200.

At the same time, Triumph will revamp the bike and reorganise its increasingly-complex range of Tiger sub-models. The current line of eight separate Tiger Explorer versions will be shrunk to five or six.

Documents seen by BikeSocial reveal the plan for the bike, which is due to appear as a 2018 model but won’t be ready at the start of the year. Triumph already classes the existing Tiger Explorer as a 2018 model and has homologated it as such in both America and Europe. However, we’ve also seen homologation paperwork for the 2018 Tiger 1200 range that will replace the Explorer by the middle of the year.

Triumph’s plans for the Tiger

While Triumph’s plans for the Tiger 800 aren’t as clear, we understand it will get similar 2018 modifications to those on the Tiger 1200.

We’re expecting the new LED lights to become standard across the range – Triumph has already gone heavily into LED technology with its latest Bonneville line, so it makes sense to carry the idea across. Similarly, the TFT colour instrument pack that debuted on the Street Triple 765 makes a lot of sense to carry across to the Tiger.

In terms of the model range, again we’re expecting it to be rationalised, with the XC version being dropped to leave XR, XRX, XRT, XCX and XCA models. Given that the smaller Tiger is likely appeal to smaller riders more than the big Tiger 1200, the low-seat, wire-wheeled XCX Low-Ride-Height version will continue, alongside the road-oriented XRX Low.

Tech-wise, the bike isn’t expected to change much just yet. Power is unaltered at 95PS/94hp. However, the update coming for 2018 is thought to be something of a stop-gap before a completely revamped Tiger 800 emerges in a couple of years’ time. 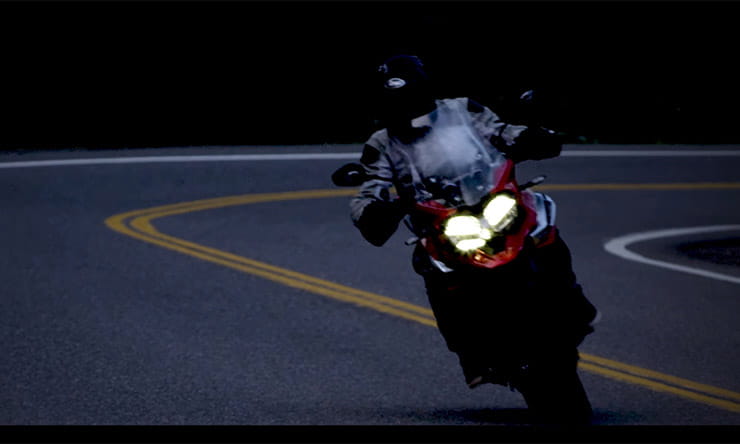