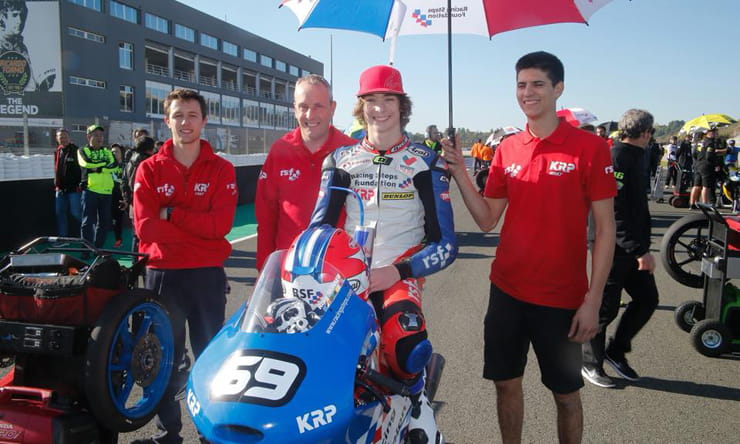 It’s been a busy year for Scottish youngster Rory Skinner who has been competing in the 2017 FIM CEV Repsol Moto3 Junior World Championship and Red Bull MotoGP Rookies Cup this season. Find out more about what he’s been up to in his exclusive Bike Social blog…

“In my last blog in May I was riding high after taking the win in race one at the first round of the Red Bull Rookies Cup in Jerez - that has definitely been my season highlight, in fact I’d say it’s probably one of the best moments of my life. It was a fantastic start to the season and something I’m extremely proud of.

I was pleased with my overall performance as we struggled with set up at the beginning of the season in the Junior World Championship. It was a new bike this year for both me and the team, but we got to grips with the riding style that the bike required and the setup as the season went on.

In September, it was my 16th birthday, so I did my CBT. As soon as I could, I wanted to get my licence. It means that I can go out and about and do different things. I’ve been super busy with racing though so now that the season has finished, I can spend some more time on it. 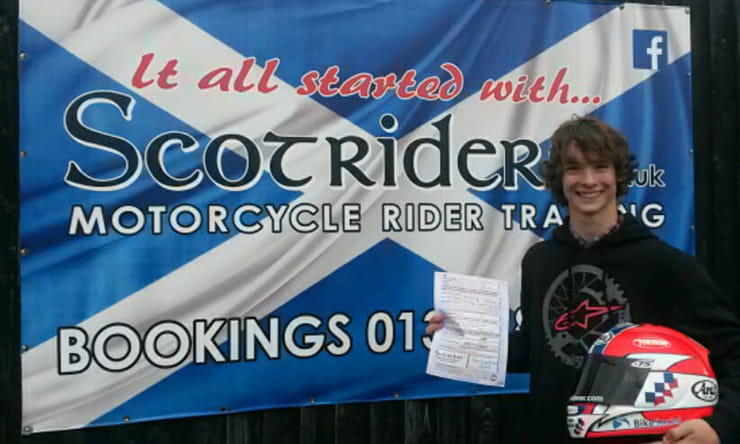 As for next year, I haven’t actually got anything planned in terms racing - not yet anyway! Unfortunately my main sponsor, Racing Steps Foundation, aren’t sponsoring any cars or bikes as of next year. It’s upsetting but I can’t dwell on it and I am so thankful for everything they’ve done for me so far, as there’s no way that I could have done what I’ve done without them. I’m exploring different opportunities and looking at what is next for me over the next few weeks.

I’ll be preparing over the winter as normal. I’ll have a few weeks off now to relax as it’s been a hectic and busy year, but then I’ll get back to training hard so that I’ll be ready for whatever next year offers.

I’m heading to Motorcycle Live at the NEC this weekend - I’ll be there on Friday and Saturday morning so will look forward to seeing some of you there!”