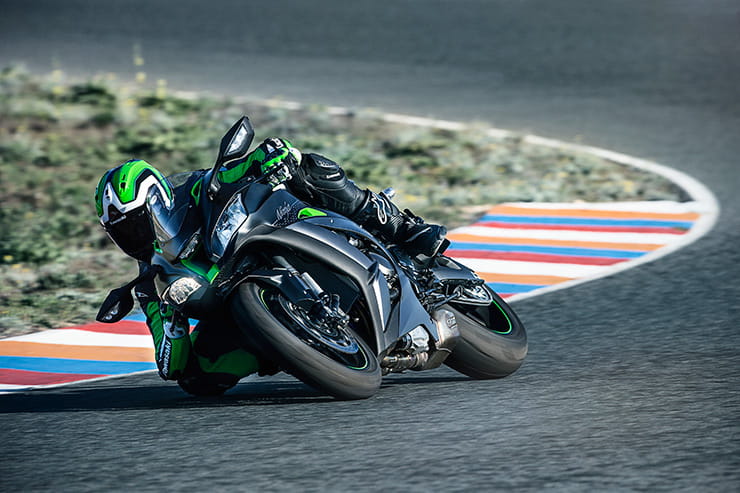 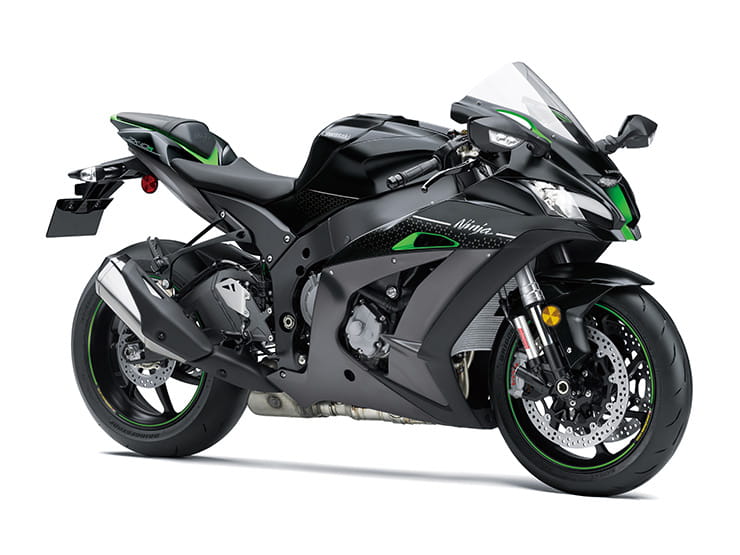 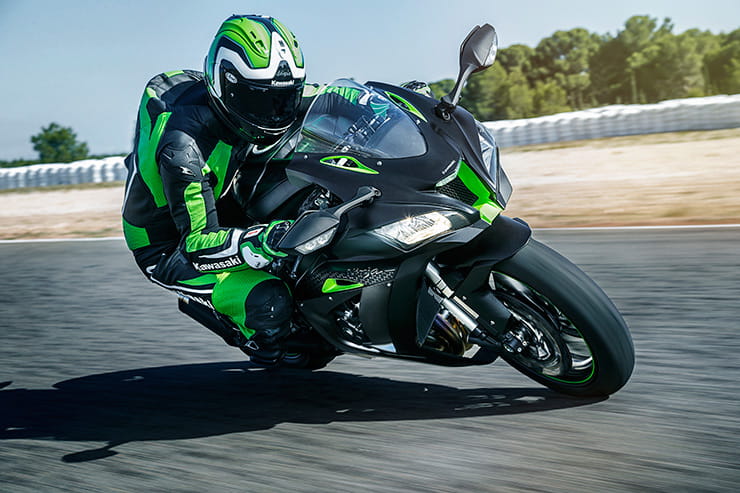 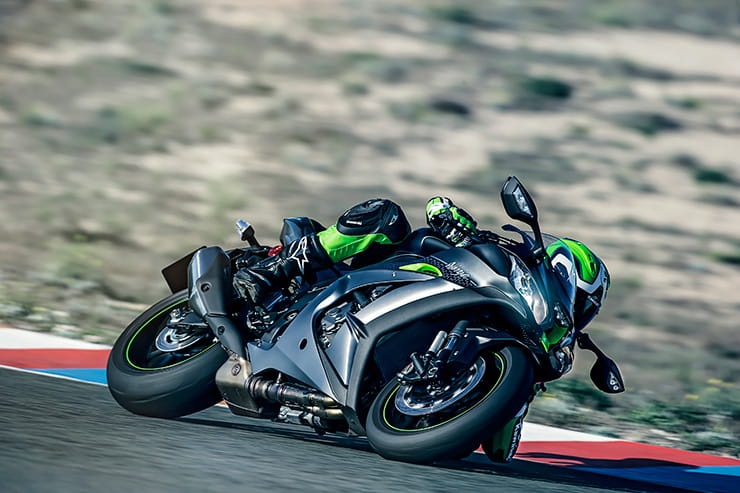 If you want to ride the road-going equivalent of Kawasaki’s multi-championship-winning ZX-10R there’s already a multitude of choices. There’s the basic Ninja ZX-10R, the Akrapovic-equipped ZX-10R Performance, the race-coloured ZX-10R KRT Replica or the ultimate homologation-special version, the Ninja ZX-10RR. And for 2018 there’s yet another option – the new Ninja ZX-10R SE.

And while the RR model is the basis of the WSB race bike, with engine changes to allow more tuning potential, the new SE promises to be the ultimate road-going version of the ZX-10R.

It gets a brand new acronym: KECS. That stands for Kawasaki Electronic Control Suspension and it’s a system jointly developed by the firm and Showa, adding semi-active ride to the ZX-10R for the first time.

Add a classy-looking black and green paint scheme, the same lightweight Marchesini wheels used on the ZX-10RR and that bike’s up-and-down quick-shifter into the mix, and it looks like the ZX-10R SE will be the version to have in 2018. Performance is unchanged, with the same 200PS power claim as the other ZX-10R models. Weight is increased on the SE, but only fractionally; its curb mass is 208kg compared to 206kg for the normal ZX-10R. 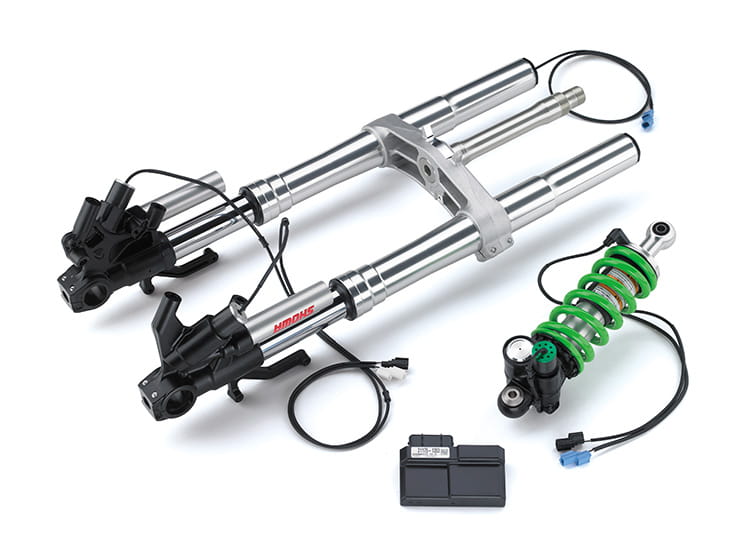 The semi-active suspension is, of course, the headline technology of the ZX-10R SE. It’s the first time we’ve seen Showa’s take on the idea, which has been pioneered by the likes of Ohlins and WP. 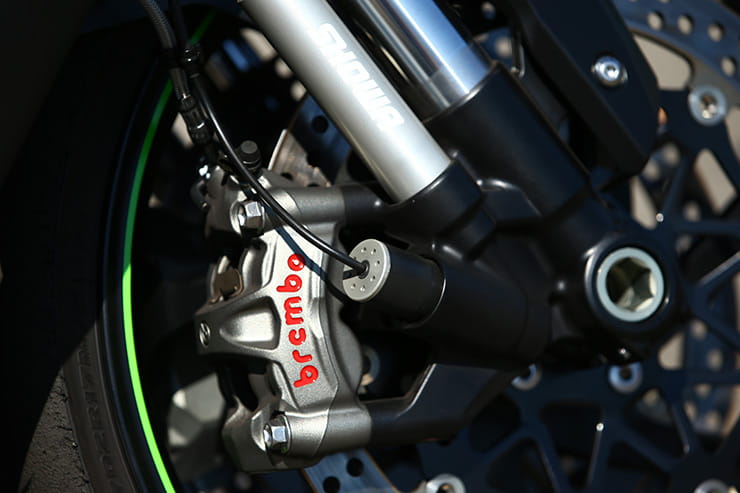 Unlike rivals that use stepper motors to adjust their damping settings on the fly, the Showa system is based on a direct-acting solenoid. The firm claims it’s faster to respond than other arrangements, with a reaction time of just one millisecond.

It takes its information from stroke sensors on both the front and rear, which tell the computer what direction the suspension is moving, and how fast, 1000 times per second. The bike’s inertial measurement unit and fuel injection computer add more information 100 times per second, letting the KECS computer decide how to adjust the damping.

As the rider, the changes should be seamless and undetectable, although you’re also given the choice of three modes – road, track or manual. Road is softer, track is harder and manual allows personalised base settings from 15 steps compression and rebound. 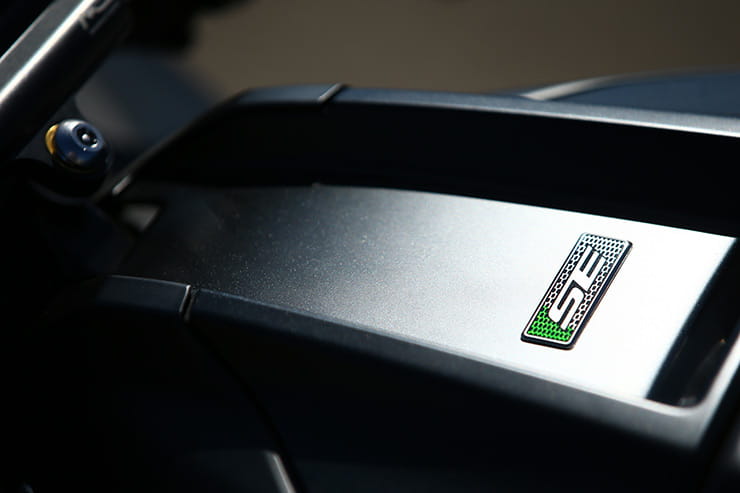 All this kit has been bolted to the high-spec suspension components from the ZX-10RR – Showa’s Balance Free Front Fork and Balance Free Rear Cushion lite – so even before the electronics get involved it’s some impressive kit.

The proof will be in the riding, but as long as Kawasaki has got its computer settings right there’s every reason to think the ZX-10R SE could be a contender to be 2018’s best litre-class superbike.