Q: You have said the boxer engine has a future beyond 2020 in its air-cooled format when Euro5 is introduced, but how much future does the partially liquid-cooled boxer motor have?

A: “We are making big developments in engine control systems as well as our understanding of the combustion process and we have seen that there is no limiting factor in terms of emissions standards in the future. The air-cooled engine certainly has a long life in the future and we feel the partially water-cooled motor also has a lot of life as its power characteristics suit its intended use.” Q: Is it close to its performance boundaries with 125hp and 125Nm and if so, how can it be made to match its more powerful rivals such as the Triumph Tiger 1200 and KTM 1290 Super Adventure?

A: “The GS’s focus has always been on drivability as well as the ability to do off-road riding with minimal effort. And not just motocross-style off-road riding, slow speed work in rough terrain where a high output engine is not helpful. We have never focused on having the highest power output. The partially liquid-cooled boxer engine is only four years old and we always design extra life into it and with all the competition moving ahead in terms of power we have options to do something.”

Q: Is a greater percentage of water-cooling a possibility or potential solution?

A: “It’s not about the cooling, it’s about using the whole motor from the valve train to the transmission system. You can always do something to increase power, but our customers are not asking for more. We could put in 160hp, but what’s the point?”

Q: Is the GS’s Telelever still relevant, is it time for conventional forks instead?

A: “Absolutely. Forks have certainly improved and continue to do so, especially with the advent of electronic assists, but the mechanical performance of the Telelever is still better. The Telelver still stops the dive under braking, which is very important, and that’s a mechanical solution that forks can’t match.” 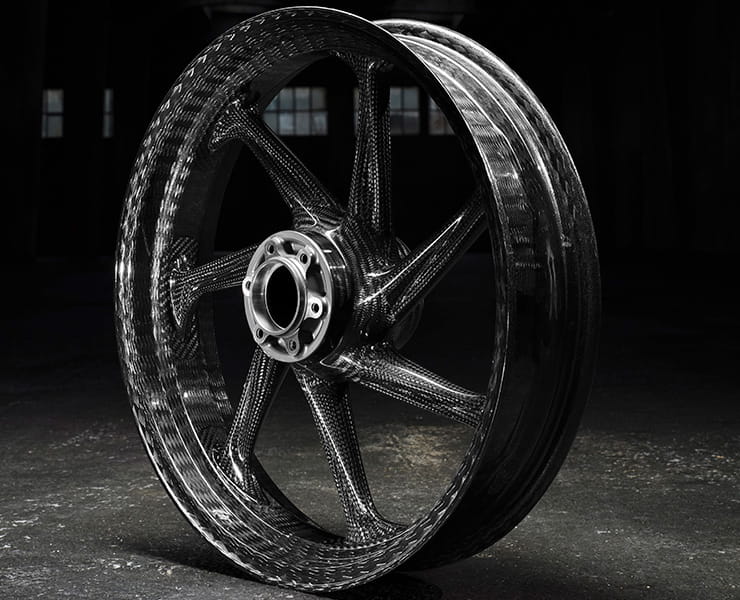 Q: You have released the HP4 Sport with its carbon frame, can this technology translate to mass-produced road bikes or it is only suitable for limited run machines?

A: “Mass production means roughly 200 bikes a day, which can theoretically be done by adding a lot of production lines for carbon parts, but that’s a massive investment and so for high volume bikes we don’t see carbon in the near the future. But you always get a sport edition or a niche product that you can easily go with a carbon solution, but only for a few thousand units a year.”

Q: Can carbon be used for machines other than sporty ones, such as a K1600 or R1200GS for example?

A: “Theoretically yes, but carbon’s limit is more the off-road side as its structure does not like impact loading. Steel or aluminium would bend in this situation where carbon can hide any damage, making it risky to use. Touring customers are not asking for light weight, so carbon does not suit them, it is more for S-series owners. Maybe in the future carbon wheels are an option for sporty bikes as they deliver a significant handling performance improvement.” 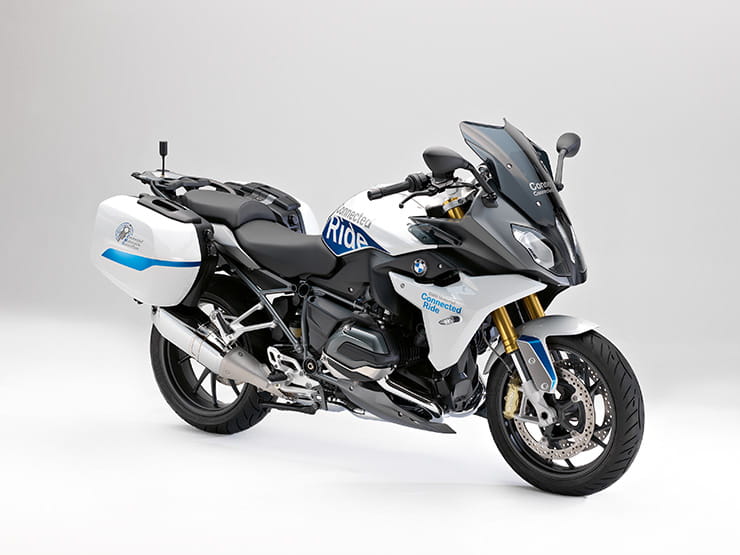 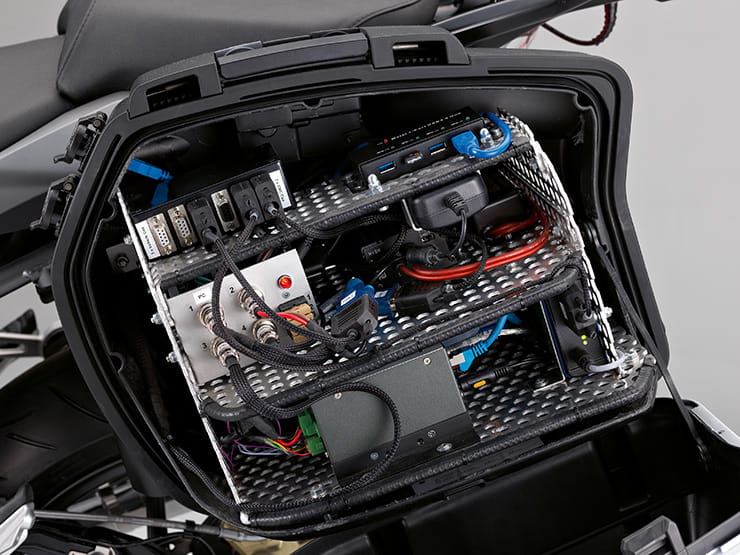 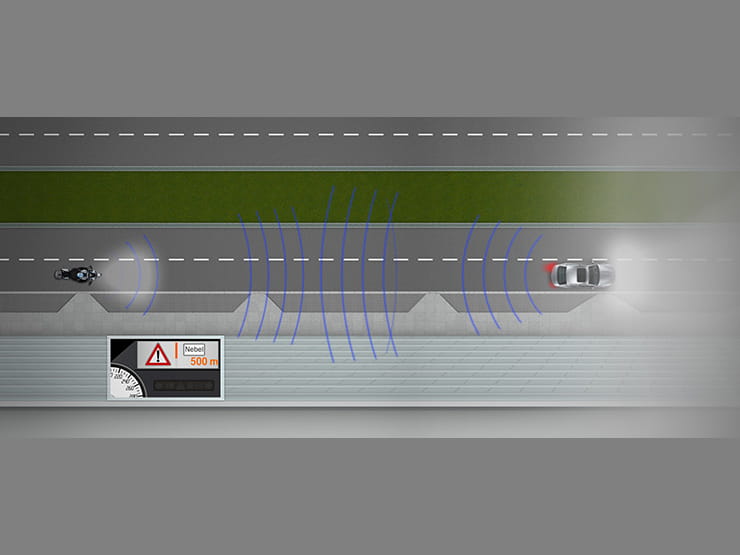 Q: Bikes generally inherit a variation of technology that is tried and tested on cars beforehand (semi-active suspension, ABS, SOS button etc). What technology that is currently in the car world would you like to see graduate onto bikes?

A: “Autonomous driving, but not for the bikes! If cars are doing autonomous driving you need to know exactly what is happening around you and this technology can be linked to motorcycles to creating a kind of electronic safety fence around the bike that could also warn the rider of hazardous road surfaces ahead. This will be the next big technology jump, systems such as semi-active suspension and traction control will only gradually evolve and improve. Interestingly, we are currently talking with crop harvester machine manufacturers as all their vehicles have GPS tracking and connectivity. Using this technology we could alert riders via their dash that around the next corner is a slow moving harvester machine – this is how the future will develop in terms of technology.”

Q: At the moment Kawasaki have a supercharger and Suzuki have displayed a concept turboed bike motor. In BMW’s car side these technologies are common, will they reach bikes?

A: “The question is ‘why are the car guys doing this?’ and the answer is fuel consumption and downsizing engines to reduce weight and create space for components. To add all the equipment required to run a turbo or supercharger only adds weight to a bike, so it is better to work on optimizing the normally aspirated engine instead. Also, getting a precise throttle feeling from a charged engine is very hard. We don’t see the point of going in the direction of super or turbo charging.”

Q: Another year has passed and still the two-wheeled world has generally stayed away from electric vehicles, are they ever going to happen?

A: “Electric is the future for urban riders and we already have scooters that have a range of 200km and perform very well. If they were priced a little less than the C evolution, which is a top class offering, and maybe were more in the mid-scooter range that would be good. This is the right road to go on electric mobility.”

Q: In a future of electric vehicles, what would you do with the last litre of fuel on the planet?

A: “Take a GS and cross the Sahara. I only hope by that time the boxer engine is efficient enough to allow me to do it on just one litre!”