Is there an ‘MOT loophole’ costing riders thousands in fines? 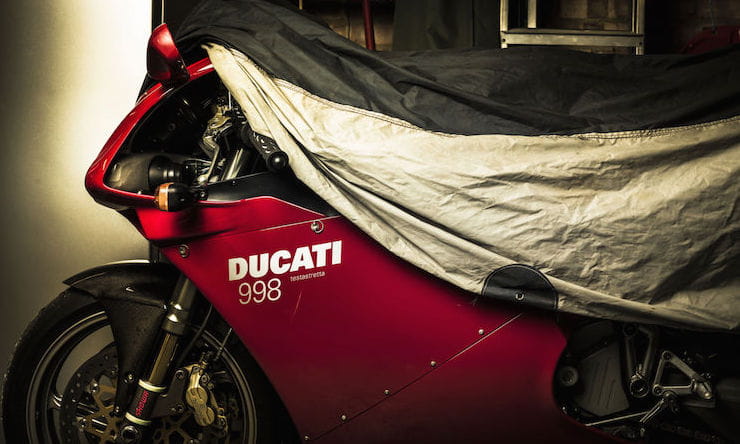 National newspapers are getting in a tizzy over an ‘MOT loophole’ that’s supposedly landing road users with massive fines, points and even driving bans.

But this particular storm isn’t worth the teacup it came in.

On Monday the Sun’s website said: “Motorists across the UK are being slapped with fines for opting to have their new MOT done before the old one expires.” On Wednesday the Express joined in, headlining its tale “This MOT loophole could see YOU land £2,500 in fines and three penalty points.”

Scary, huh? So what’s changed to bring all this about?

The answer is… Nothing.

Both papers cite a website called ScrapCarComparison.co.uk, suggesting that’s the source of the story, but there is no change to the rules and certainly no ‘loophole’ to catch people out, just the status quo that’s existed for years.

The supposed loophole occurs when you take a car, or bike, for its MOT test before it actually falls due. Under the current rules, you can undergo an MOT test up to a month before it’s actually due while preserving the original anniversary date. Pass it and you’re effectively getting an MOT certificate that’s valid for 13 months.

It’s purely there for convenience and to make sure that you’re not penalised with a foreshortened MOT for not leaving it to the last minute.

The confusion crops up when your vehicle fails one of these early MOT tests. In this situation, the old MOT certificate remains valid until its expiry date. While that might be seen as a bit of wriggle room, giving time to fix whatever you failed the more recent test on, it’s important to understand that the MOT isn’t a guarantee of roadworthiness. So if the failed test picks up on something that needs to be fixed to make sure you stay legal, then venturing onto the road without fixing it is illegal. But it would have also been illegal if you hadn’t just failed an MOT test – it’s just illegal to use an un-roadworthy vehicle on the road.

We got in contact with the DVSA (Driver and Vehicle Standards Agency), the body responsible for the MOT test, to get clarification.

They confirmed that following an MOT fail, when your MOT is still in date, you can drive the vehicle away but it’s still your responsibility to make sure that vehicle is safe and legal.

So if you’ve failed the test on illegally worn tyres, broken lights or anything else that means it’s no longer legally considered roadworthy, then you’ve got a responsibility to fix that problem before using the vehicle on the road.

That has always been the situation. The fact is that if your vehicle isn’t roadworthy you can be on the hook for a penalty, even if it passed its MOT with flying colours five minutes earlier.

Many years ago you might have stood a better chance of getting away with it, though. While police can easily see worn tyres or broken lights, it’s harder for them to pick up on more subtle problems – weak brakes, for instance – that might also lead to an MOT fail. Before 2005, when the MOT system was computerised, you might be told to present your valid MOT certificate at a police station to prove the vehicle’s legality. Now, anyone – police included – can instantly check on a vehicle’s MOT status by entering the registration at vehicleenquiry.service.gov.uk, or get its full MOT history back to 2005 at www.check-mot.service.gov.uk, including details of any reasons for failed tests and even advisory notices.

That means police, and anyone else, can see if your bike has failed its MOT, even if the old one is still valid. They can also see what it failed on, and if it’s something that makes it illegal to use on the road there’s a good chance they’ll pull you over to check it’s been fixed. So the police have a better armoury than before when it comes to identifying vehicles to pull over and knowing what to check for when they do.

But as far as loopholes are concerned, there isn’t one. The rules are just as they always have been; if you want to use a vehicle on the road, it needs to be road-legal. Simple as that.

So is there a disadvantage to having your MOT done early? Not at all, provided you intend to fix any faults straight away. And that’s just common sense.