The Queen’s Speech: What it means for motorcyclists 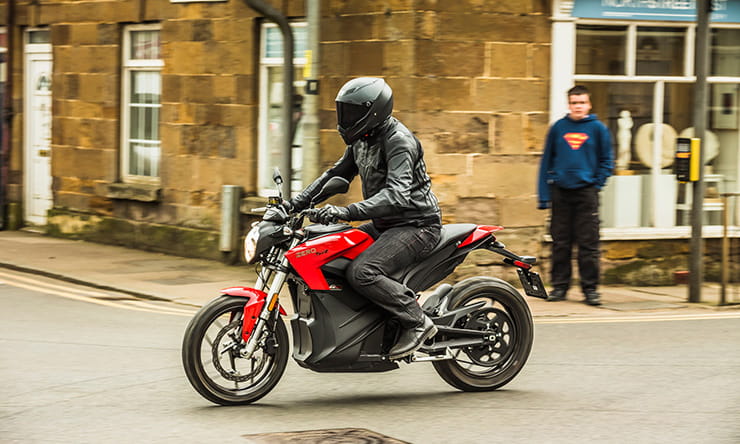 Photo: Electric bikes could benefit from the outcome of The Queen's Speech today

It’s no surprise that the focus of today’s delayed Queen’s Speech was largely on Brexit and terrorism but it also contained several points that will have an impact on road users.

The speech, which sets out the legislation that the Government aims to bring into law over the next year, confirmed the plans to introduce three new laws that might have in impact on motorcyclists.

First, the speech confirmed the Government’s ambitions to accelerate the use of electric and self-driving vehicles on the country’s roads. The Automated and Electric Vehicles Bill, should it be passed into law, will help draw up the framework that makes both technologies more accessible.

With a growing number of electric bikes either in production already or in the pipeline, and major manufacturers including Honda and Yamaha planning to get in on the action in the next year or so, the electric element of the bill will be welcomed. It’s set to make it a legal requirement for petrol stations and motorway services to install electric charging points. And more important still, it aims to establish a standard for electric vehicle charging, rather than the mish-mash of AC, DC, fast-charging and slow-charging outlets that are sprinkled around the country at the moment.

Should it come into force, electric bike buyers will be safe in the knowledge that there are plentiful charge points that are just as easy to find as petrol is today. And provided the standards chosen for the infrastructure are up to date, those charge points should allow high-speed charging for vehicles capable of accepting it.

The Conservative manifesto said: “Our ambition is for Britain to lead the world in electric vehicle technology and use. We want almost every car and van to be zero-emission by 2050 – and will invest £600 million by 2020 to help achieve it.”

In the speech, the Queen said: “My government will work to attract investment in infrastructure to support economic growth. Legislation will be introduced to ensure the United Kingdom remains a world leader in new industries, including electric cars and commercial satellites.”

The other element of the Automated and Electric Vehicles Bill will relate, as the name suggest, to self-driving vehicles. While self-riding bikes are something of a pointless idea, there’s no question we’ll be sharing the road with robotic cars in the very near future and this bill will help pave the way to that. In particular it will “extend compulsory motor vehicle insurance to cover the use of automated vehicles, to ensure that compensation claims continue to be paid quickly, fairly, and easily, in line with longstanding insurance practice.” 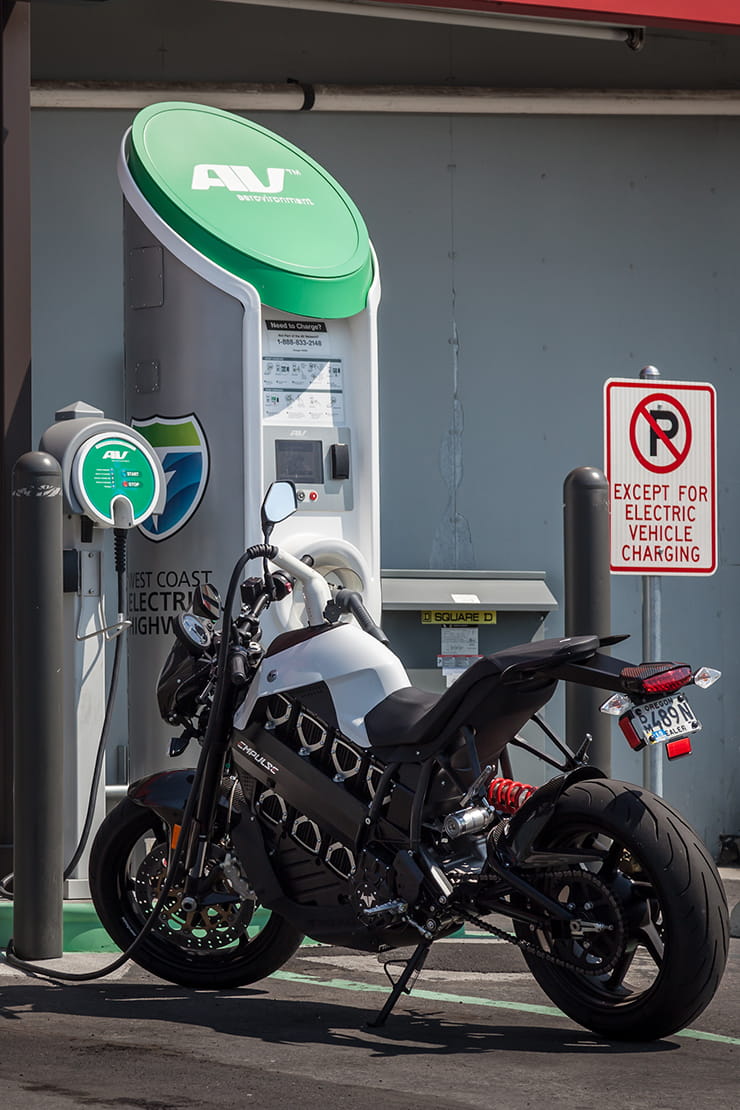 Photo: a Brammo Empulse at a generic charging station in the USA

Insurance is also the subject of another planned law, to be set out in the new Civil Liability Bill. This is intended to “crack down on fraudulent whiplash claims and is expected to reduce motor insurance premiums by about £35 per year.”

The Queen mentioned the bill, saying: “Legislation will also be introduced to modernise the courts system and to help reduce motor insurance premiums.”

At the moment, it’s all too easy to falsify injuries, prompting dubious practices and faked or intentional crashes. The new Bill will make it illegal for insurers to offer to settle claims without the support of medical evidence, and will introduce a fixed tariff of compensation for whiplash injuries.

If it succeeds in bringing down premiums, it’s likely to be a welcome development.

Bike buyers will also benefit from another planned law, outlined in the Good Mortgages Bill. It’s aimed at protecting borrowers who use goods – like a car or a bike – as security against a loan (a so-called ‘logbook loan’). At the moment, such loans are still covered by Victorian-era laws, and the new rules will help protect them from having their vehicles repossessed.

However, more importantly, the proposed law will also protect buyers of second-hand vehicles. At the moment, you’d need to carry out an HPi check to see if there’s an outstanding loan against a used vehicle. While that’s always a good idea anyway, the proposed rule will protect buyers to make sure that their vehicles can’t be seized to pay off debts owed by former keepers, and nor could the new buyer be asked to pay off those debts.

“People who buy a second-hand car without knowing it has a logbook loan attached can have their vehicle seized or be made to to pay off the debt themselves - so better protections for these consumers are also welcome.”