Big Summer Transfer: Harley-Davidson in for Ducati. But they face competition… 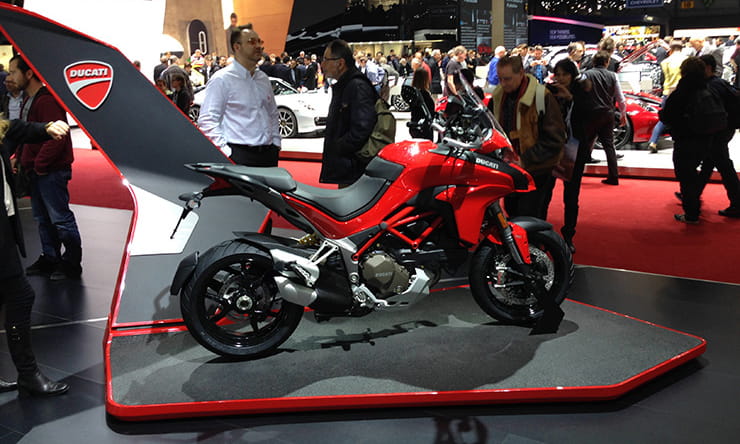 After BMW and AMG-Mercedes now Audi looks to end its Italian motorcycle experience. The deal to buy Ducati seems like a competition between Indian giant, Bajaj and the American icon, Harley-Davidson.

From rumours to the news: VW aim to sell Ducati

Yesterday, the news of Ducati being for sale was confirmed when international press agency Reuters announced Harley-Davidson’s interest in Ducati, stating that merchant bank, Goldman Sachs, had been appointed as an advisor for the Milwaukee firm.

Not only have the economics been in Ducati’s favour but last year in Austria, factory rider, Andrea Iannone, picked up Ducati’s first MotoGP win since Casey Stoner at Phillip Island in 2010. This season Andrea Dovizioso is now a serious contender for the 2017 World Championship after two consecutive wins and all team made a consistent upgrade.

The impact of the diesel-gate event is the main reason. The Wolfgang headquarters has set aside some €18 billion to cover the fallout of the scandal, but experts believe the final bill will rise to around €22-23 billion. Volkswagen also announced it would be slashing 30,000 jobs by 2020 and ramping up investment in new technologies such as self-driving cars. This is the shock treatment applied by the former Porsche CEO Matthias Mueller, who replaced Martin Winterkorn at the steering wheel of the biggest worldwide car manufacturer.

The second reason is the end of megalomaniac era of Ferdinand Piëch, genius and charismatic Austrian President of VW, nephew of Ferdinand Porsche – the creator of you’ve guessed it, Porsche. His vision for the VW group was unlimited thanks to fierce rivalry with other German car companies. Under his control, VW bought Bentley, Bugatti, and Lamborghini. He acquired Scania and MAN to contrast Mercedes on truck business and Ducati for the challenge on the motorcycle field against BMW.

Matthias Muller isn’t a dreamer but a realistic manager. His financial strategy ultimately ends with the mere fact that selling a motorcycle company for VW Group is the easier task than selling other cars assets.

The last reason is that motorcycles are poor business. On the contrary of the car industry, in the motorcycle market there’s no luxury sector where manufacturers earn €30-50,000 margin profit for every Bentley or high-end Audi sold. If they wish to maximise profits gain money they must first increase volumes in emerging markets, as KTM did with their partnership with Bajaj in India and Philippines. 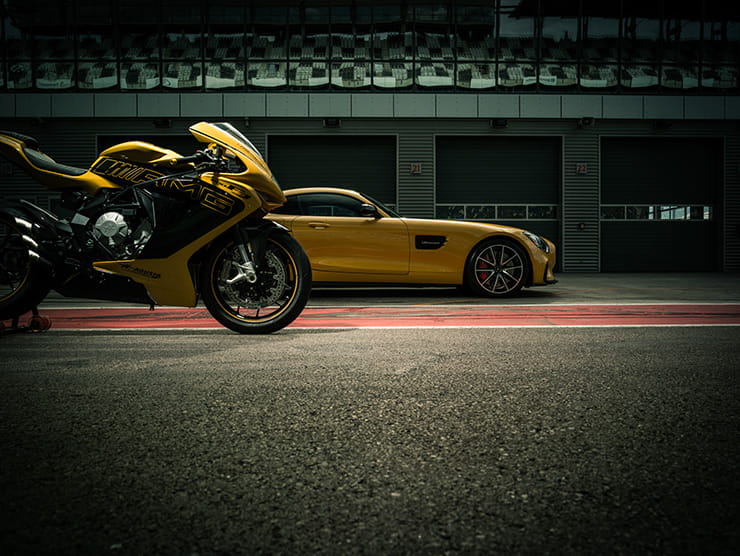 The contenders: BAJAJ vs Harley Davidson

The betting man looking at the two official contenders would surely back Bajaj. It’s the second largest Indian motorcycle manufacturer and the largest worldwide for the three-wheeler famously produced by Piaggio by licensing Vespa and Ape for the Asian market. Now it’s the main KTM shareholder, with 48% of KTM AG with the majority of the 203,424 sold in 2016 (KTM + Husqvarna) being produced in India. Bajaj is the perfect player to push the Scrambler and Ducati sports lineup across the Asia Pacific market.

In the other corner, the Harley-Davidson merger and acquisition history isn’t such a happy one. Starting back 1960, H-D bought Aermacchi, the motorcycle division of an army aircraft company located in Varese, Italy. The new HD-Aermacchi company continued until 1978 through highs and lows, before being sold to Castiglioni family (current owners of MV Agusta). Harley-Davidson got back into the sports bike market with Eric Buell, which arguably worked, especially with brand awareness.

Sometimes history returns (often to haunt), and in 2007 the Milwaukee firm returned to Schiranna to snap up MV Agusta. Just the time to paid debts and invest in the three cylinder lineup that exploded the worst financial crisis in modern history. The key event of course was the collapse of Lehman Brothers and the beginning of the credit crunch which signalled a real disaster for motorcycle market, and H-D who, in September 2009 spread an official statement to discontinue Buell and to sell MV Agusta. Both were loss-making companies while Ducati remained profitable and its range of models fitted alongside HD’s iconic cruiser range.

The failure of German investment in Italy

Starting with BMW is interesting to understand why the top three premium German brands - excluding Porsche - have failed with their Italian investments. Each has a rich and historic history in the automotive industry and while Italians hold a strong respect for German manufacturing but don’t love them, it’s the Germans who love Italian goods but have no respect for Italian habits: