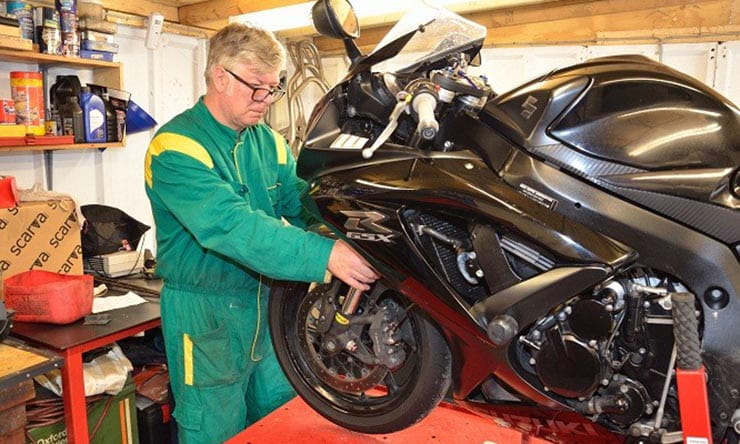 The annual MoT test has been around since 1960 and was brought about by the then Minister of Transport. Originally a simple check of lights, brakes and steering which only had to be carried out every 10 years. It’s now an annual test for vehicles over three years old, and the government is looking to extend that to four years before cars and bikes have to undergo the test.

Westminster think that this move could save motorists £100 million a year while also bringing England, Wales and Scotland in line with Northern Ireland, where MoTs after four years have been the norm for some time. The Ministry of Transport believe that advances in technology during manufacture, coupled with improved vehicle safety systems have made riding and driving in the UK safer than ever. In the last decade, the number of three and four-year-old vehicles involved in accidents where a vehicle defect was a contributing factor has fallen by two thirds, from 155 in 2006 to just 57 in 2015.

Andrew Jones MP is one of people proposing to draft in these changes. He said: “We have some of the safest roads in the world and MoT tests play an important role in ensuring the standard of vehicles on our roads. New vehicles are much safer than they were 50 years ago, so it is only right we bring the MoT test up to date to help save motorists money where we can.”

To get some insight from an MoT inspector we spoke to Lee Stone, two and four wheeled MoT tester at Stones Garage in Coventry. “Personally, I think that the four year first MoT is a bad thing. Not so much from a business standpoint, yes we will miss a year’s trade but that will even out again. Its more from a safety point of view. People already think the three-year new vehicle means they don’t have to service their vehicle for three years. The amount of first MoT bikes and cars we see with excessive brake wear, wheels out of alignment and defective tyres is huge.”

According to the Driver and Vehicle Standards Agency the most common causes of MoT fails are simple to fix problems such as faulty bulbs and, as a rule, you should check items like this prior to the test. BikeSocial’s guide; How to avoid an MoT fail is a quick tool to help you and your bike prepare for the test and hopefully pass with flying colours.

Subject to public consultation the new MoT rules could be in place for 2018. You can visit the official site here and to have your say, as a member of the public or as an MoT tester, click here.