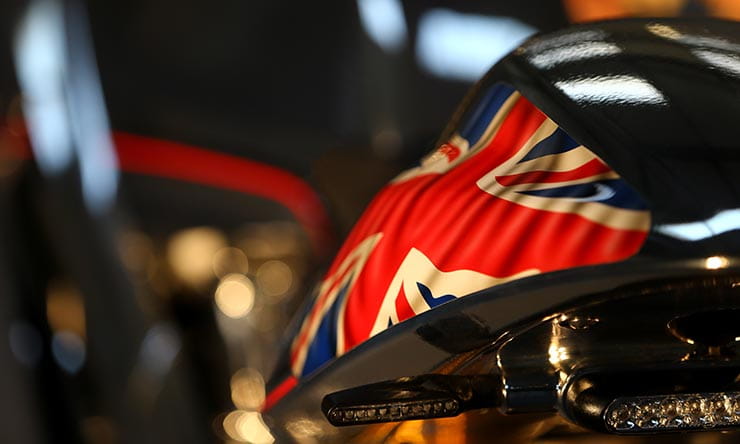 Britain’s Motorcycle Industry Association (MCIA) has called upon the government to continue to adopt the EU standards and allow businesses within the industry to secure EU labour.

The association says that the industry employs over 58,000 people in the UK and contributes £7.3billion to the economy each year.

In addition to major bike manufacturer Triumph, whose Chairman Lord Digby Jones was an active campaigner for Britain’s departure from the European Union, the country has a number of boutique manufacturers, such as Ariel, CCM and Norton, and hosts the European headquarters of both Harley-Davidson and Honda.

In a statement, the MCIA said: “The EU is a vital trading partner and will remain so after Brexit. As a result, the UK motorcycle business seeks a trading relationship with the EU which preserves several key elements of the current relationship. Single Market access is vital, but Brexit also offers an opportunity to remove the UK from those aspects of EU membership that stifle innovation, impose burdensome regulation and suppress market development.

“The motorcycle industry is in favour of a bespoke full automotive (including motorcycle) trading deal with the EU, which also covers tariffs and customs procedures – rather than full Single Market, EEA or Customs Union membership of the EU. The deal should in essential areas mirror the current arrangements for the single market on trade and vehicle technical regulations, but not include non-technical regulations such as driver/rider licences and vehicle insurance. Such a deal should also allow automotive free trade agreements with non EU countries to be established by the UK.

“Given the numbers of businesses and jobs potentially at risk, it is vital that governmental actions secure the UK’s position both in European trade now and in European and global trade in the future. Maintaining good relations with the EU during negotiations will be a key fundamental to success – as will developing a positive relationship with British business.  Free movement of labour is a key fundamental, as approximately 25% of labour in the domestic motorcycle industry is EU sourced and the UK suffers from both skill shortages and ‘willingness to work’ issues among the domestic workforce.”

The MCIA also stated that in terms of technical regulations, manufacturers have no intention of moving away from the current EU rules, meaning that bikes sold in the UK would still need to adhere to the current Euro4 regulations. However the MCIA also stated that it would like the government to look at separate rules for small scale manufacturers, allowing them to develop new models in small quantities without the expense of having to meet the stringent technical regulations.

While technical regulations are expected to continue to EU standards, the MCIA has said that a new set of rules should apply to non-technical matters such as rider licencing and insurance, however the industry body hopes that ‘mutual recognition’ of licences and insurance should be negotiated.

You can read the full MCIA statement on its website.