Mobile phones are bigger worry on the roads than drunk drivers 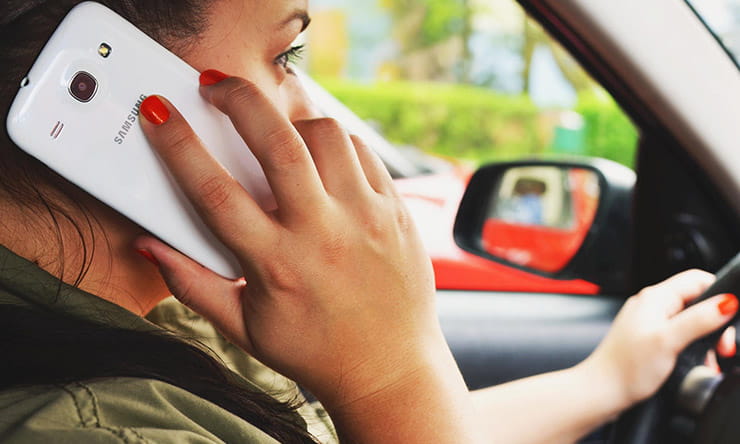 Drivers using mobile phones have long been a bugbear for anyone on two wheels. Anything that makes them less likely to notice us puts our lives at risk, and mobiles are without doubt the number one reason for driver distraction.

But despite the fact that you’ll inevitably see half a dozen drivers using their phones on virtually every journey you take, a new survey from the Institute of Advanced Motorists’ charity arm, IAM Roadsmart, shows that other road users overwhelmingly share our concerns.

Using data from around 2000 interviews across the spectrum of road users, IAM Roadsmart’s Driving Safety Culture Survey 2017 gives a snapshot into the fears and attitudes of others. And while it’s easy to believe that, as motorcyclists, we’re more aware of the risks that the average person, it’s heartening to see that the same concerns are actually felt by virtually everyone. 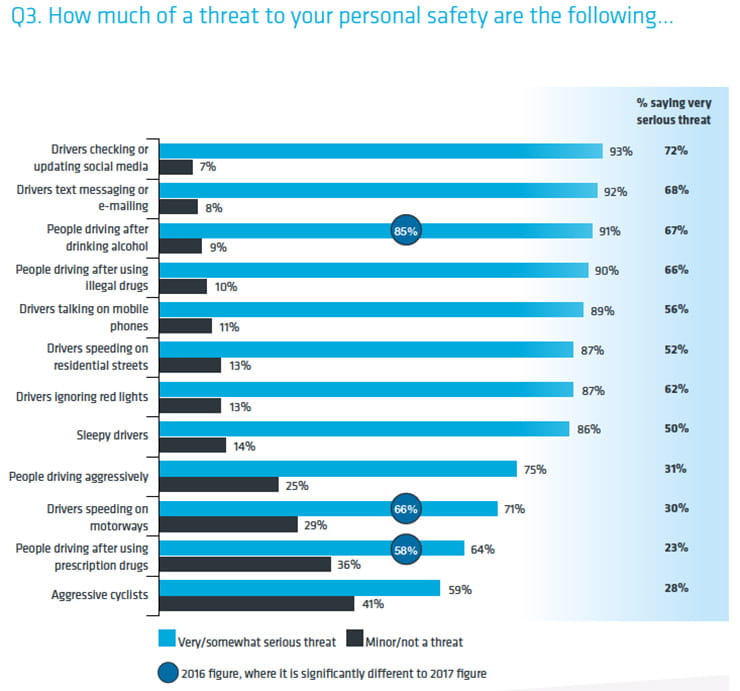 The biggest fears are related to mobile phones and technology. ‘Drivers checking or updating social media’ is now perceived as the greatest threat to people’s personal safety, with 93% of the survey’s respondents classing it as ‘very serious’. Next up comes ‘drivers text messaging or emailing’ – 92% of people consider it a very serious threat, greater than the 91% who put drink-drivers into that category. Drugged drivers were considered a serious threat by 90%, just ahead of those talking on mobile phones, at 89%.

As well as perceived risk, the survey asked about the social acceptability of various driving offences. Interestingly, just 6% considered it acceptable to check social media while driving, with the same percentage considering it OK to type texts or emails on the move. Those figures match the 6% who reckoned it’s socially acceptable to drive after having too much to drink. Only a few more, 9%, thought talking on a hand-held phone is acceptable.

It’s quite a landmark to see distracted drivers being put in the same category as drink-drivers.

Perhaps unsurprisingly, the younger drivers were happier to check Facebook on the move, with 12% of 17-34-year-olds considering it acceptable. But it’s not simply a case of technophobia among the older generations; the youngest category was simply more likely to take risks, with 11% seeing drink-driving as an acceptable behaviour. 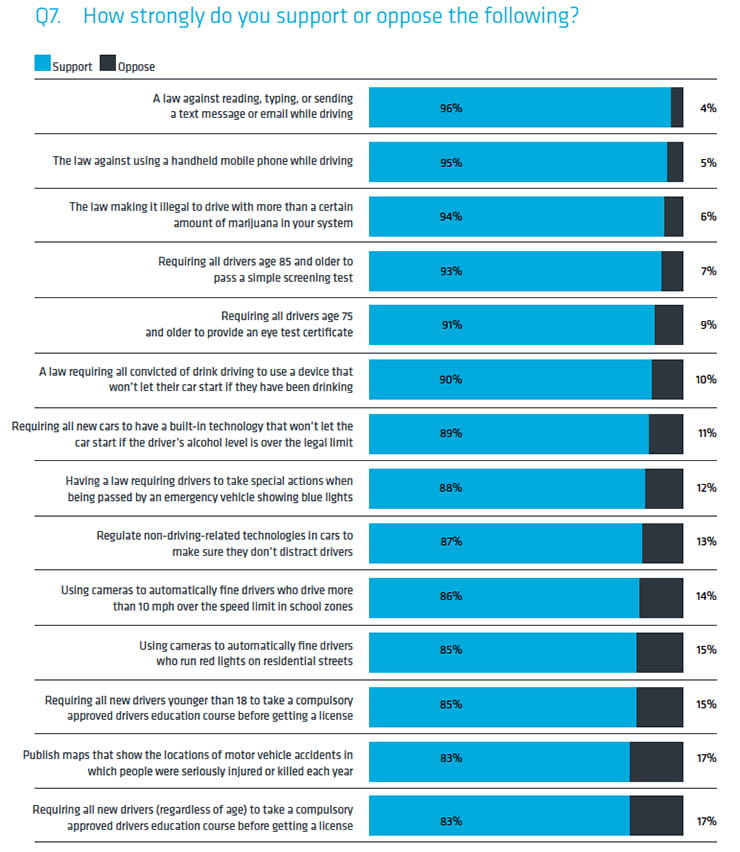 Speed less of a concern

While successive governments have spent decades banging at the ‘Speed Kills’ drum, it’s clear that the general public can see that it’s actually a much more nuanced subject than simply a case of sticking to limits.

Precisely 50% of the survey’s respondents considered it acceptable to travel 10mph above the speed limit on a motorway, with a quarter saying that speeds more than 10mph over the limit were OK. 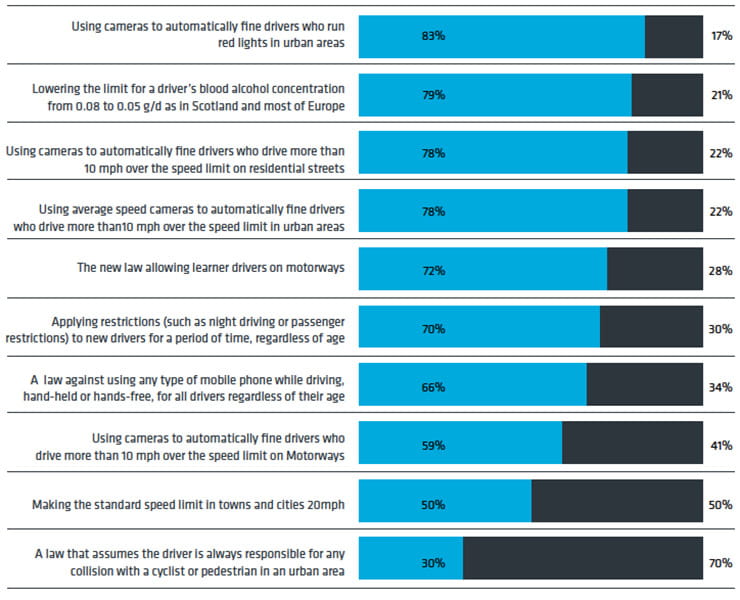 Asked whether there should be legislation or policing changes, again the majority focussed on mobile phone use.

A full 96% agreed with the idea of laws against texting or emailing, and 95% were against talking on mobile phones. Of course, both are already illegal.

In terms of ideas that haven’t been implemented already, there was strong support (93%) for a screening test for drivers over the age of 85 and (91%) for compulsory eye testing for drivers over 75.

More surprisingly, 89% opted in for the idea of putting technology on new cars that would prevent them from starting if the driver was over the drink-drive limit. That’s more than the 86% who’d agree with automatic cameras fining drivers doing 10mph over the speed limit outside schools.

Again, the more acceptable side of speeding was reflected in the fact that only 59% were in favour of motorway cameras that would catch those doing more than 10mph over the limit. And just 50% believed that speed limits in towns should be reduced to 20mph.

The least popular idea for new legislation to be floated in the survey was the idea of a law to assume drivers are responsible in any urban crash with a cyclist or pedestrian. Only 30% of the respondents liked that one.

Although the survey isn’t likely to lead directly to any changes in the law or in police attitudes to existing crimes, the increasing vilification of driving while using a mobile phone is interesting, and from a motorcycling point of view surely a positive shift in attitude.