Yamaha MT-09 SP in the pipeline 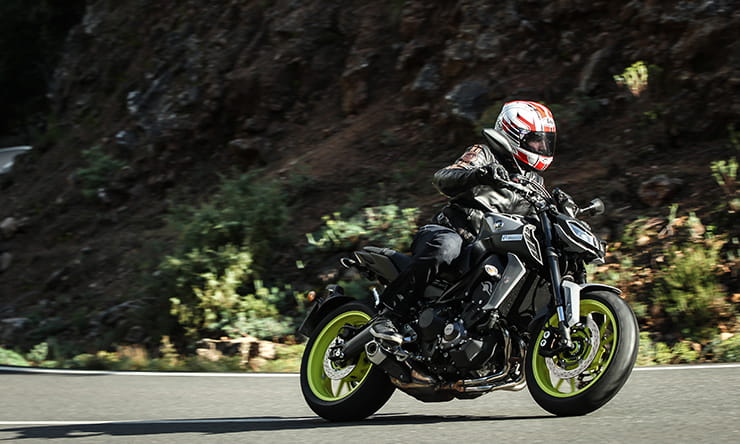 Leaked documents reveal that Yamaha is to add an improved, more expensive version of the hugely-popular MT-09 naked bike to its range for 2018. Called the MT-09 SP it will draw on the successful MT-10 SP for inspiration and offer buyers a sportier alternative to the stock MT-09 triple.

Late last year Yamaha revealed the MT-10 SP as a high-spec derivative of its already-impressive, R1-derived MT-10. Featuring the Ohlins semi-active suspension and TFT instruments from the homologation-special R1M, it’s a hefty £2700 more expensive than the normal MT-10 at £13,699. Despite that price, so far this year it’s outsold it’s cheaper sibling in the UK market.

It reflects a trend for buyers of machines in the naked class to opt for higher-specified, more expensive derivatives. In a world where the majority of sales are done using finance, particularly PCP deals, with low interest rates and a focus on monthly payments rather than outright cost, the better bikes are too tempting for many to pass up.

That in mind, the plan for an MT-09 SP makes a lot of sense. Triumph’s three-cylinder rival, the Street Triple, has long sold better in ‘R’ and form than in base spec, and in its latest 765cc form Triumph has added the even spicier RS version to the range. The MT-09 – revamped for 2017 with much improved suspension and aggressive new looks – is as close as you can come to a rival for the base-spec Street Triple 765S. Its power is near-identical; 115PS for the Yamaha, 113PS for the Triumph. Its price is £1 away at £7999 vs £8000. 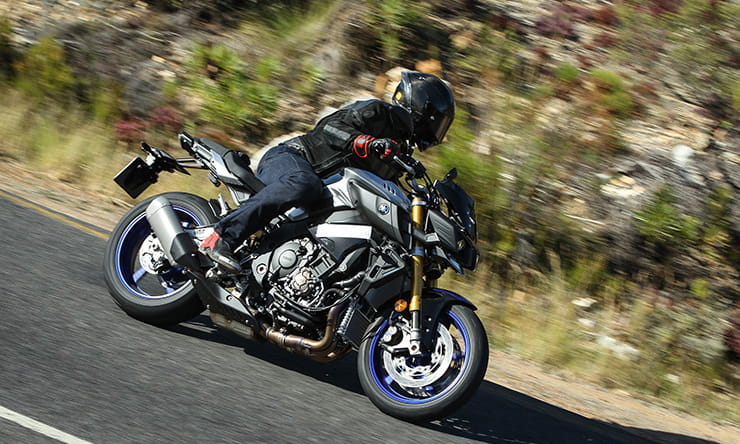 Documents seen by BikeSocial reveal that Yamaha will have five 2018-spec bikes powered by its 847cc, three-cylinder engine. Among them are the existing MT-09, the Tracer 900 (MT-09 Tracer in some markets) and the XSR900. A fourth is the little-known MT-09 TRP, a police-spec Tracer that’s been offered to emergency services since 2016. The fifth is the as-yet-unreleased MT-09 SP.

We know that its engine is unchanged. Like the stock MT-09 it makes 115PS, or 113.5 imperial horsepower. That’s close enough to the Street Triple R’s 118PS (116.4hp) to make it a viable rival, provided the MT-09 SP can offer handling to match the impressive, Showa-spring Triumph’s.

Given Yamaha’s close ties with Ohlins, it makes sense for the firm to once again raid the Swedish company’s stock cupboards for the MT-09 SP. We doubt it will go as far as the semi-active kit of the MT-10 SP, but you can be certain the MT-09 SP will have higher-quality damping than the stock MT-09. It’s also likely to adopt the silver-and-blue paintwork that marked out first the R1M and then the MT-10SP.

In terms of price, by slotting the MT-09 SP in at around the £9000 mark Yamaha will create another stepping stone in the MT range, spaced neatly between the MT-09 and the MT-10. We’re expecting the bike to be introduced at the EICMA show in Milan later this year and to become available in early 2018, although the model’s appearance on official documents means it could emerge even sooner than that.