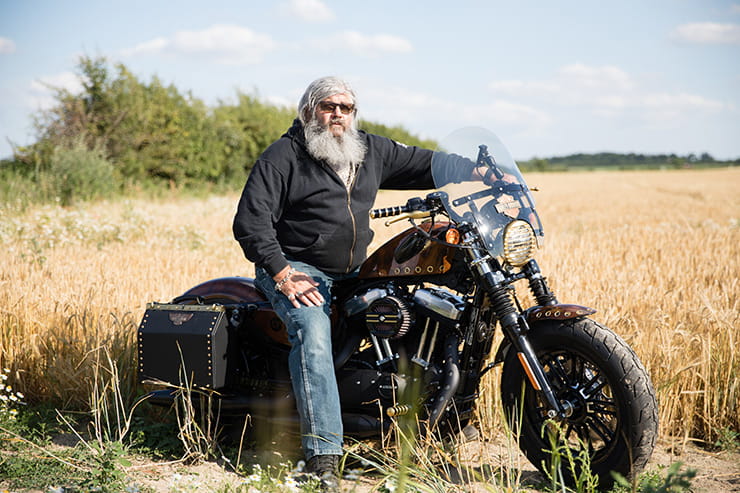 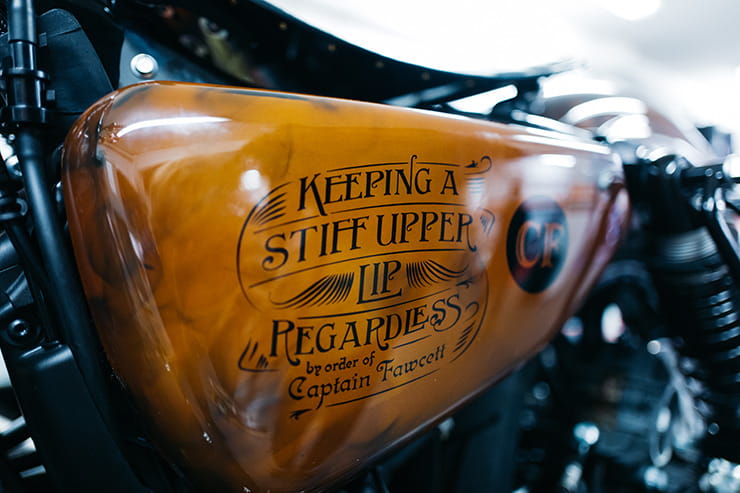 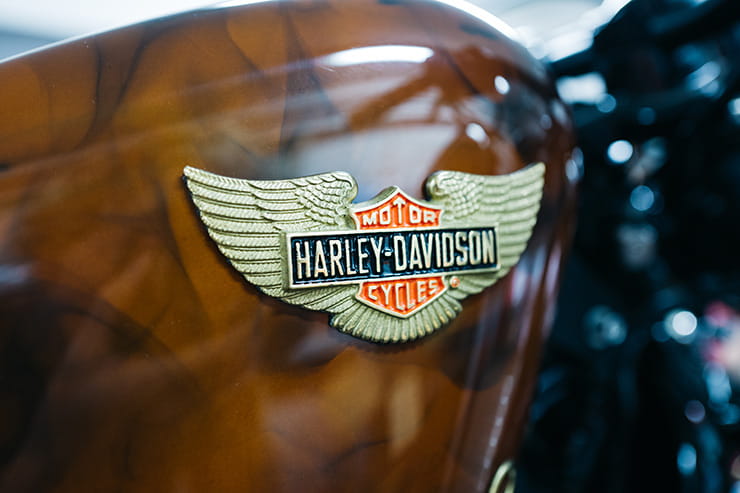 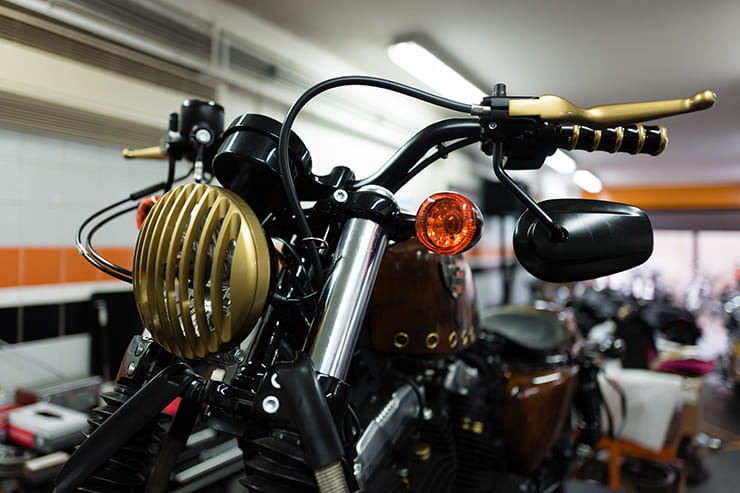 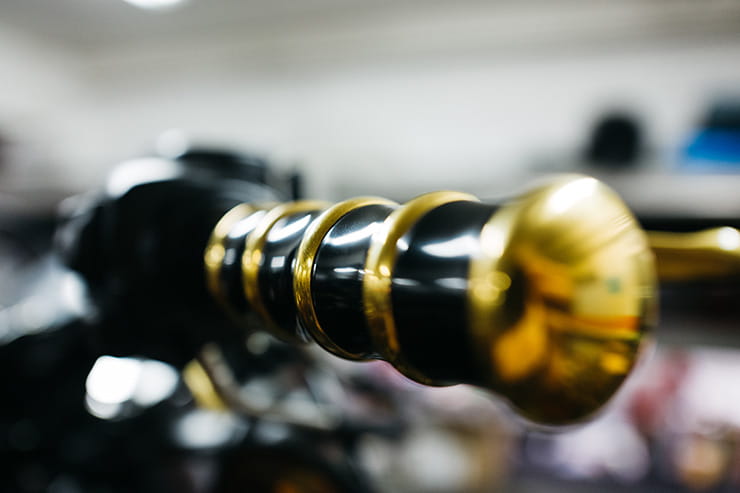 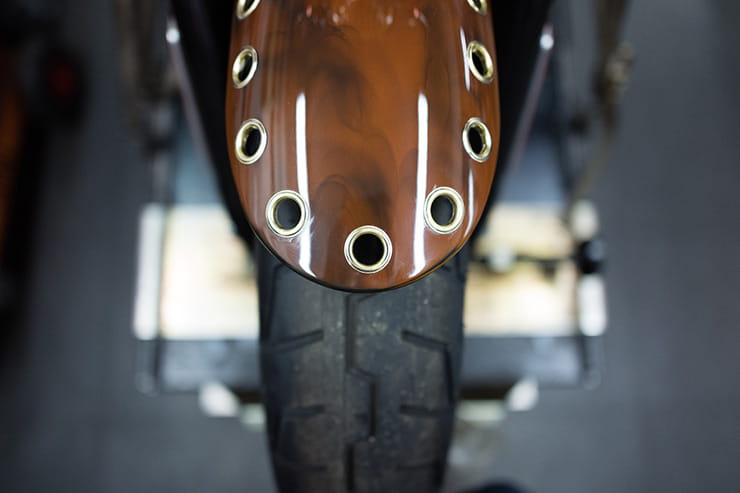 Wallet on a chain: check.

Seriously. Here is the definitive bespoke motorcycle if you were to combine Harley-Davidson with a fine men’s grooming brand; a portable grooming station if you will, with bespoke Gladstone bag-style saddlebags, complete with drop down mechanism to reveal a host of Captain Fawcett products and pull out mirror.

Linzi, along with Newmarket Harley-Davidson, were commissioned by Richie Finney, the man behind Captain Fawcett, to bring the Dark Custom Forty-Eight’s customisation vision to life. And, although Linzi started building motorcycles at just 16 years old, beginning with a wrecked Harley-Davidson SST250, a gift from her parents, the Captain Fawcett Forty-Eight is the first project bike she has been heavily involved in since retiring from the custom bike scene in 2006. 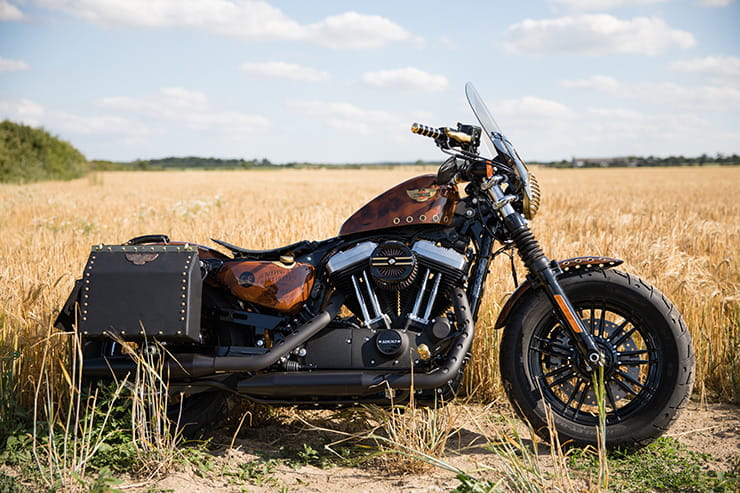 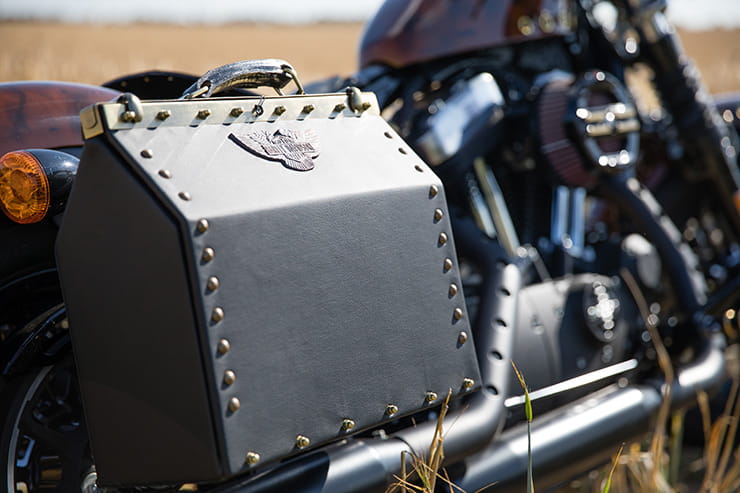 “The bags are completely original and something that just popped into my head to combine saddlebags with a drop down display. I suppose that the old Wild West snake oil sellers’ carts were somewhere in my mind at the time,” said Linzi.

The slick, wood-style paintwork came via Beans Paints and Parts in Cambridgeshire. After starting with a base coat of white paint, Beans applied an old-school swirling smoke effect that was common on motorcycle tanks in the 60s/70s – this technique is by using a naked flame and creating smoke from an acetylene torch to produce the desired smoky appearance. A clear coat was then applied, before candy gold paint and translucent dye with a final clear coat over the top to provide the finish. The side panel artwork was created using custom cut stencils of Captain Fawcett’s logo and visuals with black paint and a continuation of the eyelet style from the mudguard on to the tank.

Speaking about the finished Forty-Eight, Richie Finney said: “To be honest, it is more than I thought it would be – and I already had dreams of how good it would look. Linzi Mumford with Harley-Davidson’s experienced Custom King’s have done a tremendous feat in creating  a rolling showcase of creative design worthy of wall space in the Captain’s emporium. However, it is a Harley-Davidson and it’s meant to be ridden, which of course it will be… everywhere. That’s how much this bike appeals to me.”