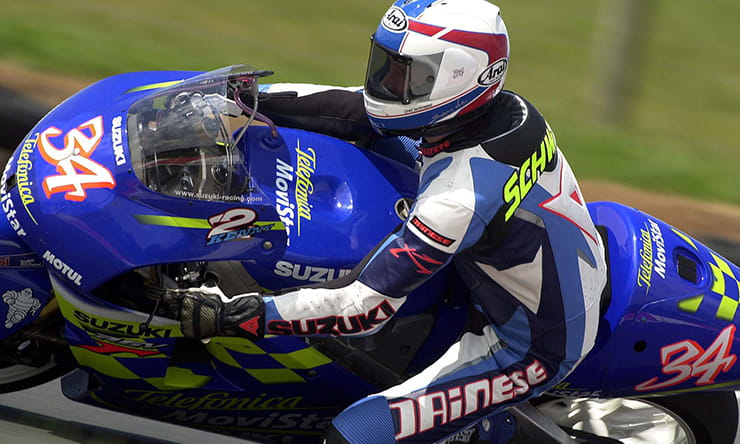 On the eve of his scheduled appearance to race at this weekend's Goodwood Revival meeting, Kevin Schwantz has taken to his Facebook page to announce he has retired from racing once again.

Schwantz, who won the 500cc Grand Prix world championship for Suzuki in 1993, appears to hanging up his Arai for good. The Texan bowed out of GP racing in 1995 but over the years he’s taken part in competitive races, ranging from racing classics at events like Goodwood through to competing at the Suzuka eight-hour endurance race in 2013, where he scored a third placed finish with fellow legends Noriyuki Haga and Yukio Kagayama. After years of his 'See God and then brake' antics, Kevin has decided enough is enough and posted a statement via his social media. These are his words, straight from his Facebook page:

To the fans in attendance at The Goodwood Revival on 9-11 September.

My apologies for the last minute decision, but after much deliberation I have decided that I no longer wish to road race competitively at any level, and therefore will not be attending  The Goodwood Revival as originally planned.

Thinking back to when I retired from Grand Prix competition in 1995, I waited until the last minute trying to convince myself that it was going to get better, and just before heading to the airport for the fourth race of the season I made the decision that I no longer wanted to put my butt on the line.  I called the team and said I wasn’t coming and retired at that moment, with ironically and unbeknownst to me at the time, 34 points.

For me, it is not possible to just get on the bike and ride for fun, I will want to ride to the limit and try and win and that risk is not something I am interested in taking anymore.

My hope is that each of you respect my decision and despite my absence, have a stellar weekend as Lord March and his Goodwood staff always provide.

We’ll miss his presence and cherish the memories his career created. Have you got a favourite Schwantz memory? Let us know: @bennetts_bike on Twitter or Facebook.com/bennettsbike 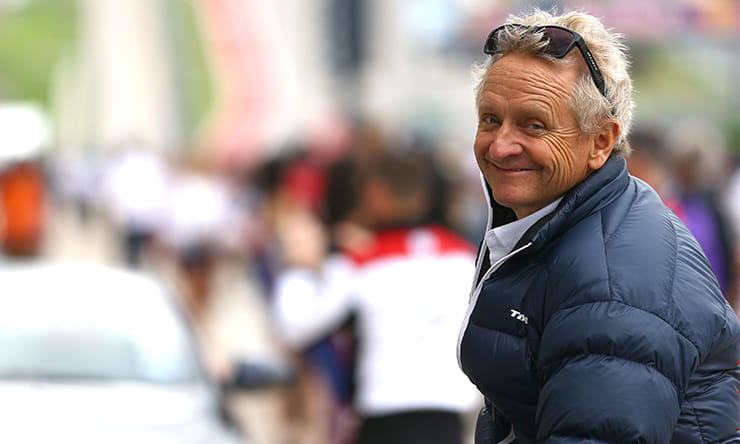