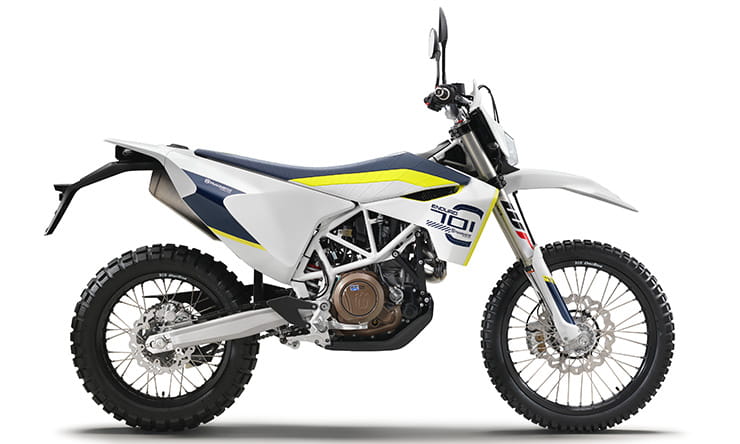 Austro-Swedish brand Husqvarna is introducing a new engine for its 701 Enduro and 701 Supermoto for 2017. The heavily revised, shorter stroke, unit has been introduced to comply with the latest Euro4 emissions regulations but still makes more power, despite the factory claiming improved fuel consumption and extended service intervals.

The big bore 692.7cc single puts out a claimed 74bhp and 71Nm of torque. The new engine, which produces 8bhp more than the old model, features a bore of 105mm (up from 102mm on the previous model) with a shorter stroke (80mm versus 84.5mm) which gives the new unit a wider rev range. Husqvarna claims the new engine has an extra 1000rpm of usable power over the outgoing model, with peak power at 8,000rpm.

The 701 claims more tech than we can ever recall on a single, with a ride by wire throttle system operating the 50mm throttle bodies and twin spark plugs on the four-valve head. The company claims 10,000km (6000 mile) service intervals, lowered fuel consumption and fewer vibes than the previous unit.

Chassis wise, there are no updates claimed for the 2017 models. Both variants utilize a chrome-molybdenum steel tubular space frame, with high end suspension from WP. The Supermoto version sports 17” wheels front and back, while the Enduro has a traditional 21” hoop up front and an 18” item at the rear. Graphics are inspired by Husky’s Swedish heritage, with the blue and yellow colourscheme echoing the national flag.

The new bikes are A2 licence compliant, although don’t expect to see too many on the road as they’re the sort of hardcore bikes that you’d expect from an off-road competition brand. 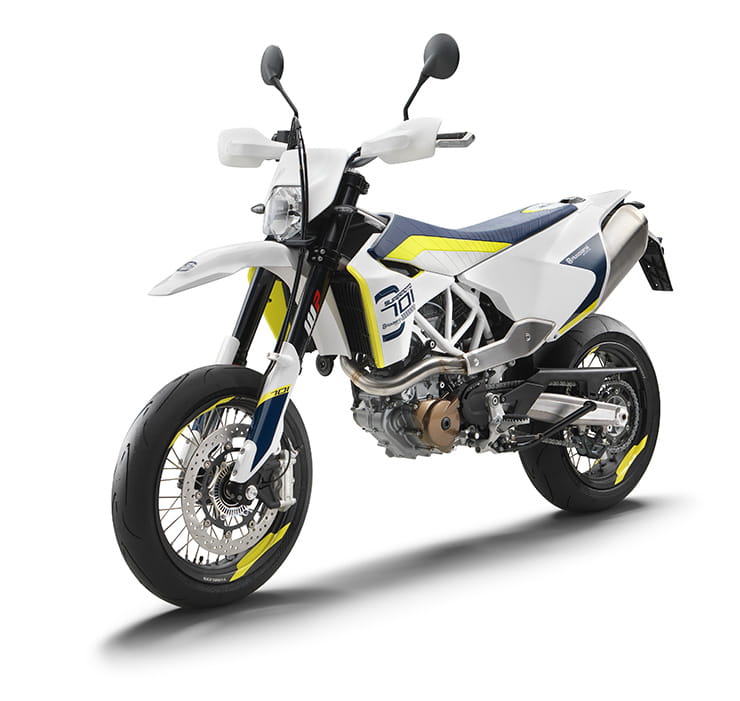