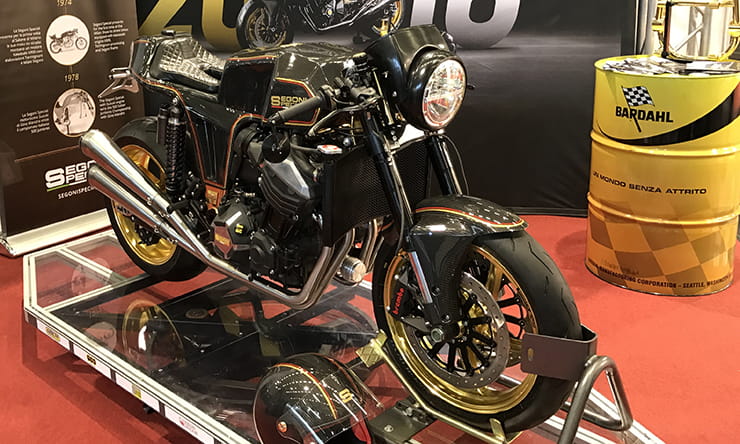 Back in the Seventies, Japanese bikes had big powerful engines in weedy and inadequate frames.

It led to the rise in a number of boutique bike builders like Bimota, Egli and Britain’s own Harris Performance producing exquisite hand built masterpieces, using contemporary engines in their own bespoke chassis.

While the advances in chassis development made these niche manufacturers all but obsolete in the 1990s a few have evolved and survived, although most have fallen by the wayside.

Many have been revived and one such brand coming back to life are Italian builders Segoni, who are producing a Kawasaki Z800 powered Segoni Special G800 Oro (or Gold, in English). The design is based on the bikes produced by the company in the Seventies and was on display at Intermot, the Cologne trade show, last week.

Segoni was formed by engineer Giuliano Segoni in 1972, starting with a Laverda SFC powered bike prepared for the Imola 200 race, before producing a number of specials based around the four-cylinder Kawasaki motors of the time.

The company closed its doors following the untimely death of its founder in 1979 but has been revived by Lorenzo Segoni, Giuliano’s son, last year. The new bike is a real work of art, featuring a tubular steel chassis that’s been plated in 24 carat gold, one-piece carbon fibre bodywork and a hand-stitched leather saddle.

It’s a real work of art, topped off with some of the best components money can buy such as radially mounted Brembo M4 calipers, OZ forged wheels and a gorgeous Arrow four-into-four exhaust system.

The G800 Oro design, created by high-end Italian automotive studio Debenedetti & Fiordi, is heavily influenced by the 1975 Kawasaki Z900 powered Segoni Special and will be built in a limited run of just 20 bikes a year. As you’d imagine, prices are not cheap. You can expect to pay around €60,000 if you want one. 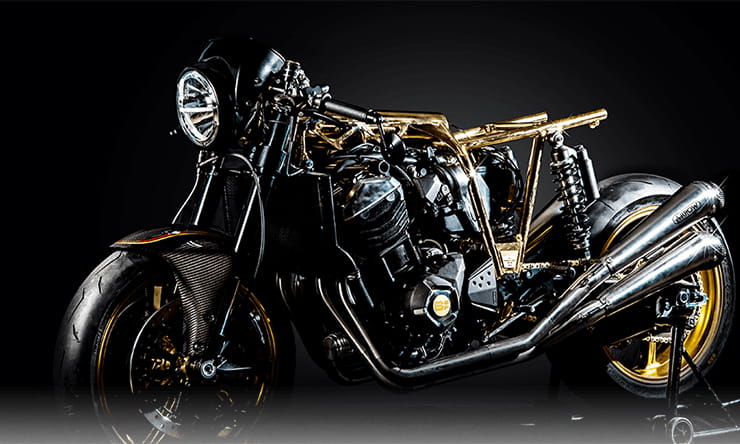